Mystery Girls: It’s Like 90210, But Donna and Kelly Are Detectives 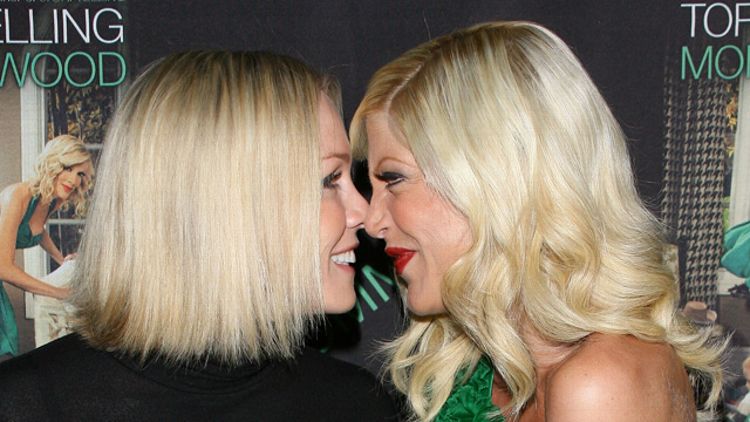 Striking while the ’90s revival iron is hot, iconic Beverly Hills, 90210 divas Jennie Garth and Tori Spelling may be teaming up for an ABC Family sitcom pilot called Mystery Girls, according to TV Line. The show will be written by Shepard Boucher, from TBS’s Men at Work, and sounds like it’ll be a hybrid of ABC Family’s biggest hit, Pretty Little Liars, and its other ’90s-actor throwback vehicle, Melissa & Joey. Although the Beverly Hills, 90210 set was plagued with feuds, notably between Garth and Shannen Doherty, who portrayed Kelly Taylor and her fictional romantic rival Brenda Walsh, respectively, Garth and Spelling (who played clotheshorse Beverly Hills princess Donna Martin) have maintained an off-set friendship for decades. ABC Family’s programming is aimed at young women and teenage girls, who it presumably hopes will get a nostalgic kick out of seeing Kelly and Donna reunite. The network might be hoping to suck in slightly older viewers, who will be able to explain to their daughters who exactly Kelly and Donna were, and why everyone once lost it over a much-too-old-to-be-in–high school greaser named Dylan.

Mystery Girls will feature Spelling and Garth playing a crime-solving duo of former television co-stars (meta!) who team up to unlock new mysteries spurred by a witness who demands to speak to them. I’m guessing they will wear ridiculous undercover disguises at some point. Spelling is technically the star of the project, and Garth is supposedly close to signing up to play her partner. The last time Spelling and Garth worked together was on the 90210 reboot, where they played the grown-up versions of their own original characters. It’s a good time for a comeback for both Spelling and Garth, since fashion has circled back around to championing all kinds of ugly things that Kelly and Donna wore back in the day. If the costume designers for Mystery Girls are smart, they’ll nod to Garth and Spelling’s Beverly Hills, 90210 past with some throwbacks. Maybe some detective trench coats in a sunflower print? Do halter tops and brown lipstick go with fedoras?

Drake Gets His Third Chart Winner and 658,000 New Reasons to Say He's the Best