‘The Jennie Garth Project’ Is Like All the Other HGTV Shows You Love, But With Less Fun and More Kelly Taylor 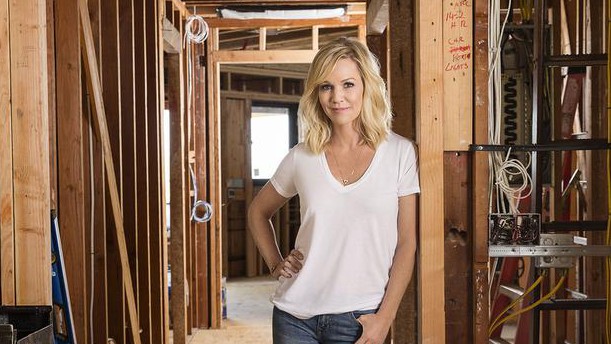 HGTV is having a moment. There was a time when discovering a mutual fondness for House Hunters could jump-start a nascent friendship. Maybe one person preferred the domestic version to the international (these people exist, and I am one of them), but regardless both parties were familiar enough with the formulaic beats to recite them to each other — a husband’s lament that his wife will get all the closet space, the concern that the property is too close to a busy thoroughfare, the house that’s marred by outdated finishings. You know what I’m talking about, and that’s because we’re a society of aspiring homeowners all tuning in to HGTV. For the week ending September 14, the network ranked no. 9 among ad-supported cable networks, and since 2013 it has outranked its corporate sibling, Food Network. House Hunters has become a gateway drug to the hard stuff like Property Brothers, Flip or Flop, and Love It or List It. It’s even good enough for superstars like LeBron James. In early October, he’ll be on an episode of Rehab Addict, resuscitating an Akron home with his two sons. After 20 years of existence, HGTV has weaved its way into television’s fabric.

Jennie Garth is trying to ride the home renovation wave and make that moment hers. Last night, The Jennie Garth Project premiered on HGTV. Jennie purchased a ranch home in the Hollywood Hills from unnamed friends, and the series will follow her as she guts and rebuilds it. (Hopefully her “friends” won’t be too offended by the drastic changes.) In the first episode, we got to watch her pick out a blue couch, purchase a bonsai tree, and install a modern take on a fireplace. The fireplace is really more like an exposed flue or a fire feature, in the way a decorative fountain is sometimes referred to as a “water feature.” It lacks the hearth aspect of a fireplace, in a literal and figurative sense, and it doesn’t suggest warmth at all. It hangs from the ceiling, and it’s supposed to swivel so that it can expose the open part — presumably where the flames would emanate — to all corners of the living/dining room. The mechanism for the swivel action was never resolved, though. She asked her construction team to set up a remote control so she wouldn’t have to don heavy gloves (to protect her hands from burns, obviously) to turn it manually. It’s unclear if this was ever accomplished; after the exchange with one member of the crew, the topic is never revisited. The main takeaway from this exchange was that on at least one occasion, Jennie conversed with one of the men laboring in her home who was not her contractor. We also know nothing about the fireplace itself — who makes it, where Jennie got the idea, what kind of heat it generates.

For all my wariness about this so-called fireplace, I’ve got an equal amount of concern for its owner. The Jennie Garth Project is the latest attempt to keep her career alive, and it happens to have premiered at a fortuitous time. Her scripted ABC Family show with fellow 90210 alum Tori Spelling, Mystery Girls, was canceled after one season and a finale viewed by (way) fewer than 500,000 people. Mystery Girls was about two actors who used to play detectives together on a TV show who then decided to team up and solve mysteries in real life. It’s shocking that a show with this conceit did not get a second season!1 Melissa & Joey notwithstanding, ABC Family is a counterintuitive home for actors trying to keep their careers afloat by capitalizing on a successful television show from the ’90s. After all, the ABC Family audience is young — viewers unfamiliar with the time Kelly Taylor almost joined a cult. They can’t even catch up in syndication now that Soapnet is off the air (a grave reality I have to face every day).

On the positive side, though, the imagined Mystery Girls audience is also likely unfamiliar with her dominant tabloid narrative: the saga of her divorce from Peter Facinelli. They broke up in 2012, which was partially captured on her CMT reality show Jennie Garth: A Little Bit Country. She has been quite open about the dissolution of her marriage, including airing out details in a memoir, Deep Thoughts From a Hollywood Blonde. In a tonally perplexing interview with Jeff Probst, she explained that they’d been separated for longer than the public knew. She then explains that she doesn’t know how to date, allows Probst to give her saccharine advice, and talks about men the way your imaginary teenage cousin might as she stares at text messages on her phone. It all leads to a bizarre image for grown-up Jennie Garth (and it doesn’t help that she still speaks in the baby voice I previously thought she reserved for Brandon Walsh). She talks about wanting to pull herself back together and move on from her marriage, but it remains her primary talking point. She never explicitly mentions divorce or Facinelli on The Jennie Garth Project, but references to her “journey” and her quest to start anew with a home that meets her specific vision are all obvious allusions to the story she’s been telling for many years.

HGTV, with its adult audience, is a more proper home for her, even if it’s not an avenue for acting. Yet The Jennie Garth Project is stripped of all the HGTV special sauce. What makes HGTV programming eminently watchable is its predictability, the vague sense of voyeurism, and the aspirations it evokes. I had no idea how strongly I felt about subway tile and the value of a customized backsplash until Property Brothers entered my life. No one knew how far their money could go in Houston or rural England, for example, until House Hunters found some people willing to pretend they were still in the middle of their house search in these respective locations. We didn’t know what to imagine until these shows revived something like the American dream.

Jennie Garth is not contributing to any fantasies. We never find out what budget she’s working with, we never find out how long her renovation is supposed to last, we never find out the price of single items, and we’re not even privy to most of her design conversations. Most of these renovation shows impressively condense the process such that four to six weeks of work are effectively conveyed in 42 minutes or less. The Jennie Garth Project is a stark contrast. The total demolition and rebuilding of her large living room was captured in a single 30-minute episode. When a problem arose with the planned pocket doors that opened out to the yard, we see Jennie rejecting the contractor’s fixes. But much like with the fireplace swivel, the resolution is never revealed. When the second of the two premiere episodes aired, there was no “Next time on …” I was concerned that this Project would also end without conclusion. But it turns out HGTV ordered 10 episodes, so we’ve still got eight more puzzling episodes to decipher.

Good for Business: Five Years in, What Does ‘Shark Tank’ Mean for America?