Miguel’s Kaleidoscope Dream and the R&B Renaissance of 2012 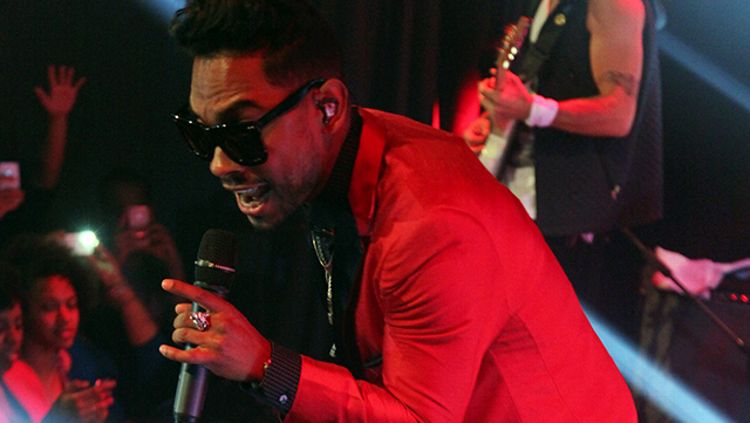 2012 is an interesting time to release music for the masses. Artists of all levels and varying degrees of cultural importance are feverishly attempting to figure out the most efficient way to get the public excited about their music without giving it all away, and hopefully making a few dollars somewhere along the way. Some struggle with accidental leaks, while others purposefully leak. It’s very much still the Wild West, with no one truly mastering the art form.

In 2010, it seemed as if Kanye West found a formula for success with his buildup to My Beautiful Dark Twisted Fantasy, by way of his weekly G.O.O.D. Friday releases, a series of free songs that would either end up on the album or serve as the Internet equivalent of b-sides. It was the perfect mix of high-quality music, excitement for the album, and a sincere appreciation from fans for the weekly teases. But fast-forward to September 2012 and the release of G.O.O.D’s compilation album Cruel Summer, and it became clear that the formula wasn’t foolproof. In what was perhaps an exercise in overexposure, Kanye showed too much of his hand too early, releasing most of the great tracks far in advance of the album’s release — the only remaining surprise being a handful of tracks that unfortunately fell flat.

A hybrid of Kanye’s two methods illustrated the lead-up to singer Miguel’s sophomore album, Kaleidoscope Dream. First in July, then again in September, the singer released separate three-song free EPs with the general assumption being that the six tracks would land on the album. Neither release felt like a complete work by any means, but all of the songs were good, the standout being song-of-the-year candidate “Adorn,” a track that unblasphemously screams “Sexual Healing 2012.” For a singer whose efforts at being taken seriously as a solo artist (and not just a hook singer) has been a gradual uphill climb, would his highly awaited album simply be “Adorn” & Friends, falling in Kanye’s 2012 Cruel Summer trap, or would the rest of the album hold its own against the smash single and the following five tracks? That was the question going into this past Tuesday’s release.

Even after a first full listen, it quickly became clear that “Adorn” was less “first single” and more “first track.” From start to finish, this 11-song genre-bending album is a triumph of what someone heavily influenced by artists across the entire musical spectrum (Davie Bowie, Prince, James Brown, Notorious B.I.G., Freddie Mercury, Phil Collins) can pull off.

It’s easy (and often lazy and disrespectful) to race to play the comparison game upon hearing new music, but as long as the comparison doesn’t limit how one thinks about the artist’s potential, it’s not necessarily a bad thing. Because of the year that male R&B-ish music is having, it’s a knee-jerk reflex to hear Kaleidoscope Dream and immediately think of Frank Ocean’s Channel: ORANGE. They’re young, they’re both quite connected with the hip-hop landscape, and they both sing terrifyingly well, fearlessly embracing their higher registers, be it Miguel’s falsetto in “Adorn” or Frank’s haunting wail in “Bad Religion.” And in the same vein of fearlessness, they both produced albums this year that are highly unconventional; filled with songs that are far from radio-friendly but are good enough to have bulldogged their way into heavy rotation.

There’s also The Weeknd, a singer who, overnight, became the undisputed king of drugged synth soul, something Miguel isn’t completely separated from but seems to approach in a more casual way. Miguel’s second single, “Do You,” has a hook that sometimes uses drugs as a metaphor and other times uses them quite literally:

This song’s video, released this week, is a love tale between Miguel and a woman who (gossip alert) happens to be his actual girlfriend.

It’s a bold move, putting your love life out there for all to see. It’s also cocky as hell, screaming, “Oh her? Yeah. That’s all me.” It’s very Jay/Bey of him. Or, you know, this guy: Which rapidly takes us to the only person that truly matters when discussing Miguel’s career arc: Prince Rogers Nelson.

To quote Grantland editor Sean Fennessey, Kaleidoscope Dream “feels like ‘Darling Nikki’ 11 times.” While the comment was intentionally hyperbolic, the sentiment is very true. Prince’s influence is all over this album — not in a copycat way, but in a respectful way that makes it clear that Miguel has done his homework. Prince is one of the forefathers of genreless music. It’s almost useless to pin him down under a category, because when you boil it down, he is simply a singer of songs, a wearer of clothes, a player of instruments, a rock star, the sex symbol for many, and a bastion of hope for what pop music could become if another freak of nature came along and flipped it on its head.

I look at Miguel, and I listen to this album, and while he’s not remotely Prince-level in any of those categories, the very early potential is there for all of them, which is up there with the greatest compliments one can receive. I mean, you don’t just become this overnight:

But everyone needs something to strive for.

Miguel’s greatest strength, however, isn’t in his similarities to other artists. Kaleidoscope Dream, rather than being a mere collection of singles, is an album that flows from beginning to end, without any one type of song being repeated over the course of its eleven tracks. While “Adorn” is the song of the album, the high point of Kaleidoscope Dream is the versatility of the “new tracks” that make up the second half of the album. “Where’s the Fun in Forever” is an up-tempo jam complete with offbeat hand claps, an a cappella bridge, and Alicia Keys doing her best Janelle Monae/”We Are Young” impression by being there, but just barely, as a background singer. It’s a song that takes a 180-degree departure from love and sex, and focuses instead on youthful bliss with lyrics like “tomorrow’s just a day away, tomorrow isn’t promised, where’s the fun in forever, gotta celebrate.” But then as this song ends, it seamless blends into “Arch and Point,” a song dripping with sex-fueled ballet metaphors, which then after three minutes becomes the shocker track of the album, the asterisk-laden “P***y Is Mine.”

It’s much harder for singers to be taken seriously when they overtly talk about sex than, say, rappers, who will continue to say everything, knowing that we will continue to dance to it (see: every lyric of “Pop That”). This was never more true than in 2011 when singer Lloyd released the highly catchy “Dedication to My Ex (Miss That).” This song was a minor hit, reaching as high as no. 30 on the Billboard Pop Chart, and had a lot of things going its way (danceable beat, good video) but ultimately fell flat, I believe, because of its highly sexual lyrics. I contend that there are few things funnier than hearing Lloyd sing this:

So when I saw the title of Miguel’s track, I immediately thought that another slightly small-in-stature quasi-sex-symbol singing in such a way (about such things) would be equally comedic. But then I heard it. And it wasn’t. Over the course of the album, Miguel strategically spends nine tracks convincing you that he is a sexual creature to be taken seriously. If it was simply the guy from “Lotus Flower Bomb” singing “P***y Is Mine,” I’m anything but excited to hear this song, but as track 10 on Kaleidoscope Dream, the idea of hearing a man croon these lyrics as if every falsettoed fiber in his being depended on it seemed oddly appropriate:

It doesn’t even register a blip on the “Wait, what?” scale. Because it’s Prince.

Again, Miguel’s not there. Not yet. But he sure seems headed in the right direction.