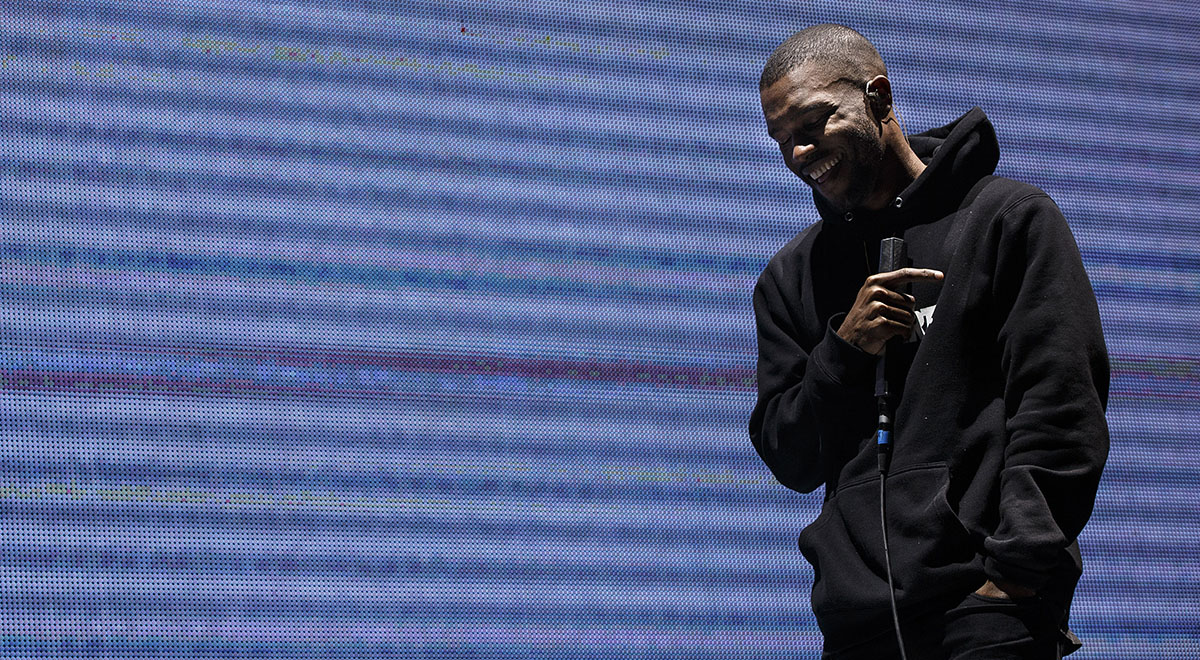 On Monday, Frank Ocean announced that his third album will arrive in July. He’s also launching a magazine the same month. Ocean’s message included the hashtags #ISSUE1 #ALBUM3 #JULY2015 #BOYSDONTCRY, which is important because the follow-up to 2012’s Channel Orange is important, and we know virtually nothing about what Ocean has created. Therefore, each piece of stray intel must be closely studied.

There are things we think we know — for instance, it was immediately assumed that the name of the record was Boys Don’t Cry, a title shared by a 1999 film directed by Kimberly Peirce and a 1980 album by the Cure. Could we also assume that Ocean’s record would touch on the same gender identity issues broached by the film, a dramatization of Brandon Teena’s life and tragic death? And/or that it would be influenced by manic-depressive golden-era post-punk songs like this?

After all, there’s already evidence that Ocean is veering in that direction. In a 2013 interview, Depeche Mode’s Dave Gahan revealed that Ocean had recently collaborated with his bandmate Martin Gore and the Knife producer Christoffer Berg on a track. That song hasn’t been released yet, but I like to imagine it sounds like a cross between “Lost” and this song.

One year after news of a supposed Ocean–Depeche Mode collaboration surfaced, Ocean went back to the 120 Minutes well in 2014, teaming up with Diplo and ex-Clash members Mick Jones and Paul Simonon for “Hero,” a stand-alone single that sounded as if it descended directly from the Clash’s genre-defying Sandinista!/Combat Rock period. “I’m a bad boy, I’m a punk,” Ocean sings. “I’m a black man, I can dunk.” Perhaps Boys Don’t Cry really is a skeleton key for understanding Ocean’s new, unheard music.

Let’s go back to the historical record: In February 2013, Ocean told BBC Radio 1’s Zane Lowe that he was already “10, 11 songs into this next thing,” which he described as “cohesive” to the point of “bordering on a concept record again.” He suggested the album would pick up from Channel Orange’s closing track, “Golden Girl,” extending that song’s “beach theme.” He also spoke of potential collaborations with Pharrell Williams, Danger Mouse, King Krule, and Tame Impala’s Kevin Parker.

Presumably, based on that roll call, Ocean was contemplating a move into a poppier zone, with a pronounced retro-soul bent. Perhaps this theoretical album would’ve sounded like “At Your Best (You Are Love),” the Isley Brothers song he covered in January in honor of what would’ve been Aaliyah’s 36th birthday.

Also worth considering is Beyoncé’s “Superpower,” from her blockbuster 2013 self-titled LP, a deconstructed doo-wop ballad written with Ocean and Pharrell that sounds like a grabbier redux of the Channel Orange sound.

At some point after that interview, Ocean apparently changed course again. Maybe he was scared off by how ubiquitous Pharrell got later in 2013 in the wake of Daft Punk’s “Get Lucky” and Robin Thicke’s “Blurred Lines.” (Have I mentioned that Channel Orange, in pop years, came out a crazy long time ago?) Now #ALBUM3 reportedly features a whole new set of cohorts: Hit-Boy, Rodney Jerkins, Charlie Gambetta, Kevin Risto, and Happy Perez. A very small sample size of Ocean’s work with Hit-Boy came out last summer in the form of a lost Nas song, “No Such Thing As White Jesus.”

What about John Mayer? Nobody is talking about him in the context of Ocean’s next record. But Mayer’s place in the Ocean-iverse shouldn’t be underestimated — he played on the Channel Orange cut “White” and joined Ocean on Saturday Night Live in 2012. Ocean returned the favor by contributing to a version of “Wildfire” from Mayer’s 2013 LP Paradise Valley, an island of Orange in a sea of warmed-over Deadisms. Don’t be surprised if some Mayer-supplied blues licks pop up on #ALBUM3.

Here’s another theory: What if Ocean raps? Brian Wilson kept Ocean off his latest record, No Pier Pressure, because Ocean wanted to rap rather than sing. By the way, Ocean is totally the Brian Wilson of Odd Future, and Tyler, the Creator is Mike Love. And Wilson sort of raps throughout Love You. One of Brian’s handlers should’ve pointed this out before he cut Ocean loose.

Anyway, Ocean showed he could hold his own as a rapper in 2012 on the Odd Future posse cut “Oldie.”

Alas, it’s probably reasonable to believe that #ALBUM3 will be filled with beautifully murmuring ballads that worm subliminally into your consciousness, to the point where they seem to be playing exclusively in your head, even when blasting in a crowded room. That description applies to the two best tracks to emerge in Channel Orange’s aftermath: “Wise Man,” which was cut from Django Unchained, and “Memrise,” a song posted by Ocean on his Tumblr in November.

Will “Memrise” be on #ALBUM3? Will #ALBUM3 have songs that sound like “Memrise”? I can say definitively that I have no clue. But I’m excited to find out.