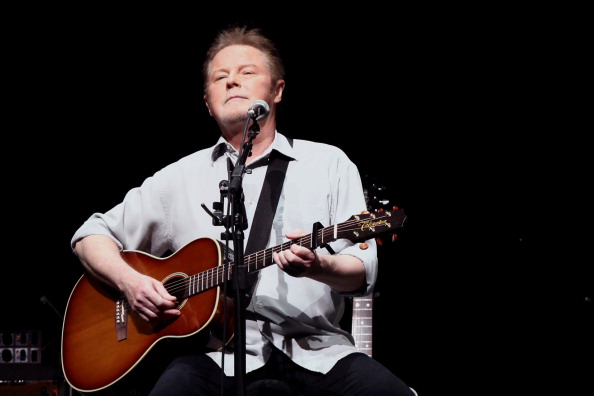 Two years after the fact, guess who’s the only person alive still mad about Frank Ocean covering Don Henley without legal clearance? Why, yes — it is Don Henley!

When the issue first came to our attention, in 2012, it did so via Ocean’s Tumblr. “[Don] threatened to sue if I perform it again,” Ocean wrote. “I think that’s fuckin awesome … They also asked that I release a statement expressing my admiration for Mr. Henley, along with my assistance pulling it off the web as much as possible. Shit’s weird. Ain’t this guy rich as fuck? Why sue the new guy? I didn’t make a dime off that song. I released it for free.” And it’s true! The song was on 2011’s Nostalgia, Ultra, Ocean’s beautiful, breakthrough — but, yep, still free — mixtape. It’s undeniable that the track had a part in, eventually, leading Ocean to make a bunch of money (his proper debut, the smash Channel Orange, came out the next year). But as far as I understand it, you can’t sue a dude on theoretical earnings. Screw it, though — Henley’s still mad. In the Telegraph interview, he goes on to say:

“[Ocean] was quite arrogant about it. We tried to approach him calmly to talk reason to him via his managers and his attorneys and he wouldn’t listen. So finally we threatened to bring legal action against him. He was clearly in the wrong. I wouldn’t dream of doing something like that. What kind of ego is that? I don’t understand it.” Probably the same ego that leads a guy to tell Chipotle, via check memo line, to “fuck off“?

Of course, Henley’s got a lot more to share on the topic. At one point the interviewer also brings up the excellently rootsy indie-rockers Okkervil River, who were giving away a slightly tweaked cover of Henley’s “The Age of Innocence” before they, too, were shut down by Don’s legal team. “They don’t understand the law either,” Henley says. “You can’t re-write the lyrics to somebody else’s songs and record it and put it on the internet … We work really really hard on our material. We spend months writing it and years recording it. You don’t go into a museum and paint a moustache on somebody else’s painting. Nobody would think of doing that.” Well, actually, lots of us have thought about running into museums and painting moustaches over all the paintings: That would be super fun. But buzzkill security guards — which, presumably, based on recent evidence, have been financed for years by generous anonymous donations from the Don Henley Nobody Have Any Fun Fund — stop us every time.

So, jeez, Don — can anyone cover your music? “You can record anyone’s song you like. It’s called a compulsory licence. That’s not what Mr Ocean nor Okkervil River did. They took the song and they changed it. They put their own stuff on it.” [INSERTING DRAMATIC PAUSE HERE, FOR COMEDIC EFFECT.] “Michael Buble did a totally legal cover, that’s standard procedure.”