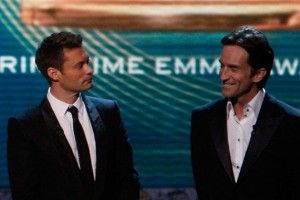 While watching the debates, and then reading the flurry of critiques that inevitably follow them, it’s hard not to let your mind wander into the realm of personal possibility: Could you have done better? Thinking about actually being president is a complicated brain-knot, and it doesn’t take too long before you decide that the math of budgets and soul-killing nature of political compromise is less fun to wonder about than, say, how you would do as the art director of a K-pop music video. The debates, however, are more manageable situations to superimpose your imaginary self into — arguing and promise-making that don’t require leaving the podium. It’s like contemplating how you’d stand up to verbal torture.

Before you meditate too deeply on it, you become pretty sure that you’d have come up with some snappy responses or zingers of your own. You choose a tie. You remember to smile. You pretend you drank just enough Red Bull, but not too much. It’s not necessarily that debates seem deceptively easy, but that viewers have a great vantage point from which to yell, “No! Don’t do that!” Although I would never want to host anything beyond a three-person dinner party, it’s the same sensation I used to experience while watching Steve Jones on The X Factor — you watch the words come out of a person’s mouth, and as soon as the first syllable drops you want to reach out a hand and stuff it back in, root around and pull out a better one. It would seem as though the only requirement of hosting is to be extremely good at talking — so good that you seem actually able to push a heavy machine forward for 30 minutes or more — and that with the right amount (an astronomical amount, specifically) of innate charm and a good chunk of practice, anyone could do it. But when a host lacks a certain nameless thing (I guess an “x factor”?), a viewer can get a terrible feeling of anxiety when they tune in, bracing for a flop. The pressure is enormous; a bad host can make you feel like you’re in the backseat of a car shooting down a freeway driven by someone who can’t see over the wheel.

As far as hosts go, two-time Emmy award winner Jeff Probst, wearer of Tribal Council cargo pants and extinguisher of torches, is the gold standard. Even though I will not watch the Jeff Probst Show on principle because of its horribly vacuous mantra “Say yes to life,” I have nothing but respect for a man who looks as content as Gene Kelly minus the umbrella when tropical storms pummel him or he has to watch 13 people regurgitate a roast pig into buckets to be weighed. He officiates with a twinkle, endorses products casually and effectively (Survivor naturally lends itself well to advertising: cell phones and candy after 30 days of stump-chatting and picking maggots out of your rice rations sure do look enticing), and approaches the castaways with the correct balance of amusement and seriousness. When he asked Angie, this season’s dopey beauty queen, what she felt her team was lacking, her response (wrinkling her nose, a pout, then: “Cookies?”) caused him to chastise her in the friendliest way while simultaneously shooting her in the head with a WTF look that probably caused brain damage. He, mysteriously, never sweats. When you watch Probst in action, you’re struck by the double-whammy of awe and accessibility that infects those susceptible to it with the stalker bug — it’s not too difficult to imagine a King of Comedy situation in which a rugged outdoorsman practices handing out buffs to imaginary friends in his mother’s basement while wearing a custom-made jewel-toned shirt. He is never condescending, but always seems informed about the inner workings of the Survivor game in ways that can’t be fudged by editing. It’s almost supernatural.

So if Jeff Probst is the majestic blue whale of reality television, I suppose that makes Ryan Seacrest the beluga: much smaller, but notable because of its uniquely cute face and diversified language from years spent DJ-ing its way through top 40 hits on Starfish 98.7. There is something polarizing about Seacrest, a defensive insecurity that could be glimpsed when he sparred with Simon Cowell, for instance, and that can cast a sort of ridiculous light on a man doing a silly thing (entertaining) in a serious suit. But his strengths were how he kept AI on track through missed cues and run-on critiques, his sledgehammer of brevity brought down on the funky uncomfortable crystal vases of awkward auditions, and his one-liners between performances and eight-six-six, not eight-hundred numbers. Compare him to Steve Jones: Steve Jones, the now-former X Factor host, was a human air conditioner that froze a room until icicles formed on the boom mics. Hosting is a very difficult gig, and Jones proved it over and over and over.

Carson Daly doesn’t exactly make anyone’s hair stand on end with delight on The Voice, but over the course of three seasons he’s evolved from stiff, self-proclaimed tech geek (of course; his lady’s name is Siri) into the kind of guy who convincingly pretends to believe that the stakes of the competition he’s hosting are tremendously high. He looms over the monitor when he watches the performers, hugs their families, and even shouts “COME ON, PUSH IT” at the screen when appropriate. That makes his investment in the show seem genuine, even if it’s not (who knows!); he’s grown to understand his role in the process and to give himself more control over it, owning the pace and tone in ways that some hosts fail to realize they’re responsible for. The still-hostless X Factor fills the chatter-bridge void during the auditions phase by using shots of auditioners standing in line and the judges getting loose powder applied to their faces while they pretend to talk to one another in luxurious dressing rooms and share takeout boxes of Southern food. The effect is something like attending a party you’re not actually invited to. You stand against a back wall and feel simultaneously voyeuristic and uncomfortable. I sort of enjoy this, actually, but sometimes I wish that I didn’t feel an unseen director silently urging everyone to interact. “Hey, you got some lipstick on your pearls. Better go over to that mirror and check it out. Actually, you know, why don’t you shove someone out of the way and maybe hook me up with 10 minutes of footage of you telling her about your time on the pageant circuit.” Even Dante needed someone to guide him through hell.

The bizarre nooks of reality television allow for some wild-card hosts to shine in ways they never could in the mainstream. T.J. Lavin, host of The Challenge, is so deadpan that you wonder if he’s under doctor’s orders to not move his face around no matter what. Regardless of what he’s saying, it sounds like he’s reading tonight’s specials from a note card at a 24-hour diner, but juxtaposed with the nature of the show (i.e., every single challenge on The Challenge presents the contestants with a 28 percent chance that they will die by falling from hooks 300 feet over a shallow and rocky creek, body-slamming each other across several meters before hitting a bell with their opponents’ heads, or under the terrifying umbrella of rules-free wrestling) it’s kind of gripping. Would T.J. Lavin’s calm, medical-marijuana-dispensary voice not be the one you would want to hear before you departed this life? It’s aural Percocet. He seems so unconcerned and somehow emotionally absent that it ramps up the drama a little bit: No one is in charge and nobody cares if you perish, foolish MTV C-listers. Now here, attach this bungee cord to yourself and sign this indemnity insurance.

Mark L. Walberg’s natural smarminess was an obvious fit for creepy Fox shows Temptation Island and The Moment of Truth. “While I am completely whoring myself out for cash,” he once said, “I’m kind and sensitive to those who have chosen to ruin their lives on national television.” He turned down Little Groom, though, because it made him uncomfortable — yeah, right. Pitch him Little Polygamist and see what happens.

America’s Got Talent is such a goobly show that Nick Cannon’s goobly backstage face-pulling works perfectly. AGT is the ham sandwich of television shows. And Padma Lakshmi, a woman so intimidatingly beautiful and with the sort of self-possession that borders on aloofness, is like human caviar on the blini of Top Chef. Everything she lifts to her mouth seems like it cost 5,000 dollars, and her cool deflection of chef angst seems to speak to some kind of unrelentingly high standards. There is something about Lakshmi that makes you want to impress her; you can sense that the contestants are not immune to this, that something about her face and gracefulness remind everyone of a girl in 10th-grade algebra whose approval they desperately sought (now they can try to win it with crostini). Under the hot lights of something like So You Think You Can Dance, however, she’d probably suck the air out of the room and couples would faint from anxiety before fox-trotting onstage — that show requires a more dorkily beautiful cuticle-picker like Cat Deeley, Lakshmi’s opposite, all giddiness and unrestrained dance-is-fun limbs. Curtis Stone, host of Top Chef Masters, lacks the authority of Lakshmi — where she is elegantly grave, he’s simply noncommittal — and though the show should have more clout based solely on the fact that the chefs are more accomplished and perhaps more skilled, it feels somehow less expensive, as though Stone has caused a production dip just by virtue of being himself. (Or maybe because men are on the way out? Or is that just in India?)

Perhaps hosting is the kind of thing that can’t be taught. It’s like being able to throw a good party; it requires the rare ability to transport yourself on cue to a delusional world in which you’re having the time of your life in a bubble of existential solitude. You have to be jacked up to 10 on the dial of ultimate fun before you even start your preamble, and to believe in your endeavor even if it’s marginally evil (Mark L. Walberg, looking at you, my brother). You serve as a life raft to all of the souls flailing around you — the contestants, audience, judges, and guest judges — and as the clock that ticks down to commercial breaks or toward the end of a 15-hour shoot day of competitive plank-standing or olive oil wrestling. It’s like stand-up comedy, light on the comedy, heavy on the standing-up. It must feel sort of like this, which is also how it must feel to be the president. Which begs the question: How would Jeff Probst have done in the debates? Maybe one day we’ll find out.