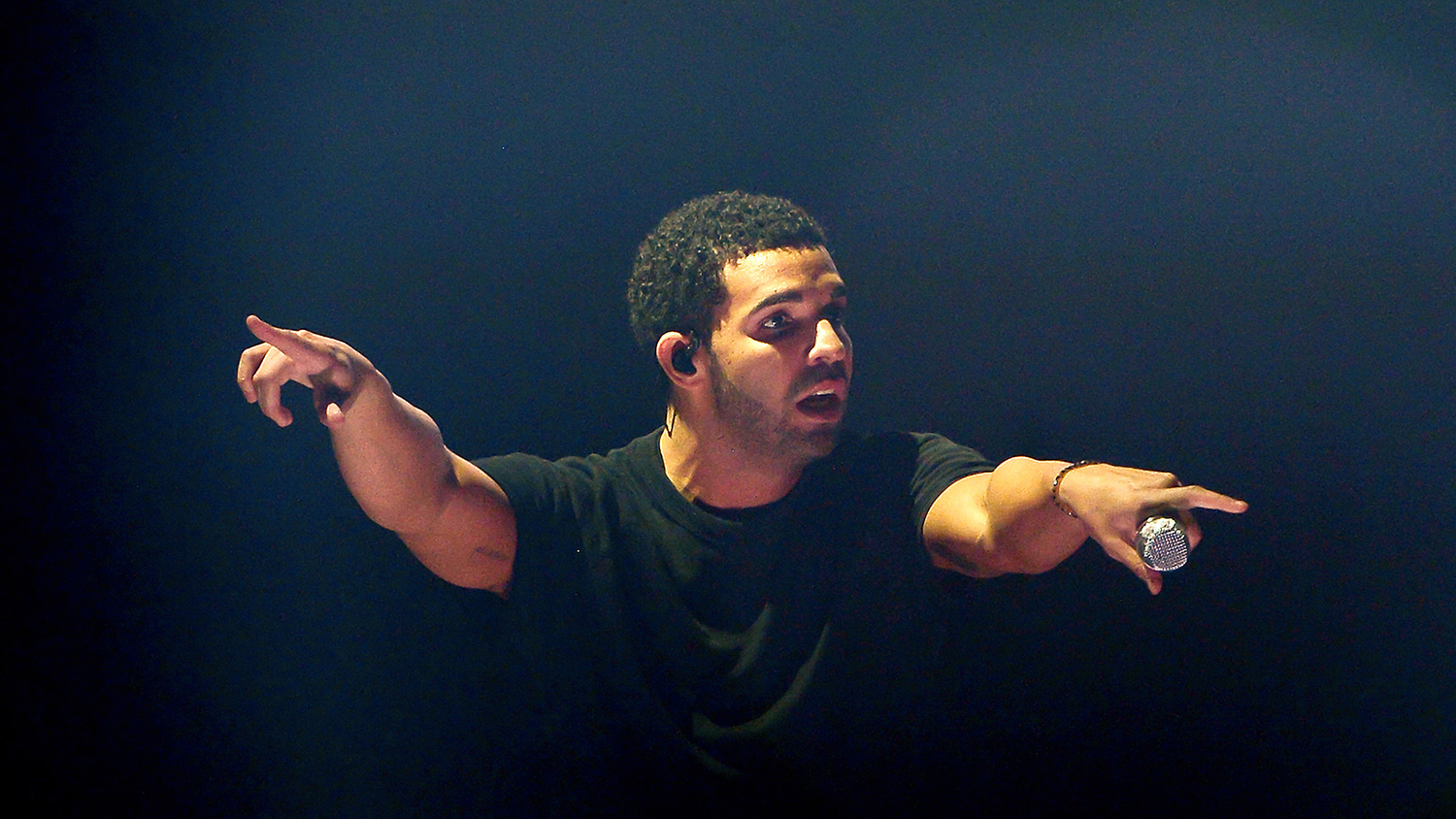 Over my shoulder, in a bar, on a Sunday, before midnight, but not by much, I heard this:

There were equal parts eye-roll and These are my people in that statement as my friend described what was in front of her: the mess, the melee, the gleeful insanity.

Thirty people, adults — only in the literal sense — dancing to Drake’s newest mixtape-album, If You’re Reading This It’s Too Late. Surrounding this inner circle of humans was another circle of people, also dancing, but mostly watching. To be fair, they weren’t that different from the people in the middle, but seemed more interested in observing the idiots at arm’s length and holding on to their drinks rather than losing them to the floor while potentially getting elbowed in the face.

None of what was happening in the middle of the circle truly qualified as dancing. It was more an exercise in jumping up and down, throwing a temper tantrum, screaming at one another, and smiling.

She was right. This was what she could expect from 2015, when certain songs are played in certain settings at a certain volume to a certain collection of individuals. 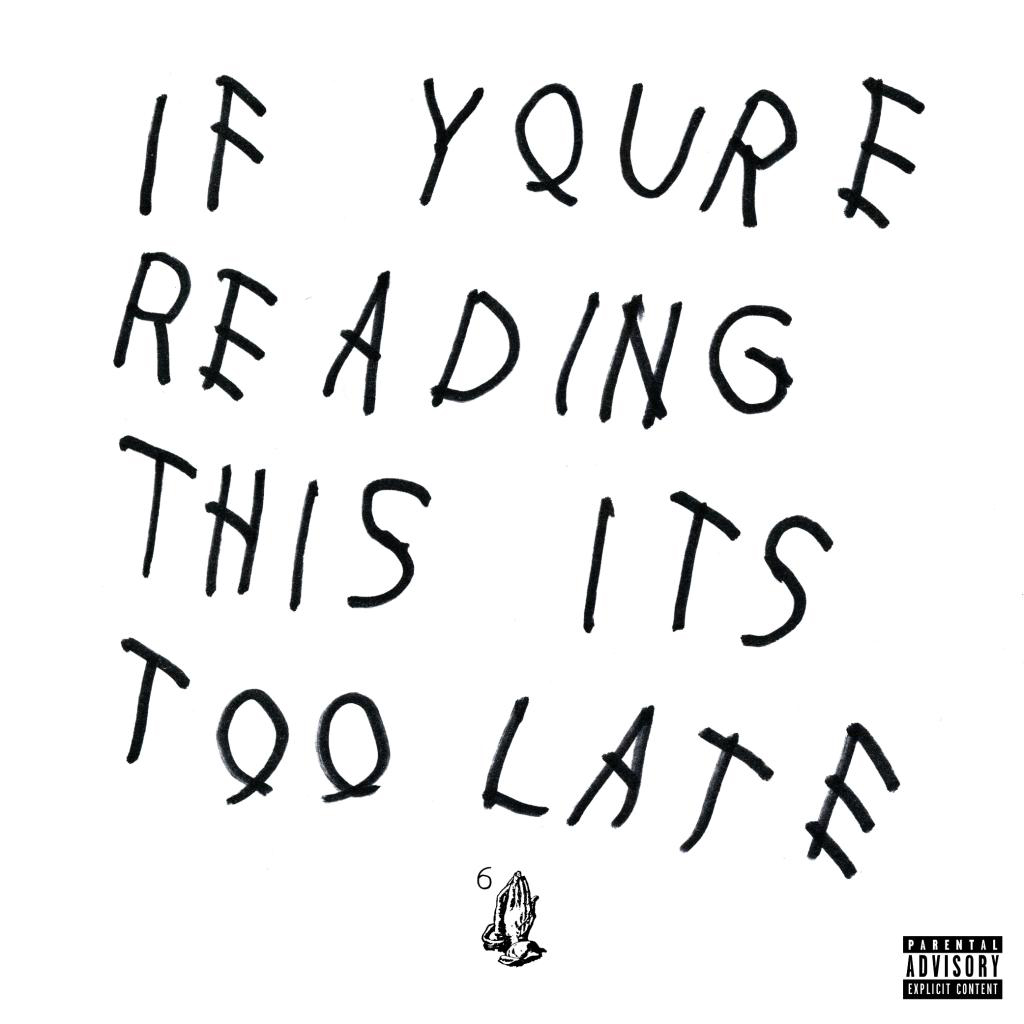 Drake’s latest offering was released, out of nowhere, this past Thursday, the 12th of February. This was a big deal to many (projected first-week sales hover around 500,000 copies), because “New Drake” is a thing. And this time, it wasn’t just a song — we got a lot of those in 2014. This was a 17-track project. I took two days before giving it a listen. Over those two days, I ran the gamut of experiencing “New Drake” — the rumored existence, the hearsay, the private listening session, and finally the public exploration.

Over those two days, friends would send me wonderfully hyperbolic text messages about the album.

“First time we’re in the same room when Energy drops might surpass all other same room moments.”

I was getting the sense that I’d enjoy a number of songs. Through these excitable messages, the ever-present anxiety over being let down diminished. But I still wasn’t in a place to listen to it my way, at my own pace, by my rules, at my preferred volume. That wasn’t until Saturday. 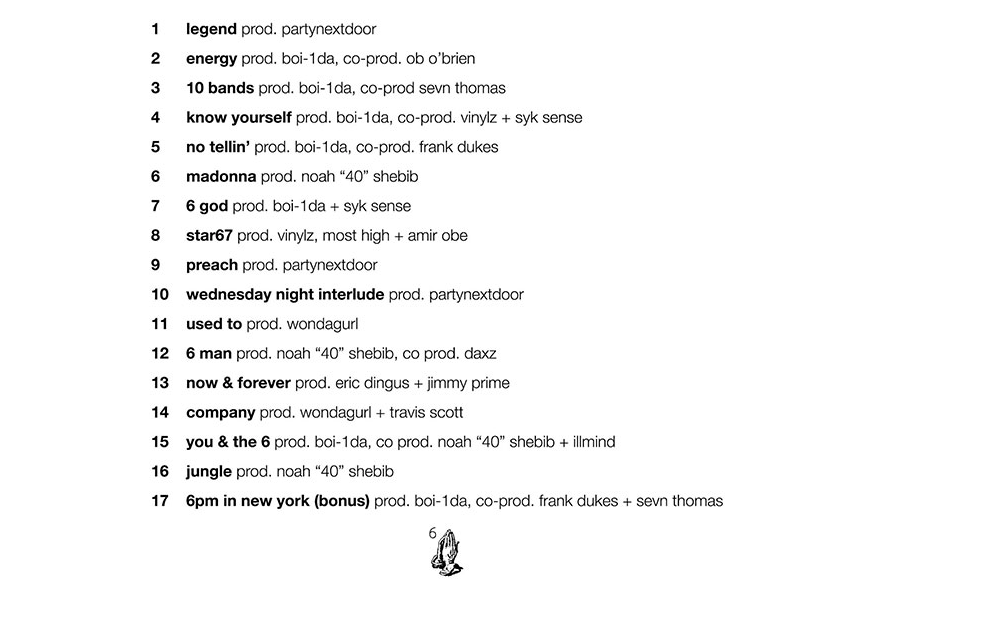 When I first heard the third track, “10 Bands,” I was in my apartment. It was freezing outside, and I had no intention of going anywhere. Running the song back a few times, I quickly understood the text I’d received the day before. It sounds like it was made in the same dimly lit dungeon as “0 to 100.” The menacing beat, combined with its full embrace of the bounce, makes it a perfect song to rap all the lyrics aloud in someone’s face as they rap all the lyrics back in your face. When you bop around to it, you think people are talking about how good you look.

It’s one of those Drake songs that makes you smirk as you become the protagonist. There are Drake tracks that can make you feel rich — like you could spend it all in one night, and then wake up the next morning and none of it would be gone. There are Drake songs that you listen to when you want to feel like “the shit,” because it’s like getting your confidence airbrushed. And there are Drake songs that have that bounce. It starts in your shoulders, puts you permanently on your tiptoes, hops in your butt, causes your hands to start soul clapping, maybe you flick someone off, and then your face scrunches up like you just walked into a fog of fart. It’s that bounce where you look down at your outfit and couldn’t be more impressed with the work of art you’ve thrown together on the canvas that is your slightly-heavier-than-six-months-ago body. That bounce.

It’s very “Let the Beat Build.” On that track, Wayne begins by following the beat, catches up, and by the time his second verse starts, he’s thrown the beat on his back and proceeds to take it on a walkabout. As the listener you go through the same process, nodding at first, then swaying, and eventually your entire body is involved.

The same thing happens in “10 Bands” by Drake’s second verse. Listening to it in my bedroom, alone, the song enveloped the space.

I’ve been on a mission, haven’t left the condo
This that OVO, that SZN, this that new Toronto
I get boxes of free Jordan like I play for North Carolina
How much I make off the deal, how the fuck should I know?
All my watches always timeless you can keep the diamonds
Treating Diamonds of Atlanta like it’s King of Diamonds
Take a flick I look like Meechy, look like Bleu DaVinci
I treat V Live like it’s 07 in Magic City
Man I told my city I’d be gone till November, then November came
Then I came, right back on my worst behav’
6 God put both hands together that’s amazing grace
6 God selfish with the love, I need all the praise (woo)
They got me feeling like the one again (woo)
THEY GOT ME FEELING LIKE THE ONE AGAIN

By the time Drake’s talking about BMF overlords and referring to himself as the God of Toronto, he’s in full glide. Absolutely floating.

I had to hear a DJ play this. I was salivating at the idea of walking through a crowd, rapping along to this song, performing this song for myself and anyone who cared to watch. There was no couch to jump on in my room, no imaginary runway to walk, no one to dap up, no male stranger to stare down from across the room and say, with only my eyes, “good effort,” for no apparent reason other than preserving the sanctity of the one-sided beef — the 1 a.m. dance floor social hierarchy. I needed that.

The following song, “Know Yourself,” starts off slow. So slow, in fact, that I started doing chores in my room. Sorting papers, color-coordinating Sharpies, things of that nature. The song sounded like a ballad, and Drake likes to dabble in ballads every now and then. I assumed that’s what this was. There was no reason to assume it would build up to anything, especially since he kept saying, “Running through the 6 with my woes,” which is a Debbie Downer line, even for Aubrey.

As I was sorting through those papers, the beat changed, becoming this slightly demonic lullaby. And then Drake barked, “Yeah.” And then he goes from singing into a wireless microphone to shouting into a megaphone on the steps of the National Mall.

“I WAS RUNNING THROUGH THE 6 WITH MY WOES.”

Much like the album, that drop caught me so off guard that I panicked. I walked to my roommate’s room and sternly told him to come to my room. He did. And then we listened to the drop in “Know Yourself” 10 more times, while doing that thing where we shook our hands like they were on fire even though they were not on fire. It was like the first time I heard Frank Ocean’s “Pyramids,” or Kanye West’s “Blood on the Leaves,” or even Drake’s own “Worst Behavior.” It’s that moment when, if you’re driving, and it happens, and you’re not ready for it, you swerve your vehicle into the median.

I genuinely had no idea what he was talking about in terms of these “woes.” I was hoping it meant something different — yet another piece of Toronto fetch-like slang — but if this grandiose buildup was all in the name of melodrama, it would be terribly hard to defend. But then, true to form, there was a hidden meaning, explained to Noisey by Devontée, one of Drake’s OVO affiliates.

Now that I had the context, I needed to hear this song out in public, with my woes, immediately. Of course I would never actually call my friends my woes, but sometimes you get caught up and things happen.

I hadn’t had a moment like this in a while. This past summer, “Hot N​-​-​-​-” by Bobby Shmurda filled the void. The promise of hearing it out at night (or, occasionally, late in the day, and sometimes right after breakfast) was the sole reason for leaving the house. But even that was different, because it was just one song.

This pair of Boi-1da tracks were like a mixtape within a mixtape. It reminded me of Beyoncé’s last album. As soon as that album came out — also a surprise release — many people in my life could not contain the excitement that surrounded hearing these songs out at a bar, at night, surrounded by other Beyhive loyalists. From the “Yonce” claps to reciting Chimamanda’s entire “Flawless” monologue, to the post–”good good” giggle in “Drunk in Love” — the public consumption of an artist’s music was as important as the song itself.

It was still unclear if these Drake tracks would pass the bar exam, like Beyoncé’s did. Which was why, Sunday night, it was necessary to judge Drake and myself, for myself.

There’s something odd about feeling odd for critically writing about the music you party to. It’s like publishing your diary, your innermost thoughts. It’s raw. And the same way a diary entry rarely leaves your bedroom, the way you are when your music is playing and your friends are present rarely leaves that bar, that club, that backyard, that living room. With a diary entry, you’re the audience and the star. The same is true when you’re in the throes of euphoria on a makeshift dance floor.

It’s among the most freeing ways to experience music, just a notch below belting Mariah runs in the shower. Just losing it. Utter elation.

Covering how music truly affects you and your friends is different from covering an artist’s show or trying to think critically about their album. It’s self-invasive. It’s a peek into your actual life. It’s not only a critique of the artist, and the music, it’s a critique of yourself, and the company you keep. This is probably why people avoid it.

It’s childish. It’s attention-seeking. It’s embarrassing. It lacks an awareness of the idea that people are always watching and listening. That you are being judged. And that even though what you’re doing feels cool, there are people watching that think what you’re doing is not cool. And then still not caring. This is also what most Drake songs are about.

That’s how certain songs — his songs — make you feel. And feeling cool is amazing. It’s so much better than actually being cool.

In that well-lit bar, Sunday night, before midnight, but not by much, all of the anticipation surrounding these Drake tracks, and how people would react to them, was met.

Those six pulses that make up “I WAS RUNNING THROUGH THE 6 WITH MY WOES” exploded in that bar, exactly how they should have. You had your six headbangs, your freeze for five counts followed by an eruption of limbs, people climbing on their chairs and spilling their drinks, people beating their chests like Training Day Denzel, people doing the Rick James couch kick. It was all terribly uncouth and totally appropriate. The worst behavior was the right behavior — it mirrored what was being heard over the speakers.

It’s not traditionally the writer’s job to partake, to be a part of the energy. But what if being an active participant is the most fitting way to experience a song? With these songs, the answer was to get involved. To be one of the idiots. Because this was what 2015 was going to be like.