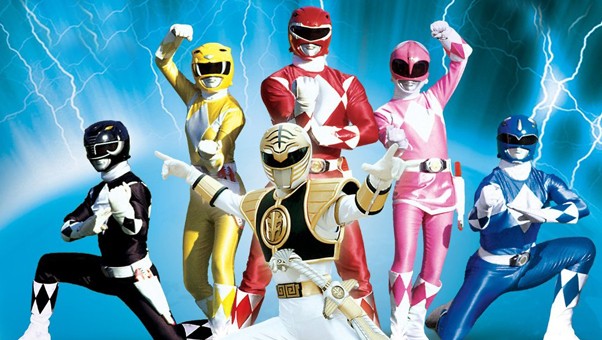 Mighty Morphin Power Rangers dictated millions of kids’ favorite color 20 years ago. (It was, I think, unanimously “GREEEEEN!!”) Then Haim Saban’s TV series went and became a mega-(still using that word — thanks, Megazord) popular line of toys through Bandai, and eventually a pair of movies in ’95 and ’97. Now, since it’s been a while and since cash is always cool, the Hunger Games /Expendables /Divergent purveyors at Lionsgate are commissioning a redo.

“The new film franchise is aimed at re-envisioning the Rangers, a group of teenagers chosen to protect the world from a group of alien invaders. The Rangers have the ability to ‘morph’ into superheroes and pilot giant robots,” Variety writes. That’s a nice way of saying “the Power Rangers might get a significant update, but here’s what they were originally and probably still will be like, just in case.” We’ve been too Transformers-ed and Ninja Turtle-d to expect more. The press release does tout “a deep and detailed mythology,” though.

The chances a new Power Rangers film won’t spawn a globally successful franchise are next to nil. The property has been on the air in various incarnations since 1993. There are almost 20 versions, ranging from Power Rangers DinoThunder to Power Rangers Ninja Storm to Power Rangers S.P.D. (Space Patrol Delta — come on). The next one, aimed for 2015, is Power Rangers Dino Charge. Hopefully every single aspect of this batty, low-key terrifying series makes it into the big, serious movie. TIGER TIDAL WAVE! SWEET!

Q&A: Max Joseph on Season 3 of ‘Catfish,’ Moral Outrage, and the True Meaning of Being a Sociopath