Q&A: Max Joseph on Season 3 of ‘Catfish,’ Moral Outrage, and the True Meaning of Being a Sociopath 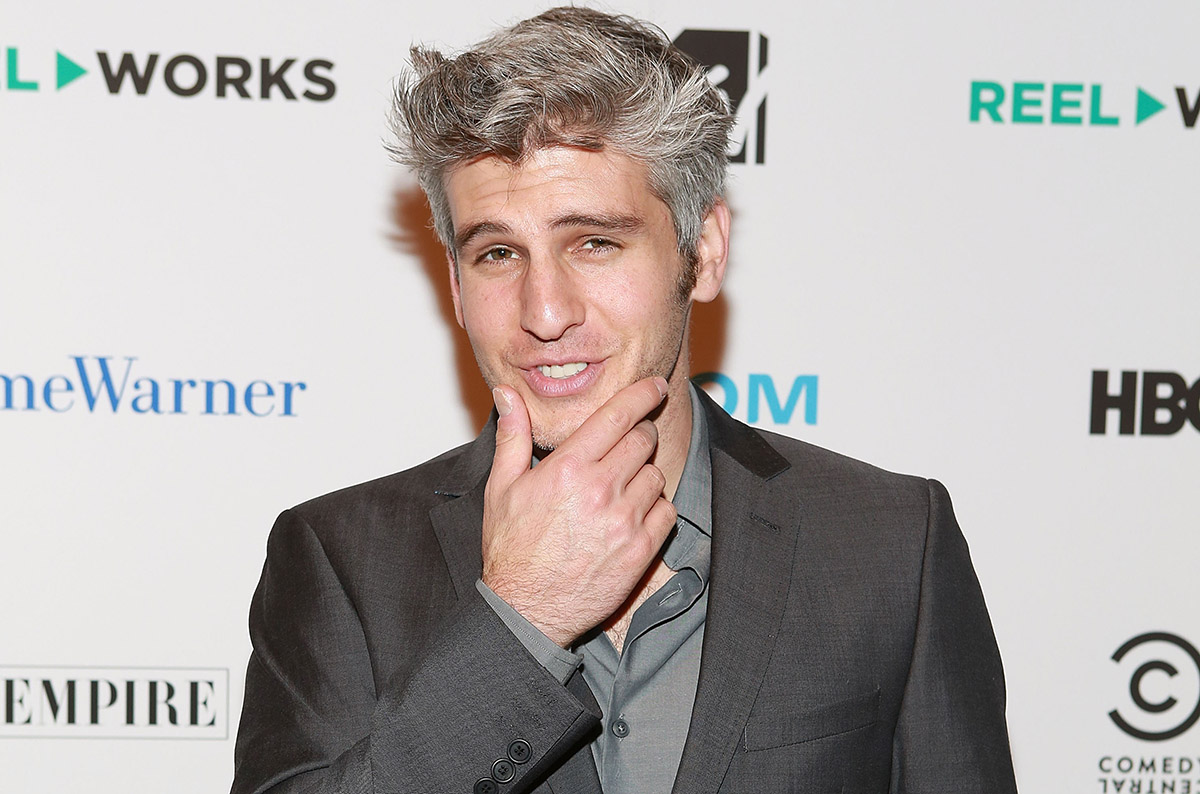 In the middle of Season 2 of MTV’s Catfish, something snapped. The show’s hosts brought Jen, an unassuming 18-year-old girl from Iowa, to meet “Skylar,” the 22-year-old guy with whom she’d been having an online relationship. When they confronted “Skylar” in San Francisco, they found that he had not only lied about his identity in typical Catfish fashion, but had misrepresented his motives altogether — he didn’t want any kind of relationship. He just wanted someone to practice his “game” on over the Internet, and appeared remorseless about the emotional consequences. Max Joseph — the typically unassuming sidekick and cameraman to Catfish creator Nev Schulman — got truly heated, laying into the 22-year-old on camera about what a shithead he was. Just as the show’s premise was growing stale, Joseph invigorated it, deepening the inherent conflict.

If the premiere of Season 3, airing tonight, is any indication, we’ll be seeing a lot more of Joseph as enforcement officer. Now that the show and the underlying phenomenon have become so widely recognized, the stories Schulman and Joseph document are zanier and more disturbing, and involve “people who are really good [at catfishing] in a scary way, or who are doing it for reasons that are not romantic,” Joseph says. We spoke to him over the phone about his evolving role and how the show has changed since it launched in 2012.

The first episode of Season 3 is crazier and more complicated than most of the first two seasons.

It was pretty shocking to us, and kind of set a good tone for the rest of the season. This season is significantly darker, both literally and figuratively. We shot it during the winter, and it’s just colder and darker in general. And the only people left catfishing other people are people who are really good at it in a scary way, or who are doing it for reasons that are not romantic. At this point, most people know what the red flags are, and can smell a catfish before it’s too late.

At the beginning of the series, you came across as a sidekick, and your role was small. You’ve since become an integral part of the show — did you anticipate that?

Click here for all of our interviews with fascinating people from the worlds of sports and pop culture.
As someone who’s been a filmmaker and an editor, I was wary of being on camera. I know how people get edited to be a certain way, so I approached the first season with a little caution, thinking that whatever I say can and will be used against me. But then when I saw how I was being edited and I got more comfortable being on camera, I started talking more. But I do still like the idea that I’m a sidekick.

Did you audition for the show, or did you know Nev beforehand?

Nev and I grew up together in New York City. Nev’s older brother Rel has been one of my best friends since we were 15. Everywhere Rel went, Nev always tagged along as the annoying younger brother. Before the pilot, Nev asked me if I’d be interested in being a part [of the show] — both shooting it and being on camera. He needed someone that he was really close friends with, who he trusted, and who was a filmmaker.

In the Season 3 premiere, you make a little joke about holding the point-and-shoot camera. Do you feel silly holding it at this point? It looks like such a prop.

I feel really naked and weird without that camera. But it’s still really necessary — I am helping film the show. It’s a weird Catch-22 for me. If you’re watching the show and you don’t see me in the frame, that’s probably because it’s my camera. My camera is the majority of the show. I’m getting the best angle because I’m in the middle of the action. The little point-and-shoot is my weapon of choice. It feels more cinematic and more real.

There’s an episode in Season 2 where the guy catfishing was actually just “practicing his game” on young girls on the Internet, and was really cruel. You ended up breaking your usual calm persona on the show and freaking out at him a bit. Was that premeditated?

Not premeditated at all. Nev and I don’t know anything — we’re discovering the episode and the story in real time. Sometimes when I’m dealing with people who seem like sociopaths on the show, it tends to really get under my skin. Only because it doesn’t seem like anyone has ever gotten through to them to tell them that their behavior is completely destructive and dangerous. Someone has to tell them. I don’t want to be the punisher, but this guy just really didn’t get it. Emotionally, I just got really upset, and I wanted to make him understand that what he was doing was really fucked up.

I think people throw the term sociopath around a lot without knowing what it means — but people who don’t understand that what they’re doing is mean and wrong and cruel, they need to be made to understand that. And I think when the show came out, he got the message loud and clear, which is justice.

Would you say you have a sense of moral obligation in the filming of this show?

It’s less about my moral obligation to society and more just about the fact that I’ve spent a week with this really cool, somewhat vulnerable girl who’s 18 years old, and I’ve met her parents and her dog and I’ve sat there watching as people in her town tweet negative things about her, and I kind of do become the big brother. And then you’re taking them halfway across the country to a place they’ve never been. You’re their protector in a lot of ways. I felt guilty that we had put her in this situation where this guy basically just spat in her face and told her that he had no feelings for her, that he was communicating with her for his selfish reasons.

When you’re dealing with people who are being catfished who haven’t taken simple steps to research the people on the other end, do you ever want to shake them and ask, “Why didn’t you just Google this person?”

I’ve almost let go of that criticism altogether. At the beginning, I had that incredulous reaction. How could you not go and Google this person? How did you get to the point where you reached out to us without doing your homework? But it’s so common. You learn that it’s this odd part of human nature — people just don’t want to know.

When we started the show, I thought that the whole point of meeting someone over the Internet was to then meet them in real life and start a physical relationship that could lead to something more. Now my view has changed. A lot of people start these relationships and stay in them for so long without meeting because they really just need someone to talk to every day. People don’t have therapists or parents or teachers who understand. The safest person, sometimes, is a stranger on the Internet who lives in a different place. If they’re a daily source of support and advice, no one really wants to lose that once they have it. If they know deep down that the person they’re talking to isn’t exactly who they say they are, it’s not worth finding out. Because what they’re getting is worth more.

One thing that shocks me is how much weight and body image plays into these stories.

The obesity and body-image issue is the number-one catfish excuse/motivation. Number 2 is sexuality. Number three is revenge. Number four is, I did it for fun just to be mean. Overwhelmingly, catfish do have body issues — they were overweight and bullied in school, and then retreated to the Internet to recreate their identity as someone they wish they were. We’re almost tired of seeing that episode play out. We know it the second we see it.

As we travel the country, I’m constantly shocked and appalled by the eating conditions everywhere we go. There are very few healthy eating options in these towns. Everything is fast food or chains. It’s no wonder why so many people are overweight to begin with. No one’s really there to help realign kids on their eating habits. And then if people have been overweight since they were kids, they give up hope of doing something about it. Instead of doing something about it, they take a shortcut and go online and put up pictures of a skinny person and live off the validation they get from random strangers friending them and telling them how hot they are. At first it’s very intoxicating, I’m sure. Nev and I are out there dealing with the direct effects of people who are overweight. It’s something that I’ve become a lot more activated about from having done the show.

I grew up in the ’90s, when homosexuality was more shameful than being obese. It was worse to be gay than it was to be fat — even if you weren’t gay but you seemed gay, that was the worst thing you could be. Now there’s a lot more tolerance of homosexuality around America. The adolescent anger and bullying has been pushed toward obesity. I don’t know why we have this shame about obesity, but it’s kind of a good thing that we have this shame about obesity — we shouldn’t accept the fact that everyone is obese.

Viewers of the show love to speculate that you and Nev are gay. I’ve read that you’re married to a woman. Do you play into the gay rumors?

We do. Nev and I are just good friends. We’re practically brothers at this point. I guess people who are homophobic, or people who carry around that taboo — you can’t be that open and friendly with another guy! — they project onto us that we’re gay. We laugh at it, and we do play it up, because it sparks more attention for the show. It doesn’t keep me up at night.

Is it psychologically draining to shoot these stories that typically wind up being really dark?

At the end of a day of shooting, I’m generally in a pretty bad mood. You just absorb a lot of negative energy — not to sound all L.A. on you. You absorb all of these negative emotions. It’s not just the story, but where you are in the United States and what’s going on near the hotel and all the fast food chains. There’s a greater context to all of these stories, and that gets to you. We see a lot more than you see — we see the dysfunctional relationships between the kids and their parents who haven’t agreed to be on the show. There’s a lot. All that stuff is depressing, and oftentimes I have to go for a run or work out the second we finish shooting.