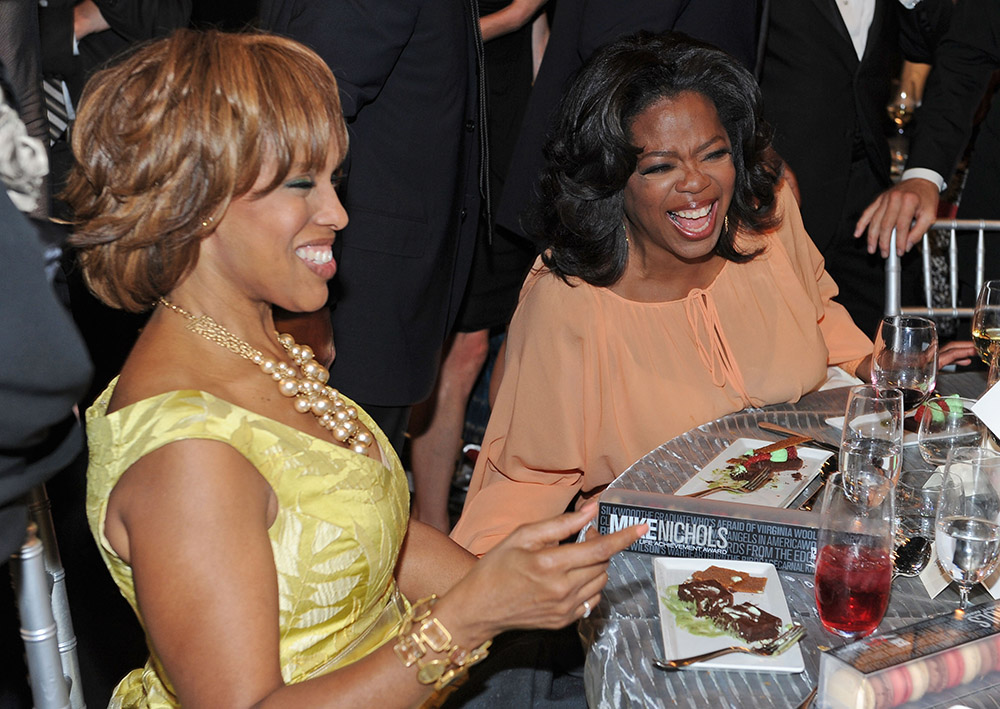 November 14, 2005 was an amazing day. It was a Tuesday. And on this day, in the early afternoon, Oprah Winfrey decided to leak old Oprah Winfrey footage on her show, The Oprah Winfrey Show. Jim Carrey happened to be a guest on that day’s show, but that doesn’t matter, because I just said that Oprah leaked Oprah on Oprah.

Two days ago, the OWN TV YouTube account re-leaked two Oprah clips of Oprah leaking Oprah on Oprah. And this archaeological dig need not be taken lightly. Because these are classics.

Oprah sets this clip up by saying “Ionohow I got hired.” Let me tell you exactly how you got hired, Oprah. 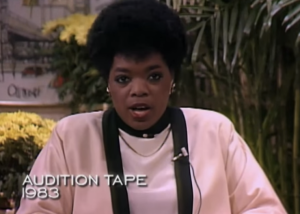 That widow’s peak Afro, that necklace, those earrings, that lipstick, and that Bubblicious outfit. These are all reasons why you got hired, Oprah. Also, you spelled your name. And then said that it was “HARPO” backwards. And then you brought up Harpo Marx. All of these certainly played a part in you getting hired.

That part when you continued into your name origin story by way of Bible tales? This absolutely got you hired. Also, bringing up that you didn’t have a television and that no one in your family knew how to spell? Huge in you getting this job.

It’s pretty amazing to see 1983 Oprah and realize she’s had “it” since the very beginning. Or, in this case, even before the beginning. But, as great as this is, it isn’t close to the best throwback Oprah clip from that beautiful Tuesday in November of 2005.

This clip has everything you could want in old-school Oprah and Gayle. Stedman with a curl in a cream turtleneck? 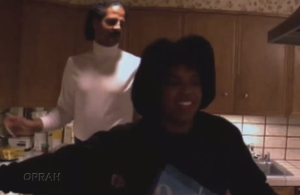 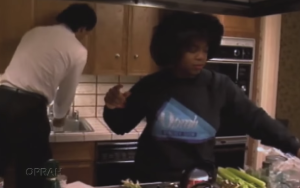 Oprah hitting Stedman over the head with celery stalks after not answering Gayle’s question about a wedding and thus getting curl juice all over the celery? 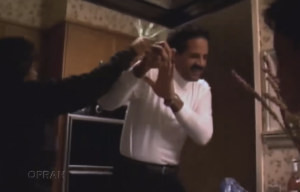 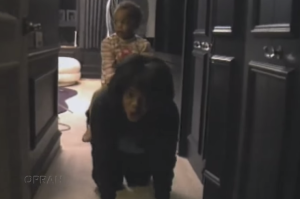 Oprah and Gayle in shades, looking like South Side Thelma and Louise? 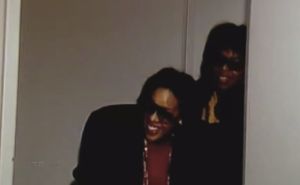 This picture of Oprah and Dolly? 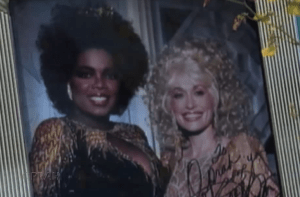 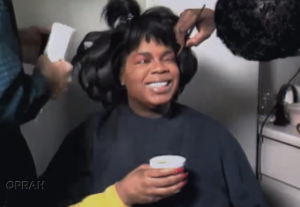 But it’s not just the images. As great as they are, the conversations are the true gems.

Gayle: There are so many different hairdos

Oprah: It shows that I’m a very versatile woman. It shows I’m not stagnated in one position by life — I’m willing to change.

Gayle: Ehh, I don’t think that’s what it shows. I think it shows “I don’t know what to do with my hair.”

That could be the entire video and I’d be satisfied, because that is immaculate best friend verbal side-eye. But there’s still so much more. And it’s finding a way to get better. Like the next scene, in which Oprah walks out onto her show, saying “Oprah’s coming out.” Or what follows, which is fantastic.

Oprah: Uh, yes. I like being a boss and I’m a very good one.

AND THEN SHE GLARES AT GAYLE: 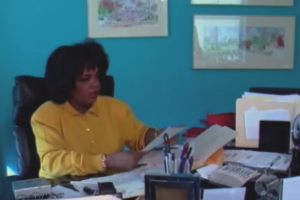 AND THEN SHE RICH-WOMAN-CHUCKLES AT GAYLE: 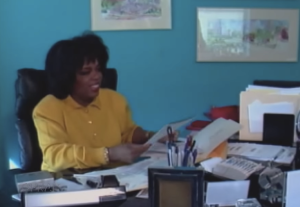 Gayle: She says, ever so modestly.

Oprah: And I’m very modest about it, but I’m a very good one because I pay people very well for the work that they do because I remember when I wasn’t paid well.

Gayle: You really don’t see yourself in the same category as being a celebrity?

Oprah: There’s a difference between being a celebrity for 17 minutes, uh, and being a legend. 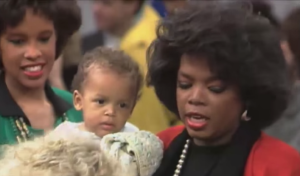 We really are not worthy.

Terry Crews Just Inherited 'Who Wants to Be a Millionaire'