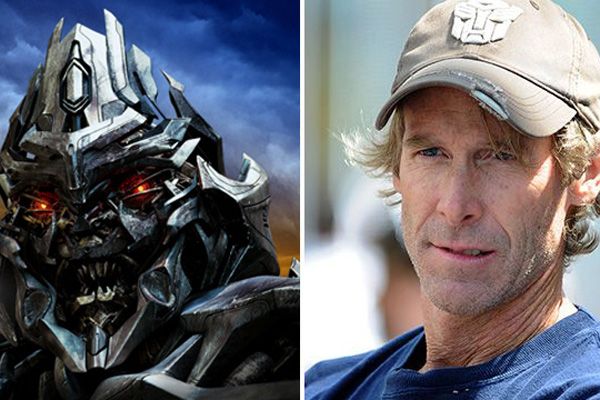 Let’s back up. The latest incident of “Bay vs.” features none other than Megatron, in the form of Hugo Weaving, who voiced the evil sentient robot from space in all three Transformers movies. (Did you know that? I did not know that.) Speaking to Collider (via Heat Vision), Weaving said:

That’s a weird job for me because it honestly was a two-hour voice job, initially. It was one of the only things I’ve ever done where I had no knowledge of it, I didn’t care about it, I didn’t think about it. They wanted me to do it. In one way, I regret that bit. I don’t regret doing it, but I very rarely do something if it’s meaningless. It was meaningless to me, honestly. I don’t mean that in any nasty way. I did it. It was a two-hour voice job, while I was doing other things.

Is there anything all that injurious here? “Meaningless” is perhaps an overly intense choice of words, but Weaving is just making clear what we’d already all assumed about regular actors doing voice work. Is there some simmering tension there because Hugo found it odd that Michael Bay never wanted to sit down for a chat? Then again, maybe it was Hugo who dropped the ball? Did he ever actually check and see if, say, Mikey wanted to play racquetball? Whatever the case, Bay wasn’t quite able to shrug off the tough talk. In a blog post that he has now deleted, he says:

Do you ever get sick of actors that make $15 million a picture, or even $200,000 for voiceover work that took a brisk one hour and 43 minutes to complete, and then complain about their jobs? With all the problems facing our world today, do these grumbling thespians really think people reading the news actually care about trivial complaints that their job wasn’t “artistic enough” or “fulfilling enough”? I guess The Hollywood Reporter thinks so.

What happened to people who had integrity, who did a job, got paid for their hard work, and just smiled afterward? Be happy you even have a job – let alone a job that pays you more than 98% of the people in America.

I have a wonderful idea for all those whiners: They can give their “unhappy job money” to a wonderful Elephant Rescue. It’s the David Sheldrick Wildlife Trust in Africa. I will match the funds they donate.

OK, so, yes, Michael Bay seems like he’s extremely dismissive of the needs and demands and musings of his “talent.” And, yes, sometimes, it seems like he wishes he could just go ahead and make movies without any humans at all. But see, it’s not because of anything particularly confrontational about this generation’s leading exploder of things on film. It’s just that goading whiny actors into donating their money to charity is one really good way to save the elephants. This is about the elephants. It’s always been about the elephants.

Drake Has Graduated From High School

Day of the Pumpkin: A Daredevil Attempt to Eat Every Pumpkin-Flavored Item From the Local Trader Joe's