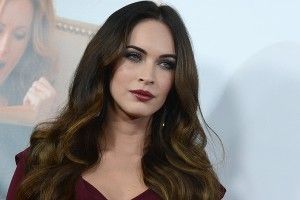 On Thursday, Michael Bay threw up a little one-liner on his blog: “TMNT: we are bringing Megan Fox back into the family!” And boom went the minds of a nation of devoted Bayologists. Michael Bay has pardoned Megan Fox for her sins? And he’s casting her in his Teenage Mutant Ninja Turtles movie?!

A little background: Michael and Megan have a bit of history, all going back to that time she playfully, cheerfully — like, totally in a fun way! — compared him to a certain former Chancellor of Germany. The comments in question, made to Wonderland Magazine in 2009: “[Bay] wants to create this insane, infamous mad-man reputation. He wants to be like Hitler on his sets, and he is. So he’s a nightmare to work for but when you get him away from set, and he’s not in director mode, I kind of really enjoy his personality because he’s so awkward, so hopelessly awkward. He has no social skills at all. And it’s endearing to watch him.” Actually not all that bad, when you read it in context — but I guess it was hard for Mikey to get around the words “HE WANTS TO BE LIKE HITLER,” huh? Anyway, he fired her from the Transformers series for her transgressions, and admitted as much, then went right back to pummeling our brains in with senseless, endless Decepticon gore, leaving Megan to wander the barren desert that is “not working in Michael Bay films” forevermore.

And now, the twist ending: Bay’s buried the hatchet, and hired Megan for Ninja Turtles (it’s just called Ninja Turtles), the franchise reboot he’s producing. We’ll have to wonder how it all went down, exactly, but I’m not all that surprised that it did. Sure, banishing some ungrateful peon into obscurity is pretty satisfying, as far as megalomaniac stuff goes. But it must feel even better to eventually welcome that peon back into the loving arms of your bountiful kingdom, and then have the peon owe their whole two-bit career to your endless loving grace. Michael Bay is human penance in the flesh.

Now, on to the more important stuff: What exactly is Megan Fox going to be doing in a Ninja Turtles movie? April O’Neil — that paragon of investigative reporting and trans-species-friendship and yellow-trenchcoatism — is the obvious choice. But Bay has proven himself to be quite the blasphemer with this project so far: Remember, the half-shell heroes are aliens now. Ah, this jerk will probably have her playing one of the goddamn turtles.

Afternoon Links: The Obama-Inspired Game of Thrones Knockoff, the RiRi-and-Breezy-Inspired SVU, and More