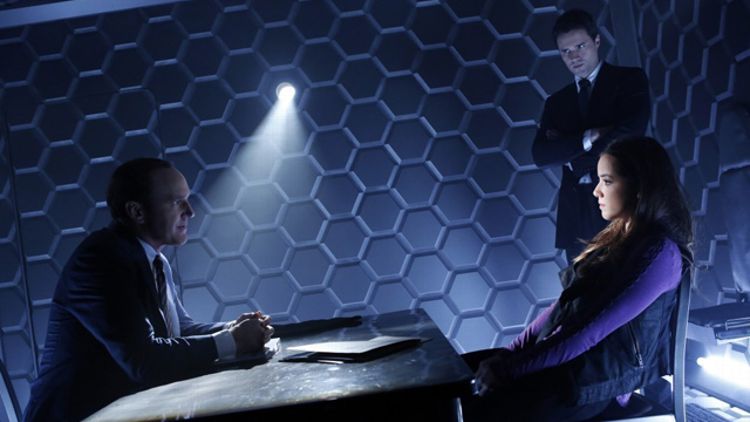 ABC is rolling out a block of new shows tonight, including the much-anticipated debut of Marvel’s Agents of S.H.I.E.L.D. at 8 p.m. (ABC, Marvel, and Grantland are owned by the all-powerful Walt Disney Corporation). Is the premiere “the biggest event on television,” as claimed by the network hoping some of The Avengers’ billion-dollar magic will rub off on its prime-time schedule? Here’s an excerpt from Andy Greenwald’s fall TV drama preview if you’re on the fence:

I liked the pilot; didn’t love it. J. August Richards contributes a nice turn as an ordinary joe with great power but struggling with great responsibility. And Brits Iain de Caestecker and Elizabeth Henstridge liven things up considerably as Fitz and Simmons, two wide-eyed techno geniuses who together comprise a quasi-Q to Coulson’s Almost Bond. The major drag here isn’t the absence of big-name characters, it’s the casting of the tiny ones chosen to take their place. Ming-Na Wen scowls and stalks effectively as Agent Melinda May, but the rest of the cast seems hand-selected from the back pages of an Abercrombie catalogue. As the studly Agent Ward and the aforementioned “hacker” Skye, Brett Dalton and Chloe Bennet make less of an impression than my fist would into a wall made of solid vibranium. Marvel’s Agents of S.H.I.E.L.D. could be diverting fun if Joss stays involved (the show will be run by his brother and sister-in-law), if Marvel can refrain from micromanaging, and if some of the punching budget is saved for punching up the tepid supporting cast. That’s a lot of ifs. But there was a time not too long ago when people weren’t sold on Robert Downey Jr. in a tin can, either. Times change. And if this show takes flight, TV will too.

Also debuting is Lucky 7. And, uh, maybe that one seems less promising:

I have to be honest: I have no idea why this show exists. It’s unclear who the target audience is, what the long-term story goals are, or how it plans to achieve them. But I was mildly charmed by Lucky 7 just the same. Adapted from a (wisely limited) British series called The Syndicate, it tells the story of a motley crew of coworkers at a Queens auto repair shop who split the winnings when their lottery pool hits the $45 million jackpot. And here’s the thing you won’t believe: It seems that money doesn’t solve all of life’s problems!

And if comedy’s your thing, ABC is also bowing Trophy Wife and The Goldbergs, which you can read about in the comedy preview. Good luck out there tonight.