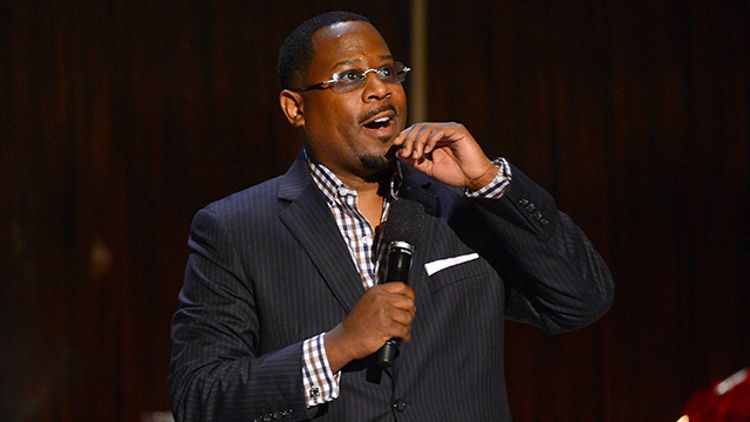 A short list of people with whom Martin Lawrence has professionally “buddied”: Will Smith, Tim Robbins, Eddie Murphy, Luke Wilson, Steve Zahn, and, of course, the fat suit from Big Momma’s House 1-3. To that well-pedigreed résumé, you can now add one more hallowed name. That’s right: Kelsey “I’m Frasier, Bitch” Grammer will be the latest “buddy” in Lawrence’s eternal “buddy-[blank]” world.

This time, it’s a buddy-legal comedy on FX. As EW reports, “The cable net ordered 10 episodes of the sitcom from Bob Boyett (Family Matters, Full House) and Robert Horn (Living Single, Designing Women). The comedy is about the two lawyers who come from ‘vastly different backgrounds who unexpectedly meet in court on the worst day of their lives. Brought together by fate and greed, they develop a partnership and friendship, forcing each other to find the balance between the ethical and the unscrupulous in both their professional and personal lives. …'” and blah blah blah — who cares! It’s Martin Lawrence and some square dude! I mean, have you seen Blue Streak? This thing is going to rule.

By the way, it’s also on the same extreme scheduling setup as FX’s turbulent Anger Management and all the Tyler Perry sitcoms: If it gets picked up past 10 episodes, it immediately gets an order of 90 more, to be produced at maximum pace. Which is kind of a win-win: If Martin and Kelsey get along for that long, that’d be one sweetly, endless-possibility-of-life-affirming pairing. And if they don’t get along, well, at least we finally get to find out who’d win in a strangling competition.