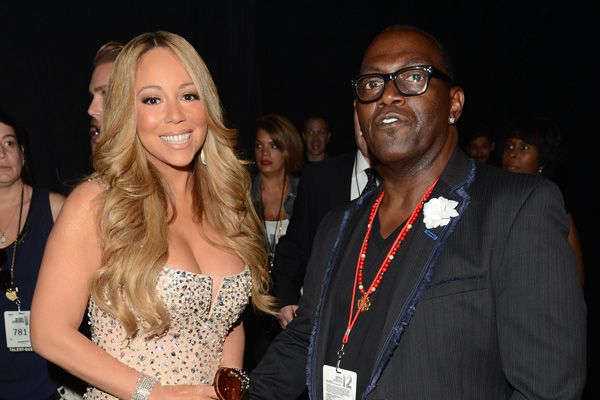 At this time last week, things were very dark in the American Idol universe — after sending this year’s crop of Idols on their summer tour, waving and smiling as if everything was just fine, the parents (and creepy Uncle Steven) went back in the house and promptly had a meltdown. Now, with judges Steven Tyler and Jennifer Lopez out (well, “99 percent out” in Lopez’s case; more on that in a minute), Lone Dawg Randy Jackson was left to rule the roost, and even that was up in the air.

But hope is on the horizon — thanks to a well-timed call to Mariah Carey’s manager (himself), Randy got the multi-platinum recording artist/former mermaid in talks to join the family, and today at the Fox presentation at the Television Critics Association Press Tour, network executive Kevin Reilly began his session by sitting down, taking out his phone, and dialing the Glitter star. After his first attempt went to voice mail, Carey finally picked up and officially confirmed that the deal was official.

But there is simply not enough oxygen in the Idol Dome for two divas of such stature, and sure enough, with the announcement of Mariah’s hiring came the final nail in the coffin of Nigel Lythgoe’s improbable hope that by “99 percent positive she won’t be back on the show,” Jennifer Lopez really meant “I just have to see if I can postpone my sold-out international tour.” “I think I can say it’s 100 percent that she won’t be back on the show,” said Reilly, confirming what we already knew about the newly re-famous Lopez. Who says Idol doesn’t launch careers?