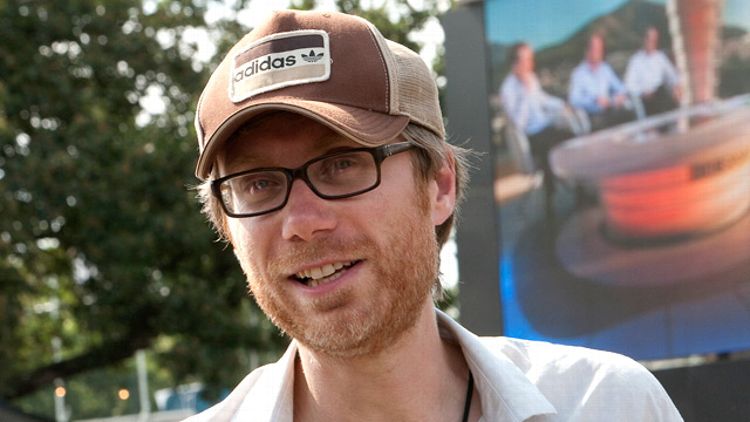 Stephen Merchant and Ricky Gervais do everything together: Co-create comedy classic The Office, cowrite and costar in not-so-shabby-either Extras and The Ricky Gervais Show, co-direct drama feature Cemetery Junction (OK, that one no one saw), and, you can go ahead and assume, co-spend at least some of those endlessly flowing Office international rights residual checks on things like Bugattis and bouncy castles. But now Merchant, who’s 14 years younger than Gervais and about twice as tall, is stepping out on his own. Deadline reports that Merchant has linked up with HBO for Hello Ladies, a comedy based on his stand-up special of the same name about his bad luck with the opposite sex.

Merchant, who is cowriting the show with American Office producers Lee Eisenberg and Gene Stupnitsky (they’re the guys who wrote the Ghostbusters III script that Bill Murray hated), will direct and star as some desperate David Brent-ian version of himself. Says Deadline: “Half as charming as he thinks he is — and twice as desperate — he’s obsessed with infiltrating the glamorous world of beautiful people. Unfortunately the beautiful people won’t let him in.”

Merchant’s proven himself pretty adept in limited minutes — as the clueless agent in Extras, as Andy Richter on The Ricky Gervais Show, as Oggy on that one episode of The Office, and as himself in this random, hilarious BBC thing embedded below — and it’ll be nice to see him getting that long-awaited solo shine. Only one question remains: Will the pilot of this show open with a deflating-strut montage set to “Hey Ladies”?