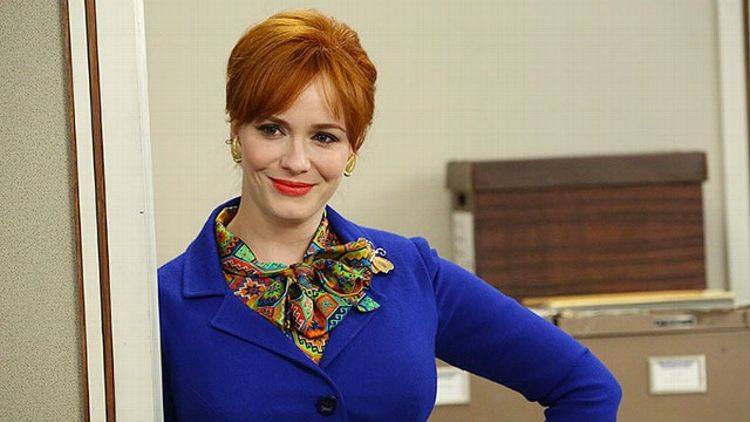 “Is growin’ up always miserable?” Sonny asked. “Nobody seems to enjoy it much.”
“Oh, it ain’t necessarily miserable,” Sam replied. “About 80 percent of the time, I guess.”

Everyone is mysterious when you’re first getting to know them. You have to peel back layer after layer of false front before you hit any oil. Social personalities are mostly misdirection. It takes forever to find out what anyone’s really all about. You learn to differentiate between what someone says they believe and their actual beliefs; between what they say they’re going to do and what they do. We are often mysterious to ourselves. Every human being is steered by several stars. Inside each person are a naive sailor, a seasoned captain, a scientist, the girl next door, a foxy redhead, a millionaire, and his wife. We contain multitudes.

Margarine will never be butter. But it can only really be compared to butter, and butter will always win. Peggy’s zippy bit of historical trivia that margarine doesn’t need to be refrigerated probably won’t help sell margarine, because it’s hard to imagine a successful campaign being “Margarine: You Don’t Have to Refrigerate It.” SCDP’s replacement token female copywriter Margie loses her job when Peggy returns. Topaz Pantyhose won’t know the difference, because they didn’t even realize there’d been a switch. Peggy now openly prefers Ted Chaough, who is the plant oil substitute for Don Draper. Suddenly everyone at SCDP prefers Ted, who is warm and open while Don is closed and cold. I actually like the taste of margarine, although I don’t know that I’d say I prefer it. Can’t you like two similar things equally? No? OK.

Perhaps the Gilligan thing was Matt Weiner taking friendly shots at Vince Gilligan, creator of rival Best Television Series in This Our New Platinum Age of Television, Breaking Bad. But probably not. Is Vince Gilligan the Ted Chaough to Matt Weiner’s Don Draper? Would you rather your showrunner be a volatile hard-to-read firebrand who often produces dazzling results or a mellow corny guidance counselor whose methods might be formulaic but darned if they don’t work? It’s a matter of personal preference. Also, your taste can change with experience and age. Peggy’s did!

Ted is … groovy? He likes to have a little rap session. He chills in the back of the cut like a dweeby high school English teacher who tries to be cool by sitting on his desk and throwing his tie over one shoulder. Ted genuinely cares about his friend and business partner who has cancer. He cares about other people and the company, two things Don Draper currently seems to give less than a fuck about. Don’s attempt to sabotage Ted by getting him tanked makes Don seem defensive and weak. Why did he agree to the merger at all if he wasn’t ever planning to cooperate? Because Don always acts first and thinks about it later, if he thinks about it at all.

Obviously Joan is a Ginger, and Peggy is a Mary Ann. But even Ginger is a Mary Ann sometimes. Joan is really even more appealing when she drops the sex-kitten character, which she does increasingly often these days. Bob Benson uses Joan’s bout of physical vulnerability to his advantage, but it’s also to hers. (But don’t tell a redhead she looks wan just because she’s translucent. They can’t help it if they’re vampires!) He took care of her, which is exactly what the other men in her life have always failed to do. He took her to the doctor. He manipulated a nurse into getting her faster treatment. He took an interest in her that wasn’t overtly sexual. He treated her like a person! He might be using her to advance at the company, but is there such a thing as positive use where everyone leaves feeling good about things — like a mutual exploitation? Baby Kevin gets a new football, Bob doesn’t get fired, and Joan might get laid. Joan’s mom has a point about younger men being less intimidated by powerful women, and if being a partner is going to isolate her dating prospects further, she might as well leverage her power to get some strange.

Is Don good at phone sex or terrible at it? It’s ambiguous. Don saying, “You exist in this room for my pleasure” with a straight face made me guffaw, but people say all kinds of weird things in or around bed and sometimes it’s funny but sometimes it’s hot. Don’s dominating pillow talk felt forced, but it’s notably also lacking the Seven Words You Can Never Say on Television. Mad Men is on cable, so technically there’s no reason they can’t get more obscene with the language. Maybe they’re held back by AMC’s need to keep advertisers happy, but I’m also certain ad slots will keep selling apace even after we find out Don’s new slogan idea is “Margarine: Rub It on Your Fucking Tits.”

Don grew up without television, which now makes him an outlier. It also makes him seem out of touch, as somebody who can’t follow a simple Gilligan’s Island analogy. One generation’s vanguard tech product is the next generation’s old hat (hat 1.0). Digital natives become foreigners again anytime a new interface is created. But why does Don need TV when he can direct human beings in real life? With Dr. Rosen out of town and little Rosen off experiencing June in France, there’s no real reason Sylvia can’t loll around naked all day in a paid suite waiting for Don Draper to show up.

It wasn’t the crawling around on all fours that turned Sylvia off. That was the part she liked! It was the waiting around all day. Sure, she’s got Larry McMurtry’s perfect 1966 novel The Last Picture Show (until Don takes it off her hands), and not picking up her absent lover’s calls gets her worked up enough to dial her own rotary, but the reality is mostly boring. The unglamorous truth is that she can’t only exist for Don’s pleasure because she is a full-grown woman who already exists for her husband and son. She can’t sit around in a dark hotel room during daylight in an outdated Marilyn Monroe gown and heels waiting for her sidepiece to show up. She’s got other shit to do.

“I need you, and nothing else will do,” says Sylvia, before the fall, and it sounds exactly like Don pitching Heinz. Uncomfortable sex scenes provoke a range of reactions. It can be a litmus test for your own comfort. As much as Sylvia enjoyed playing fancy hooker for the day, it dredged up all her Catholic guilt. Peggy, aside from being the other Catholic woman in Don’s life, is the only one who really knows how to neg Don the way he likes it. Was Don just acting out his feelings about his new inability to control Peggy on Sylvia? Does he know that Betty is brunette now?

Don has always been selfish and mostly concerned with his own needs, but in prior seasons he had more interactions that showcased his softer side. His friendships with Anna Draper, Peggy, and Joan proved he could relate to women in a platonic way. His bromance with Roger provided laughs. But this year, Don has cut himself off emotionally from everyone except Sylvia, to whom he demonstrates his love by verbally controlling her every move. Sylvia reacts to Don going the full Adam Sackler similarly to the way Adam’s girlfriend Natalia reacted to it on Girls; she gives it a shot, and in doing so realizes she absolutely must peace out right now.

Don got dumped, and hard. This was not part of his plantasy. He just wanted to do something to Sylvia that would make her scream at him the way she did at her husband, but he couldn’t provoke that reaction out of her because they have no history. She decided to honor her loyalty to her family after neglecting it on a tall, dark whim. Now Don is left wondering if Dr. Rosen is better in bed than he is. Those surgeon’s hands! Don tells the bed not to lay like the open mouth of a grave, then goes home to his incredibly hot young belle jolie wife and the assassination of Bobby Kennedy.

Oh yeah, and Happy Mother’s Day from Pete Campbell! The plot twist of having parents who raise you into adulthood is that then you have to take care of them forever. Surprise! Pete is uncomfortably close to his mother in every possible way, which his brother digs in by suggesting that Peter and Dorothy Dyckman Campbell are high-strung in a similar way. I couldn’t remember Pete’s mom’s name at first so I just kept thinking of her as Lucille Bluth. Pete’s frustration with his mother’s dementia, alternated with bursts of tenderness, is hard to watch because it’s so accurate. He tries to get her to relax by watching TV, but people keep getting murdered on the news.

Vincent Kartheiser has been on fire this season, and the Emmys should really recognize him for continued excellence (and for prematurely sacrificing his hairline). Pete does the right thing for once in his life and is punished by being exiled from Ted and Don’s small-plane hang. As much as Ted shone bright like a ball of margarine above the clouds in this episode, I’m worried that light aircraft is a Chekhov’s gun. No matter what, we’ll always have his aviator shades tip in inevitable “Deal With It” GIF form.

Mad Men’s odd pacing feels like real life, which doesn’t occur in neat three-act narrative glyphs but spools out in fits and starts and unsettling nap dreams. Time moves forward, whether you’re 40 minutes late or not. It’s parsed out neatly in 48 Gilligan’s Island–length increments a day. You work, you sleep, you eat the yellowest fried eggs (AND BACON!!!!!), you fix a gin and tonic with two ice cubes, you watch TV. You wake up, and someone’s been shot.