‘Louie’ Without Louis: About ‘In the Woods,’ Last Night’s Long Flashback Episode 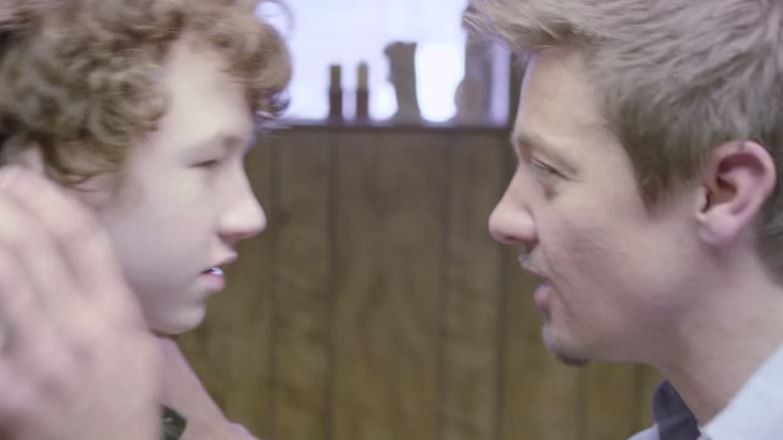 Louie’s been tough this season, blasting from the far-ranging brilliance of Season 3 into something darker, weirder, at once more absurdist and realistic. A bunch of ethically alarming moments (the Pamela scene last week, Louie slugging a model in the face, the whole “fat girls” monologue situation) have accumulated into a challenging atmosphere. We’ve been kept more on our toes than ever, asked to patiently ride out thematic and tonal transitions that would give any other series whiplash. You never had the slightest clue what was coming next in the recent “Elevator” six-parter, but it managed to be an engrossing — if intense — trip.

C.K. opted to follow last week’s pair of dense episodes with something easier to digest, a 66-minute semi-short film (turns out C.K. was making a movie this season, just not when I originally thought) about teenagers, weed, and the ’70s. Oh, and the show’s heaviest parenting plot ever made up the modern-day portion of the story. Let’s check out the pieces that built “In the Woods,” Louie’s middle school memoir.

Jeremy Renner Gave the Best Performance Louie Has Ever Had

Louie has hooked some starry performers (Melissa Leo, Parker Posey, Robin Williams), but Jeremy Renner stepped into this episode like he was picking up where he left off alongside C.K. in American Hustle. He was convincing and horrifying, and brave to leap from his Hollywood hero profile into the sweatpants of a scummy local drug pusher named Jeff Davis. The way Jeff sucks 13-year-old Louie into a river of bad decisions — and then explodes at the kid once he’s out of his depth, deep into “real man shit” — is spellbinding, brutal. What Renner and the kid, Devin Druid, built here is the reason I can imagine this episode being shown in D.A.R.E. next school year. (Maybe without the part where he gets let off the hook by the “cool teacher.”)

“In the Woods” was like the ambitious big brother to Season 1’s “God,” and the cousin to the extended flashback in “Elevator Part 4.” C.K. took a rare backseat as a performer, putting the fate of the episode in the hands of a young doppelgänger — and the kid was great.

Young Louie was played by Devin Druid, who will soon appear in HBO’s Olive Kitteridge miniseries. There isn’t much more info about him — he’s definitely on the newcomer side of things — but he does have Twitter, and his bedtime was disrupted by this starring role on Louie.

Btw, I know I said I was going to sleep, but I keep randomly waking up and I'm too excited to stay asleep and not look at the feedback. xD

The young, tragic bully who was a temporary smoke-buddy to Louie was played by Oscar Wahlberg, son of Robert Wahlberg. And, yes, nephew of Mark Wahlberg.

This Story Was Inspired by a Couple of Stand-Up Routines

“I hated being a teenager,” C.K. said before launching into what would basically become “In the Woods” in 2011’s Live at the Beacon Theater. “And then I discovered drugs, and then that’s allll I gave a shit about. I don’t know how I’m gonna tell my kids — how the fuck do you compete with that? How do you take a miserable person with no control over their lives, and tell them with a straight face, ‘Aw, ya can’t do drugs. You can’t do that, baby. All drugs are is a perfect solution to every problem you have right now.’ How do you beat that? Drugs are soo fucking good … that they’ll ruin your life.” Even in the brief stand-up bit, C.K. was starting to ponder how hard it is to be truly honest with your kids about drugs.

C.K. also really stole a bunch of scales, or has a great made-up story about stealing a bunch of scales. And selling them to drug dealers. Who most likely looked like Jeremy Renner. “For the whole year, I was stealing scales and smoking the dope … It was awesome. It might today be the best part of my life. It was the greatest, most satisfying time of my life. I got really skinny, ’cause I never ate, ’cause I didn’t wanna go home high, so I just didn’t go home for dinner and shit.” And he got caught, and it played out similarly to “In the Woods.”

Philip Seymour Hoffman Originally Had a Role in This Episode

Did you see “Dedicated to Phil Hoffman” in the credits? That wasn’t just out of the blue or specifically because of the show’s meditation on drug use vs. drug abuse, self-medicating vs. having a good time. Hoffman was supposed to act in the episode, probably as the science teacher, whose character was called Mr. Hoffman in last night’s cut. (C.K. also filmed an appearance on Hoffman’s Showtime pilot, Happyish.)

Scarily accurate tributes to the stoner-approved sounds of Clapton, Floyd, Blue Öyster Cult, Van Halen, and Zep. A few times I had to snap my focus from the scene to the song to see if C.K. actually licensed a ’70s slammer. But nope, it was just Louie music director Matt Kilmer and his band, SweetPro, as always. They manage to outdo themselves more or less every week. Louie should have soundtracks out on CD. Let’s make it happen.

Here comes 'Michael Bay's Beavis and Butthead,' because he's not done ruining your childhood quite yet. (Relax. It's not really happening. This is just someone animating your nightmares.)