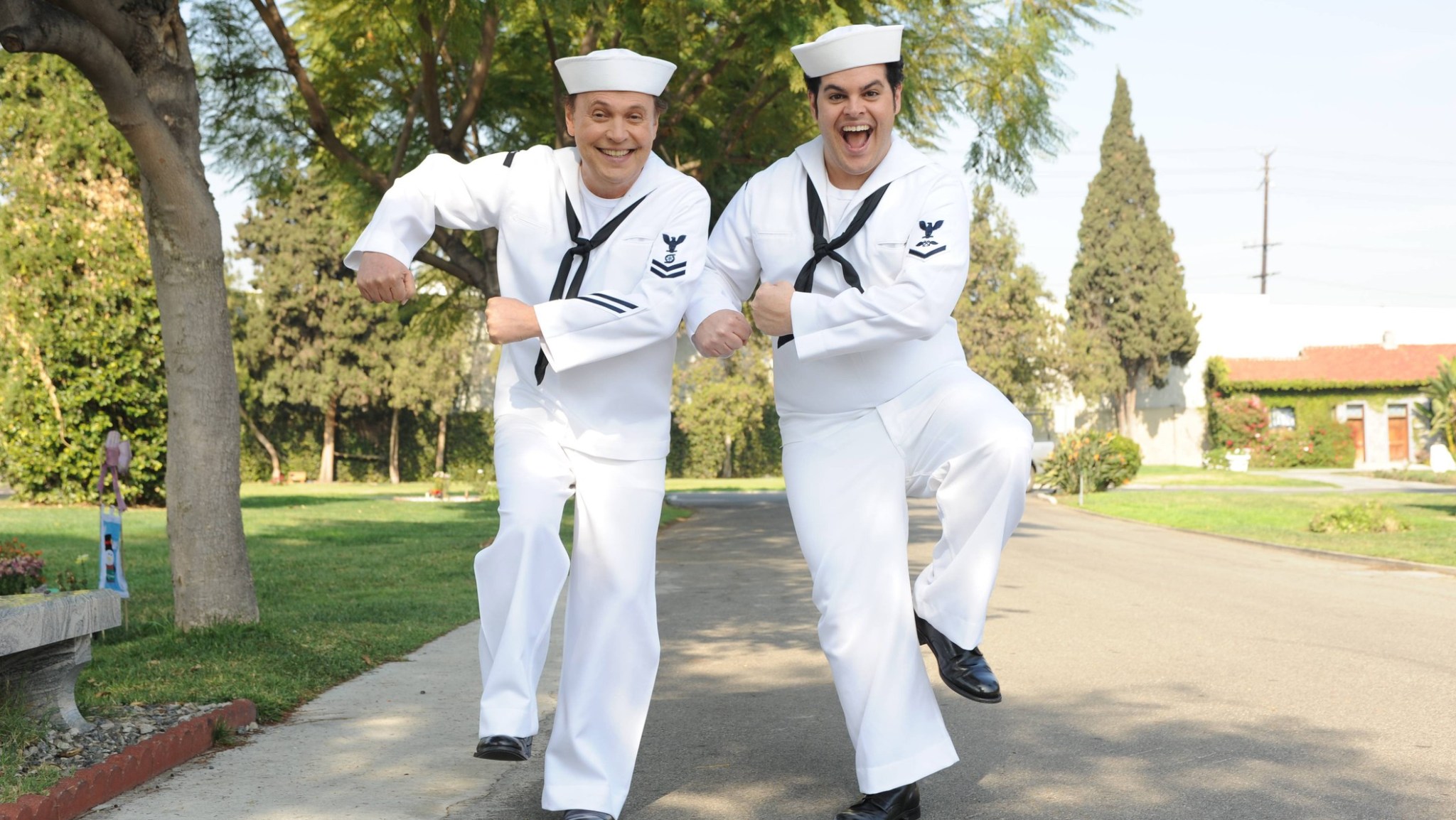 Do you remember the dream you had last night? The one full of rich, evocative detail and suffused with otherworldly emotion? And do you remember the desire you had to share the dream with every person in your life in an attempt to connect over the universal specificity of experience that binds us all?

Now, do you remember the look on your loved ones’ faces as you told them about the dream? The glassy eyes? The polite, rictus grin? The complete incomprehension over how something so minor and banal could have had such a profound effect on anyone, let alone you?

That’s the expression I sported during my time watching The Comedians, a new FX series debuting this Thursday night at 10 p.m. It’s not so much that I found the show irritating and unfunny. It’s that I couldn’t, for the life of me, understand how anyone involved in its creation could have for a moment thought otherwise.

The series stars Billy Crystal and Josh Gad and concerns the making of an FX comedy series starring Billy Crystal and Josh Gad. In other words, The Comedians is the latest in a long line of TV shows about the making of TV shows, an idea that Hollywood finds far more fascinating than the average fan does. (Yes, the public clamors for interviews with showrunners, but not for intimate access to their lunch orders.) What does The Comedians add to an overstuffed, generally uninteresting genre that already boasts Episodes, The Newsroom, The Comeback, and Life Is Short? Very little, I’m sorry to say.1 The meta, mini-demographic of TV fans who are also fans of network executives might find something to like here. Everyone else is out of luck.

In Episode 1, we learn that FX is close to picking up a sketch series from the 67-year-old Crystal but will only do so on the contingency that he agrees to take on the 34-year-old Gad as his partner. This is preposterous enough — on both counts — but on my own recognizance, I learned that The Comedians is based on a Swedish series (called Ulveson & Herngren) about an older comic uncomfortably paired with a younger, edgier foil. So why in the world is Gad — an acquired taste best known for his roles onstage (The Book of Mormon) and off-camera (Frozen) — here at all? Watching him play diminishing versions of an Apatovian man-child — he’s a picky eater, has poor social cues, and walks in on Crystal’s wife (Dana Delany) while she’s changing — I couldn’t help but imagine all the more interesting combinations that might have been, had FX chosen to pair the still-amusing Crystal with someone actually known for being funny. Think Crystal and Hannibal Buress, Crystal and Ben Schwartz, Crystal and Jerrod Carmichael, Crystal and the YouTube baby that dances to Katy Perry. Literally anyone or anything that might lift the show out of its smug, onanistic torpor. If the humor is meant to derive from conflicting comedic points of view, don’t you need, you know, two distinct comedic points of view?

It’s no great crime that The Billy & Josh Show — the show within the show — is painfully unfunny. A sketch in which Crystal, as Anthony Bourdain, repeatedly bazooka barfs on Gad as an ethnic cook who serves him human testicles is certainly no worse (or better!) than, say, 30 Rock’s Fart Machine. But TGS was intentionally awful, a joke graveyard imagined by people talented enough to dance on it with impunity. It’s the sort of trust that must be earned, and it’s something that The Comedians’ large brain trust — including Crystal, Matt Nix (Burn Notice), Ben Wexler (The Good Guys), and Larry Charles (Seinfeld) — seems uninterested in pursuing. The bulk of the series is devoted to a “behind the scenes” mockumentary that skewers targets softer than Pinkberry with stakes lower than California’s water table.2 As Crystal and Gad struggle to mount their show, they are continually beset by hangnails of the first order: improperly mixed smoothies, the agonies of valet parking, and the indignities of complicated Starbucks orders. Devoid of wit and unencumbered by perspective, The Comedians continues the industry’s lame tradition of peering delightedly into its own navel — I’m being polite; another orifice comes to mind — and mistaking all the crud collected there for gold. 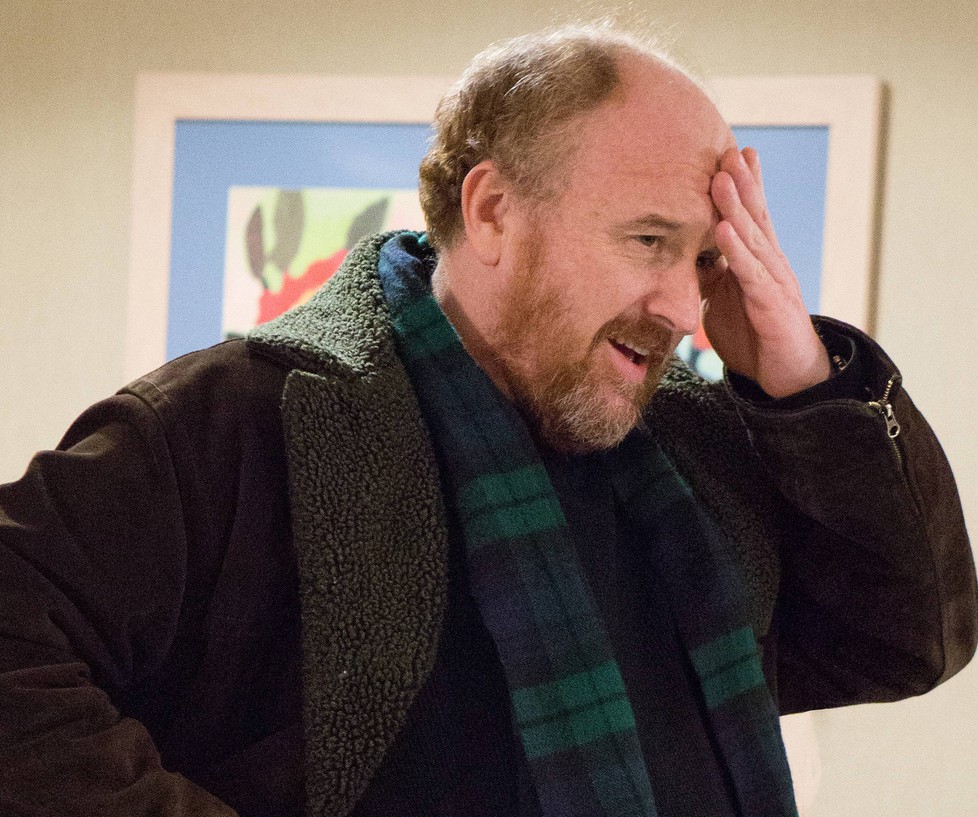 What’s truly funny is that The Comedians would be a perfectly reasonable title for the far-better FX show with which it has been paired. Louie returns for its fifth season on Thursday, and it has long been fascinated with the yawning chasm that exists between a professional comic’s act and his amateurish attempts at life. The veteran stand-ups that flit in and out of his orbit like Scrooge’s ghosts are rarely there to amuse. More often they serve as promises or warnings, of career paths not taken or of great potential wasted. What sets Louie apart from every other comedy on television is more than a willingness to play things completely straight. (The very best episodes — “Daddy’s Girlfriend: Part 1,” “In the Woods” — are often completely joke-free.) In its inimitably sloppy and digressive way, Louie makes the case that the raw materials that go into a comedian’s life engine can be far more compelling than any of the material that is eventually farted out of it.

Of course, if I accuse The Comedians of navel-gazing then I have to be prepared to admit that Louis C.K. is the Jacques Cousteau of the umbilicus. Entire episodes have been constructed out of bad habits and worse dates. Last season he turned a simple meet-cute with a neighbor into a six-part foreign-language film that culminated in a city-destroying megastorm. But while the televised Louie is a mess personally, the real Louis C.K. is anything but. It takes a steady hand to write, direct, and edit a TV show all alone; it takes a steadier one to keep that individual achievement from tipping over into solipsism. Though Louie changes radically from season to season and, often, from commercial break to commercial break, certain things stay constant and true: the messiness of life, the hunger for personal connection, the noisiness of other, baser appetites. Louie speaks with a singular voice that’s not for everyone but could never be mistaken for anyone else.

Last year, this untidiness set the Internet on fire in the best possible way. The first four episodes of Season 5 aren’t nearly so provocative — or as good. In fact, between the increasingly hostile presence of Pamela Adlon’s Pamela and some goony, repetitive guest turns by Michael Rapaport and Robert Kelly (as a cop and Louie’s brother, respectively), I’d argue that, season premiere aside, these are some of the weakest Louie episodes to date. But that’s almost beside the point. Appreciating the joy of Louie means celebrating its occasional failure. Good comedians don’t have to make you laugh to be interesting. A little honesty, creative and otherwise, can go a long way.