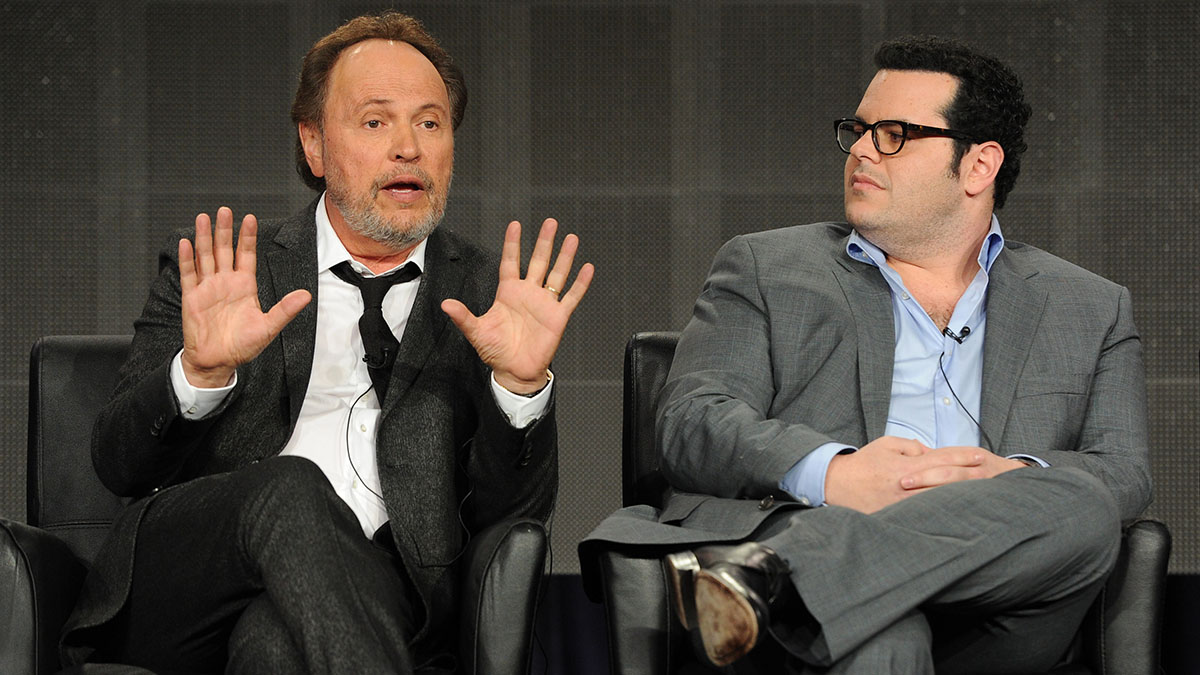 Larry Charles — Seinfeld writer, Curb Your Enthusiasm director, Sacha Baron Cohen collaborator, and walking comedy fable — calls from Marrakech on Easter Sunday to discuss a new TV project called The Comedians. The show, which premieres today on FX, follows the lives of two comedians, one older and one younger, played by Billy Crystal and Josh Gad, as they struggle to put together a television show for FX starring Billy Crystal and Josh Gad.

“Are you just traveling?” I ask Charles of Marrakech, which I’ve heard is the kind of heated, labyrinthine city whose streets fold in on themselves, sort of like a Larry Charles plot. “I wouldn’t just come here to travel,” he says, but takes another half-hour or so to finish his answer.

Despite being a show in which Billy Crystal and Josh Gad play themselves, The Comedians is based on a Swedish format — that’s the word the television people use — called Ulveson & Herngren, which aired about 10 years ago on the country’s national public broadcaster, SVT. “Amazingly enough, the Swedes have comedy shows,” Charles says.1 This is about all I know about Ulveson & Herngren, other than that Charles describes it as “an extremely dark show in which two comedians who play themselves are forced to do a TV show together,” and that if you translate its Swedish-language Wikipedia page, there does seem to be a subplot about alcoholism.

Charles has always been fascinated by fourth walls, self-referential narratives, and the slippages between fact and fiction, but he especially liked the idea of deconstructing a performer as polished and monolithic as Crystal, who appears both ubiquitous but endlessly rehearsed, someone you see all the time and yet never really feel like you know.2 “He has such an incredible range of talents,” Charles says, “but he also has this well-crafted, well-honed persona. I thought, Well, if he’s willing to subvert that …”

In conversation, Charles is high-minded but low-key, and talks with the enigmatic calm of a beat poet who has outlived his angst. “Maybe that’s the answer, maybe that’s the answer,” he says when I offer a theory about something or another, then takes a deep pause and pivots away into a more refined perspective. When I ask about his interest in self-referential storytelling, he responds obliquely: “We’re defined to some degree by the things we get produced. If we were defined by the things that didn’t get produced there’d probably be a different perception of me.”

Twenty-five years ago, the idea — of a show about a show in which performers play themselves — might’ve sounded radical; now it verges on routine.3 Charles, of course, is partially responsible for this, but he also sees himself as part of a much broader continuum. “When I was a kid, we had shows like The Jack Benny Program, Burns and Allen, The Joey Bishop Show — shows where the comedians played themselves, where they’d turn to the camera and address the audience,” he says, then widens the circle to include directors like Jacques Tati and Luis Buñuel, who treated reality like a plate of hors d’oeuvres, grazing when they felt like it and letting it pass when they didn’t.

Put another way, the narratives aren’t new; what’s new is how we talk about them. Charles attributes this, above all, to cultural amnesia. “My daughter’s 28 — she knows about this stuff because of me,” he says. “But if you ask most people of a certain age who Jack Benny was, they have no idea.” Age and how it leaves you behind, incidentally, isn’t just a theme of The Comedians, but of the story behind it: It’s easy to imagine someone as conventionally showbiz as Billy Crystal seeing Louie or Seinfeld’s Comedians in Cars Getting Coffee and sensing tectonics at work.

There’s also the somewhat bygone notion of comedy teams, performative yin-yangs that Charles, who is 58, sees in newer shows like Broad City and Garfunkel and Oates, but not nearly to the degree as when he was younger. “If you ask Larry or Jerry or Billy, they all knew hot, funny comedy teams when they were coming up,” he says. “I think there’s a real seduction [now] to make it yourself.” (One of the quietly sustained threads of The Comedians is how two people come to work with each other after having been substantially rewarded for doing their own thing.) 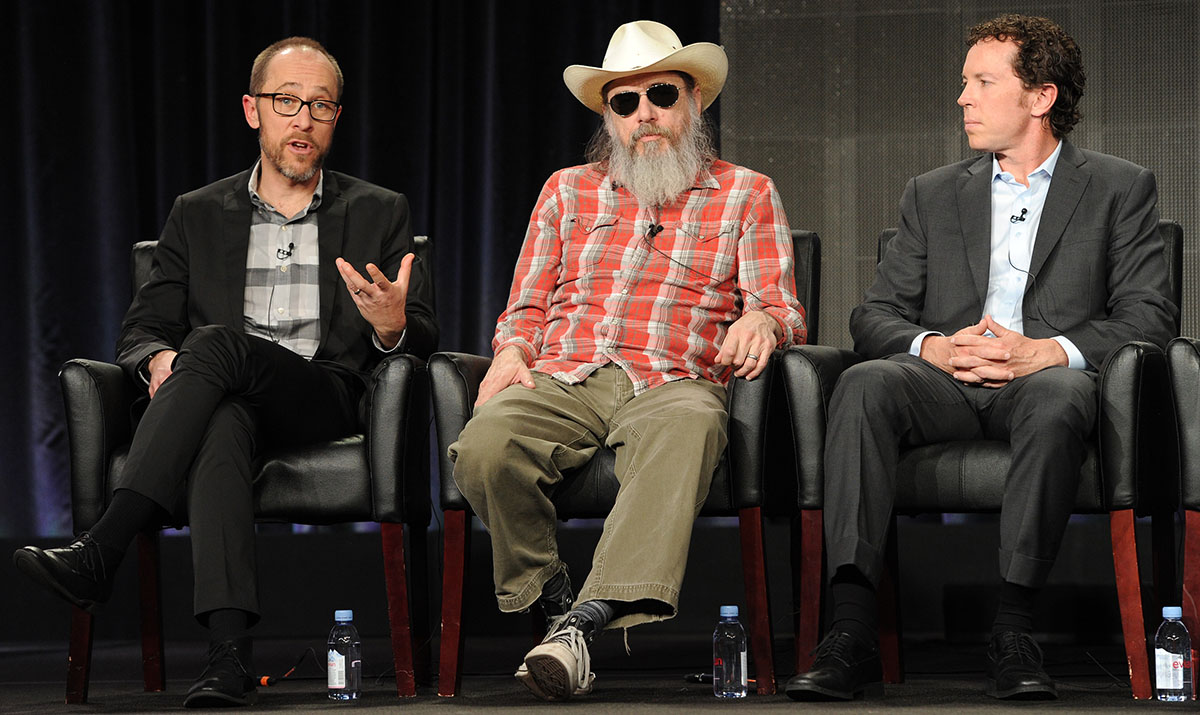 We come back to economics, or go further into it. “Curb and Seinfeld were very cheap to produce,” says Charles. The Comedians cost a little more, he says, but not much. I tell him a story I heard somewhere about a Louie episode in which a helicopter arrives without warning and leaves without explanation, just to blow the budget they had left over. He likes that: It offers an arbitrary response to an arbitrary situation. Like how The Comedians is a show about two American comedians playing themselves but is based on a show from Sweden.

Nobody fully explains how or why this happens, by the way. Charles calls it “corporate tyranny,” adding that networks generally feel better when a show has been a proven success elsewhere, though I have no idea what a show about two Swedish comedians could prove about Billy Crystal and Josh Gad. Nick Grad, a copresident of original programming at FX, tells me Fox Television Studios brought them the show with Billy Crystal and the Swedish format attached, later adding, somewhat enigmatically, that “formats take on all forms.”

As for the pitch, which I’m curious about given that The Comedians is in part about a show’s slippery relationship with its network, Grad says Crystal seemed excited about it, the network was attracted to the ideas, and, elementally, “It was really funny.” We talk about development for a few minutes. Grad is genial and open. Then, in a moment of the snake approaching its own tail, he mentions that Grantland has savaged the show, but seems to have taken it on the chin.4 He confesses that he wishes he had a cooler story for me about the show’s genesis, but the gist is that everyone at the network was excited by the idea and thought it would work. Then he pauses and says that sometimes when the critics are in town, Crystal and Gad will be answering panel questions and pause to whisper to each other about whether this is an episode of the show or something else.

Earlier that week, I talk to Ben Wexler, the showrunner on The Comedians, as well as a writer and executive producer. Wexler previously worked on Arrested Development and Community, which seems germane: Both take on the project of deconstructing themselves. Wexler, Charles, and Crystal first met in 2012, which Wexler says was fruitful — the more time he’s had to get to know Crystal, the more his character on the show took shape. Over that time, in his words, “you pick up nuggets.”

Like a line in one of the episodes referring to a house in Billy’s hometown of Long Beach, New York, becoming a crack den. Crystal had helped raise about a million dollars to rebuild the city’s boardwalk after Hurricane Sandy. “He didn’t want to be seen on TV making a joke at the expense of his hometown,” Wexler says. “Nobody begrudged him that.”

It seemed like a somber note to end on, so we keep talking for another minute or two. Wexler mentions a moment in an episode of The Comedians when Crystal and Gad are on their way to an awards show. “Billy makes this offhand joke about having 26 tuxes,” Wexler says — a riff on Crystal’s long history with the Oscars, charity appearances, and the like. I don’t know if Wexler is trying to tell me that Billy Crystal actually owns 26 tuxes; if it’s a facet of the truth or just another tiny lie told in service of something funnier. “Well,” he says, “you know, I don’t know if the actual number is 26, but — you know.”