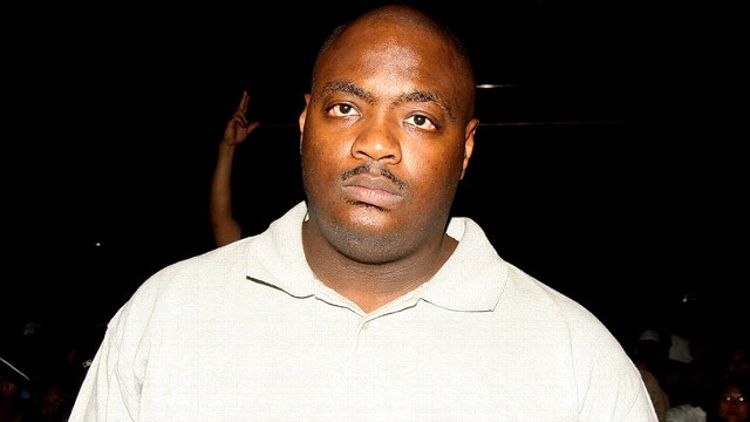 You hate to hear the story, again and again.

I don’t care what most people do in their private lives and, insofar as you can feel a way about someone whose only relationship to your immediate life was (1) as a name on an album sleeve, and then (2) a strong reason to eat lunch at your desk, it was difficult to listen to Mister Cee’s last show on New York’s hip-hop radio station Hot 97 yesterday and not feel sad. After 20 years at the station, he was leaving amid ongoing speculation about the kinds of people he enjoys spending time with, namely other men. Earlier this week a video surfaced that supposedly featured Cee driving around with a cross-dressing blogger, negotiating a price for sex. Since 2011, he has been arrested twice for soliciting prostitutes, both of whom were men. Throughout it all, Cee has maintained that his problem is his boundless zeal for prostitutes, and that he is not gay.

I couldn’t quite figure out why I felt sad, beyond the end-of-an-era-ness of it all, though that had more to do with me (passing thoughts of own mortality, etc.) than with him. Whenever Cee’s voice quivered and I thought I could force something more insightful into his words, some weird, possibly random subtext would drift from records he played: “Pour Out a Little Liquor,” “… even if what we do is wrong … ” the distance from “Me and My Crazy World” to “My Mind Right,” all these stout, straight tales of conquest. An hour of boasts and toasts from a sad man slowly dissolving into FM hiss. Jay Z’s “Lost One” and Lauryn Hill’s “Lost Ones”: the cry of the wayward, drifting — or kinship with the misunderstood? When you’re a proper DJ you are, as Cee nearly cries at one point, just trying to please anyone who cares to listen. Usually it’s not the entire tri-state area. But there comes a moment deep into your gig when you just don’t care, you just play whatever you want to hear, in whatever sequence pleases you in that moment. Your mix becomes a riddle that nobody will bother to understand.

It was strange to imagine the new level of infamy Cee had achieved because of the headline-ready tawdriness of his affairs. His career had been forged in the shadows, as the other other guy in publicity stills and video shoots, first as a DJ for Big Daddy Kane and then as the one whose cosign lifted the Notorious B.I.G. from Bed-Stuy micro-fame to the pages of The Source and then far beyond what anyone could imagine. Cee joined Hot 97 in 1993, the sound of his voice a reminder of so many New York mythologies. (For those outside the tri-state area, there was always Tape Kingz.)

This is what I thought about as Cee continued his slow unspooling — how does a DJ make sense of a moment that is so grave and funereal? The chipper effervescence of “Get Lucky” shouldering its way in between these brolic anthems. “You gotta remember where I came from … ” he says at one point, tracing a line back through Biggie, Kane, “the late Mr. Magic and Fly Ty.” It begins to sound final, like he’s shouting everyone out one last time because who knows what lies beyond the next gig at Club All-Star? You hang on every word, hoping to fill in the pauses when he assures, “I am safe. I am happy. I am blessed.”

Voices carried along radio waves have a special kind of authority, a power to speak a community into being. It’s a running commentary of life on earth. Time was that Americans turned to Edward R. Murrow or Walter Cronkite in times of crisis, voices that modeled the steadiness that listeners wanted to feel. I’ve had Chuy, Sway and Tech, the Razor and Mr. T, the Big O and Pete the Meat, Star and Buc, Flex, Cee, Francesa. Cee’s tribute mixes were part of how we processed the grief of losing Biggie, Guru, too many others. Cee was always unafraid of his emotions, red-eyed and exasperated on our behalf. He was the conscience but never the scold, ready each year to salute our most cherished ghosts and time-travel to those initial moments of encounter. His shows were New York at its most provincial, and a reason to stay in traffic a while and admire the collected works of Big L.

On this day, that voice contained mysteries. “For the betterment of this station” — this, Cee explained, was why he was leaving. He took great pains to clarify that he wasn’t being fired, though he did repeat his bosses’ names over and over in case you didn’t know who they were. Who knows if this version of events was accurate. One way of thinking about it is that it’s remarkable he lasted this long. “When you’re dealing with corporate America … I don’t want to put this station through more than what they’ve already been through,” he explained, professing his sincere love for Hot 97. This parting was for the best. “Don’t cry for me, New York. Don’t cry for me.”

This, then, was why I felt sad. The need to keep a brave face and say I’m good when shit is all bad. The self-deception and self-blame, and the pressures that produced those responses in the first place. The confessional feel of it all — his mistakes, his transgressions, the sacrifice for the good of the brand. Whether it was the demands of “corporate America” or his own sense of duty, this was Cee assuming total responsibility for a problem that’s not his. It’s ours. When you can’t possibly imagine Cee finding peace with his private self while still working at Hot 97, then it’s our problem. Not because it’s Hot 97 but because we don’t make make it easy for people of Cee’s stature to truly change or work out their contradictions or be themselves. He circled around the stuff that had gotten him in trouble, even though everyone listening was fully aware of the “certain situation.” When he anted up and began talking of “mistakes,” it was hard not to feel like he was still in denial of his true self. But beyond that, I was sad that his loyalty to Hot 97, its parent company, and its rigid sense of propriety was so intense. From afar, it felt like he loved them more than he loved himself.

(Cee returned to Hot 97 this morning for a gripping discussion of his personal life with the station’s program director and his friend Ebro Darden, and then again at noon, his usual time slot. His future at the station is unclear, though Darden said he was welcome to stay.)

“I will say one thing,” he declared during yesterday’s show, in a rare moment when it sounded like he was standing up straight. “I admitted to some mistakes and some things that I get into that’s my thing.” Was this happening? Was he actually going to talk about “his thing” and how it was different from the average listener’s expectations? Was this the moment he pointed out that it’s not a mistake if that’s actually your thing? Haven’t we as a society moved beyond this thing? Wrong thing, though: “Tricking is my thing. I trick. That’s my thing. But when people try to make it more than what it is … ” he continued, without explaining what “it” was in the first place. There was no conversation about desire or dignity, but maybe that’s asking too much of the situation. It was sad, though, that he chose to fight on that lie — that he didn’t extend the courtesy of respect (“I did it for Brooklyn. I did it for y’all. I did it for y’all. I’ve done it for you, for whatever you represent. It was for you … “) to himself.

“You don’t get to do that these days on radio,” he sighed near the end. “Sign off, say good-bye, say see you later.” His 20-year tenure playing records on Hot 97 closed with the gas stove flicker of “Shook Ones, Pt. II.” His demons are private again.

“I’m so glad we had this time together,” he sang softly in those last few minutes. It’s the song Carol Burnett used to perform at the end of her variety show in the 1970s. It was a tender, small moment. A singsong to keep the voice steady, above a sob. I imagined young Calvin LeBrun, splayed in front of the TV, watching The Carol Burnett Show, wondering if he, too, might one day say things that made total strangers laugh or cry or feel chills down their spine or just wish that things would change faster.