Lil Za and Biebs Confidential: The Eggs, the ‘Coke,’ and the Raid 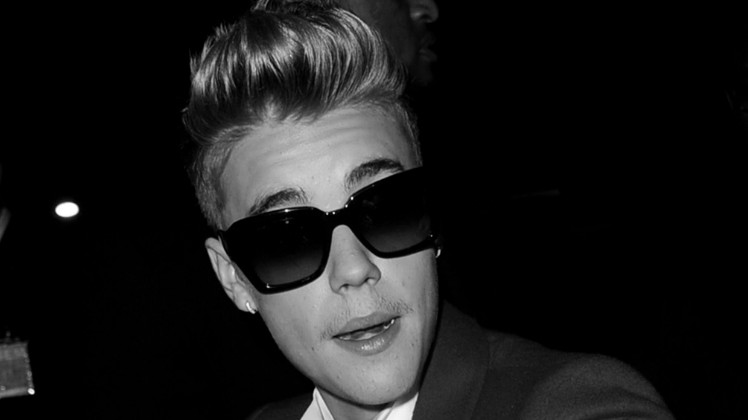 On the evening of January 9, at the exclusive gated community known as The Oaks, the peaceful Calabasas night was shattered by the sounds of screaming and of at least 20 eggs striking stucco, metal, and stone. Witness testimony and shaky cell phone video immediately implicated international pop star Justin Bieber in the violent assault. The target of Bieber’s ire: his next-door neighbor. The eggs struck with enough destructive, yolky force to cause a reported $20,000 in damage to the apparently delicate exterior of the neighbor’s Southern California mansion. Days later, the Los Angeles County Sheriff’s Department responded with a felony search warrant and a show of force proportional to the shocking crime, sending 11 patrol cars to raid the singer’s home, a ratio of just more than one car for every two eggs. The message couldn’t be clearer: This will not stand, not here, not in Calabasas, not at The Oaks.

“I get that it was done with eggs, so you think it’s a lower level crime,” said Sheriff’s Department spokesman Steve Whitmore. “But, a felony crime is a felony crime.” Amen.

At this time, it’s unknown whether the investigation and search have uncovered eggs in the Bieber home. Standard procedure for a case like this tells us that, after ramming down the front door, sheriff’s deputies would head right to the fridge. Most modern kitchen fridges have a shelf designed specifically for eggs, located right at the top of the inside of the door, and the presence of eggs there would not escape the notice of trained investigators. After the fridge, deputies might check the trash for empty egg cartons, which would suggest that eggs had, at some point, been in the residence. Reports indicate that Bieber’s home security system has been disassembled and taken from the residence, the hard drive to be scrubbed by a forensics team for images of the crime in progress. If need be, the shattered shells recovered from the neighbor’s home could be bagged, tagged, and dusted for prints.

A case of this magnitude requires an inquiry of equal scope, and that means law enforcement has to take off the blinders and … hey, that looks like cocaine.

In the course of executing their search for eggs and egg-related materials, deputies came across a suspicious white powder that was, according to the sheriff’s department, “in plain view.” Lab tests haven’t yet been completed — probably because the equipment is currently calibrated for eggs — but the powder is thought to be molly. The alleged owner of the drug, though, is a surprise: Xavier Smith, a.k.a. Lil Za.

Lil Za is a rapper and close friend of Justin Bieber’s who has been living at the Bieber manse off and on for several months. Back in September, Lil Za — along with Young Money artist and fellow Bieber compatriot, Lil Twist — were exiled from Bieber’s house over the question of some missing jewelry. Za and Twist reconciled with Bieber and have been inextricably linked with Bieber’s current efforts to shed his former anodyne image, efforts that have including speeding, assault, urinating in random buckets, weed, and the slandering of former presidents, but, up until now, nothing as serious as egging.

Still, questions remain. Does the unidentified powder belong to Lil Za, or is the convenient appearance of a container of white powdery looking drug-stuffs just a ruse to throw the sheriff’s department off the scent of the real crime and criminal, namely the depraved individual who threw the eggs? One imagines that the basic response to the appearance of 11 patrol cars’ worth of sheriff’s deputies knocking on one’s door would be to, you know, hide the drugs. Additionally, that anything with a significant dollar amount attached to it inside the Bieber mansion would belong to anyone other than Justin Bieber seems not to be credible. Ordering a fringe rapper — desperate to remain in Bieber’s good graces — to take the fall is not outside the realm of possibility considering the power Bieber wields. This is a man who was carried up the steps of the Great Wall of China on the shoulders of his bodyguards, after all. No, I’ll bet anything that Lil Za is a patsy, a sop to the sheriff’s department, the classic fall guy. Meanwhile, a madman walks free in Calabasas.