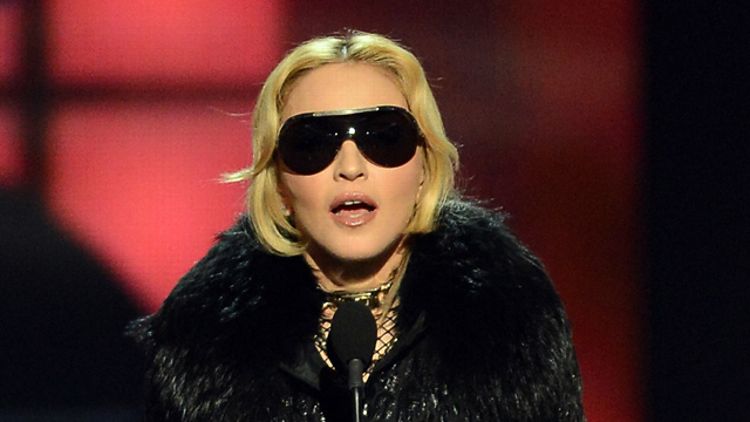 Reports have surfaced that Madonna and long-term boy toy Brahim Zaibat have split after three years because of their conflicting schedules, while he chases his personal rainbow on the French version of Dancing With the Stars. We think now is as good a time as any to pick out a new boyfriend for her Madgesty. Who should Madonna date next? Let’s count down the top five contenders.

Why It Might Work: He’s young and cut from marble. He has already gone through the gauntlet of Miley’s Bangerz transformation, so Madonna’s constant reinventions might not faze him. He’s not afraid of women with single-name status and the power that goes along with it. He also seems kind of … simple. Did I mention he’s way hot?

Why It Might Not: He’s more likely to either hook up with Jennifer Lawrence, spend a few years taking advantage of his sudden Hollywood status to run through a few lineups of Victoria’s Secret angels, or reunite with Miley. Also, Miley would probably boil Madonna’s fingerless gloves if she ever catches wind of this scenario.

Why It Might Work: He likes older women and blondes. She likes younger men and Brits. They both like sex a lot. It can’t possibly get more embarrassing for Swift than Kendall Jenner, whom Styles is supposedly now dating.

Why It Might Not: He can’t dance, a total deal-breaker in Madonna’s world.

Why It Might Work: So much in common! They share a love of strippers, leather, and taking pictures of themselves. They don’t mind being called bitches when they’re just being assertive females. They have a billion hit singles between them.

Why It Might Not: Two tough alphas might clash more than they commiserate. Plus, who gets first dibs on the boxes of free clothes from houses of haute couture?

Why It Might Work: He’s obsessed with being seen as a cultural provocateur. She’s been a cultural provocateur for decades. His recent habit of posting outré selfies on his Instagram feed could inspire Madonna to do him like she did Vanilla Ice for a sequel to her Sex book. They could build a valuable collection of iced-out grills, and take turns wearing them out.

Why It Might Not: She would probably tell him he needs to shut up and just look pretty after a few rounds of listening to his poetry. He would not like that.

Why It Might Work: Madonna just visited Penn with her son Rocco Ritchie in Haiti, where Penn donates time and money to impoverished areas and local hospitals. The trip prompted rumors that Madge and Brahim were on the rocks, which one last-ditch trip to Kabbalah later, may have proven to be true. Madonna has consistently called ex-husband Penn the love of her life, dating back to her Truth or Dare movie. Maybe they’ve both settled down since their volatile younger years when they were married? Maybe their chemistry has only deepened with age?

Why It Might Not: While they were married he also allegedly beat her with a baseball bat during a drinking binge. He’s been accused of constantly verbally abusing and cheating on ex-wife Robin Wright, who has since settled down happily with Ben Foster. Penn has shaded both Wright and Madonna by claiming he’s never been loved. And since his divorce from Wright, Penn has been seen with scores of younger models and Scarlett Johansson. He and Madonna might both not actually want to be matched with an equal when they can have much more control over a younger, more naive partner whose aging will not remind them of their own. And I sort of seriously doubt Penn is any less volatile. All that said, the heart wants what it wants, and Madonna seems like she still wants Sean Penn. Good luck, kids!