The Week in Gossip: Jay and Bey’s Move to L.A., Kanye and Kim’s Double Date, and Johnny and Amber’s Secret Wedding 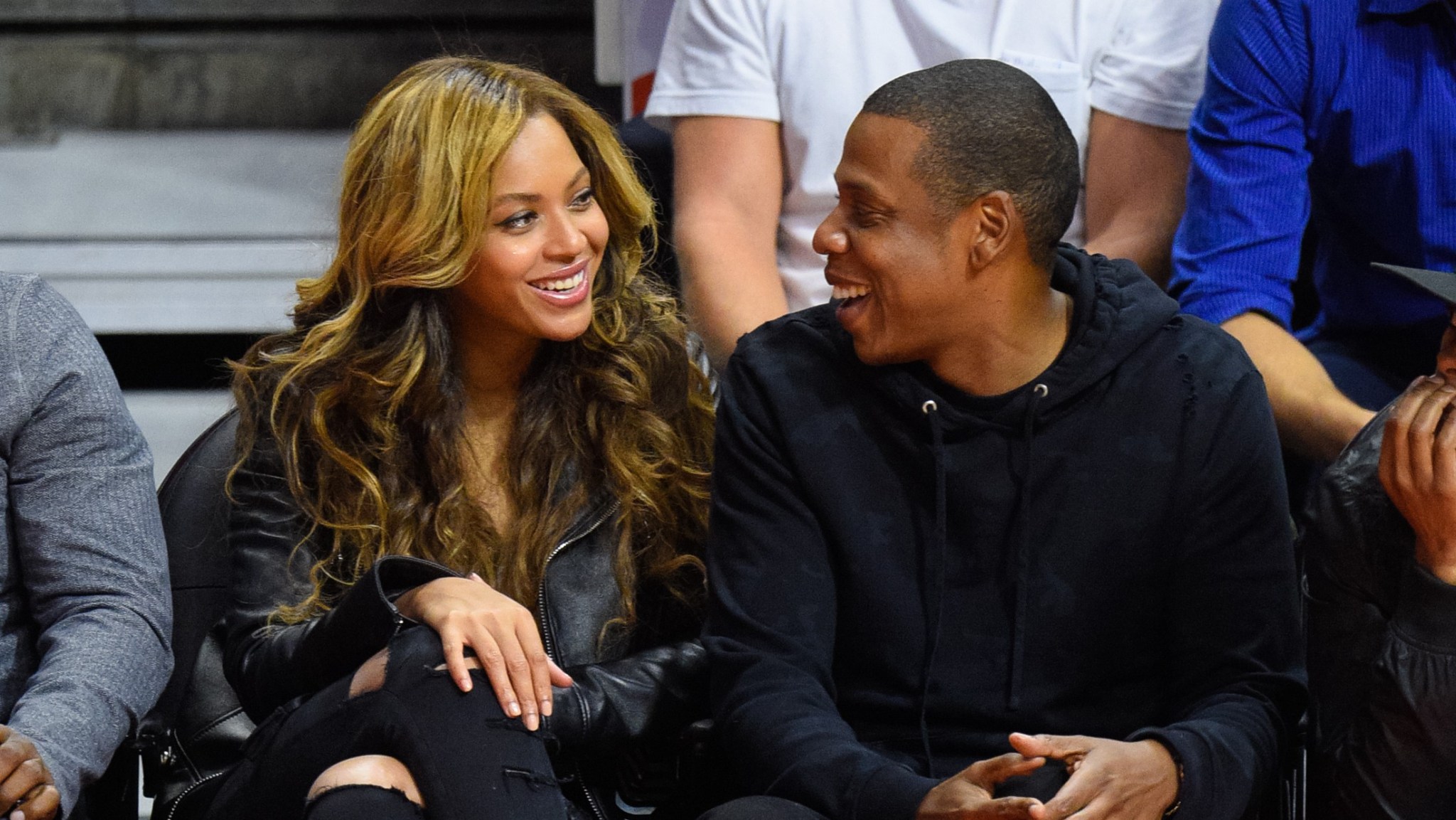 Relocation of the Week: Jay Z and Beyoncé Light Out for the Territories

The most powerful couple of them all is making a move: Jay Z and Beyoncé are moving to Los Angeles. According to TMZ, they’re seeking a lifestyle change, which probably just means they’re tired of ruining shoes in the slush. TMZ also reports they’ve already enrolled Blue Ivy in school, but in a display of restraint (or out of fear of a lawsuit), TMZ declined to name the institution. The most important question is not where will they live, but what does this mean for “Empire State of Mind”? Will Jay Z write some kind of follow-up about why he abandoned his hometown? I guess the streets no longer made him feel brand-new.

Sean Lennon apparently never read Robert Frost’s “Mending Wall,” because he has no idea that “good fences make good neighbors.” If you ask Marisa Tomei’s parents, he is the worst kind of neighbor. According to Page Six, Gary and Addie Tomei are suing Lennon for $10 million because of a tree. The famous relatives are neighbors on 13th Street in New York’s West Village. Lennon has a 60-foot-tall ailanthus tree — an invasive species native to China, in case you were wondering — growing on his property. The Tomeis claim it has “cracked [their] stoop, broken their iron railings, compromised the basement wall and even crept into their basement floor.” Yes, that sucks, but is it really $10 million worth of damage? West 13th Street is a prime New York location, but it still seems high. That amount is more than the $9.5 million Lennon paid for his brownstone in 2008.

Every celebrity who did not decamp for the Super Bowl attended One Direction hearthrob Harry Styles’s 21st birthday party. “Every celebrity” includes, according to the Mirror, Jennifer Lawrence, Chris Martin, Adele, Cara Delevingne, Kendall and Kylie Jenner, Rita Ora, Andy Samuels, Alexa Chung, David Beckham, and James Corden. I guess Brits come out for fellow nationals. The party had several cakes with Harry’s face at various ages emblazoned upon them, including this one:

https://instagram.com/p/ylS7Z0xsyP/?modal=true
I think it’s safe to assume that young Harry Styles was vaguely inspired by “My Way” Usher.

All official accounts of Styles’s birthday make the event seem like a drama-free affair. However, this Blind Gossip rumor implies there may have been some discord lurking beneath the surface: “She was fine talking to the models herself, but if any of them got near our girl’s boyfriend, our girl would casually swoop in and appear right by his side.” Could this be about Lawrence protecting her new relationship? I’m just asking.

Double Date of the Week: John and Chrissy and Kanye and Kim

Meanwhile, in Arizona, power couple Kim Kardashian and Kanye West were accompanied by slightly-less-powerful couple John Legend and Chrissy Teigen to a Waffle House. The entire world knows about it because Teigen posted this Instagram. Pics or it didn’t happen, right?

This foursome went to Waffle House following Kanye’s performance at the DirecTV Super Bowl party with Rihanna. On first glance, it’s an undeniably appealing photo. Stars, they’re just like us! After all, who doesn’t like to cap off a great night with some breakfast food? But let’s think about this a bit more critically. Of this foursome, who Googled the nearest Waffle House location? Assuming Kanye or John did, who was the fifth person in the crew that was available to take this photo? It’s certainly possible that Kim and Chrissy always travel with a photographer on hand because of moments like these, but it turns out that Kim took a snap at the same moment. The most suspicious aspect is that while both photos have distracting reflections in the glass windows, a shadow or silhouette of a photographer(s) isn’t visible. Was he edited out to make it look more authentic?

Sure, it’s possible these four just decided to wander into Waffle House, but it’s more likely they were paid. The Super Bowl offers more marketing opportunities than I knew were possible. What’s a stop at a national breakfast chain amid a weekend of corporate responsibilities?

Surprise Wedding of the Week: Amber Heard and Johnny Depp 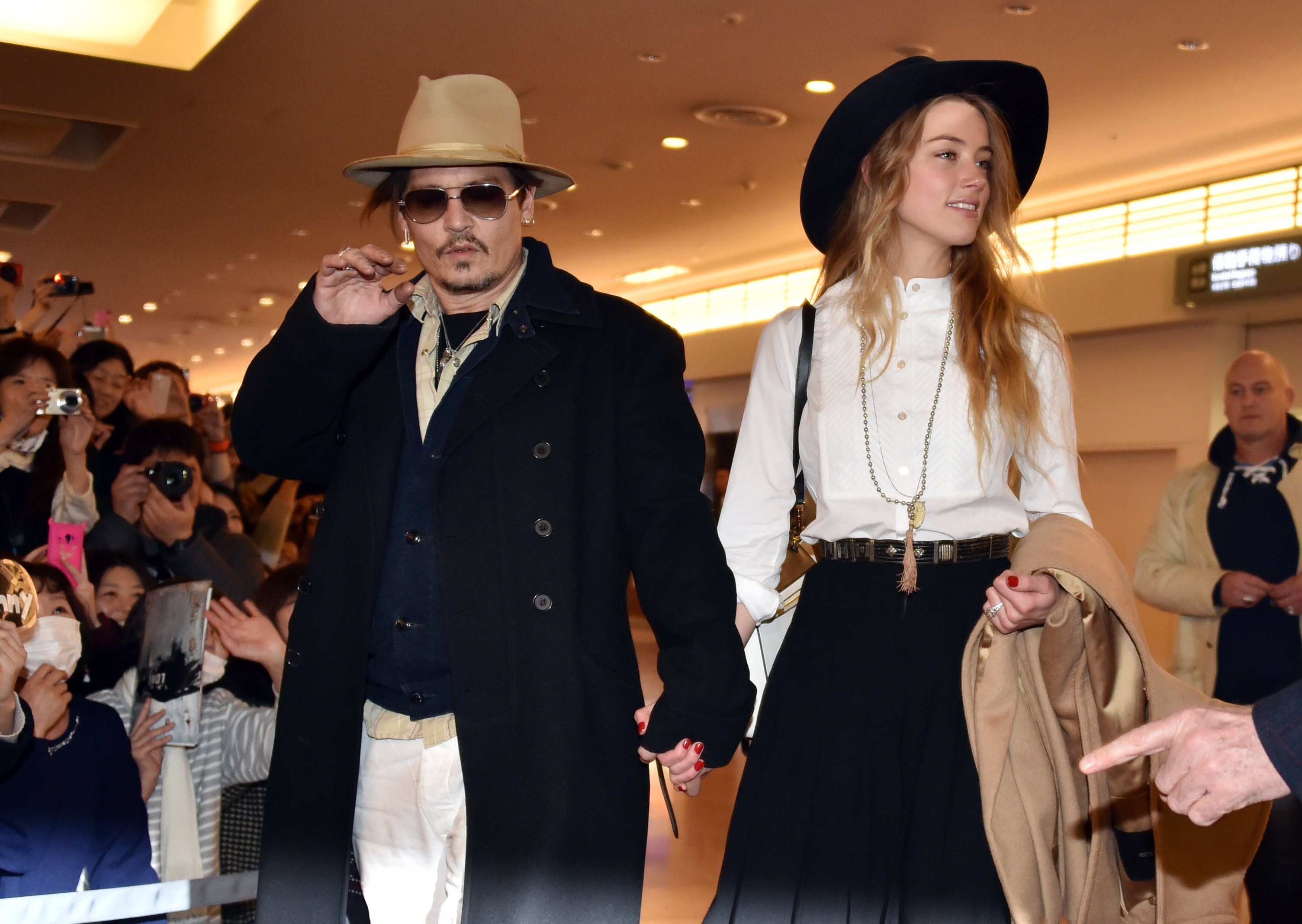 Amber Heard and Johnny Depp made it official. They got married at their L.A. house Tuesday, though a big wedding reception is planned for this weekend. Depp apparently owns an island in the Bahamas, which is where the celebration will go down. Sounds lovely!

Does anyone care about Paris Hilton and her siblings anymore? So many regulars of this column owe her a debt for inventing the “reality TV celebrity” and “famous for no discernible reason” type of fame. And yet, she only makes her way into this space as a result of her brother’s odious rant aboard an airplane. Conrad Hilton was arrested in L.A. this week after threatening flight attendants on his London-to–Los Angeles trip. According to his lawyer, he took a sleeping pill before the flight, which is what caused him to do things like “ferociously [punch] the bulkhead of the plane … 10 centimeters from a flight attendant’s face.” He went to rehab after the incident. It remains unresolved, though he posted $100,000 bail and had to surrender his passport.