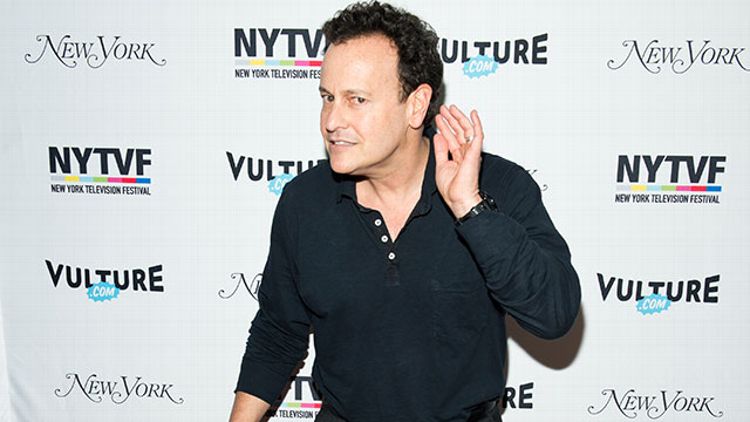 Whether or not you liked Arrested Development’s fourth season, the execution occupied a gray area somewhere between television, short-story collection, and big long movie. So it’s not with total surprise that we find Mitch Hurwitz, Arrested’s creator and superbrain, signing on with Fox 2000 to direct his first feature. Guinea Pigging will be written by Thomas Lennon and Robert Ben Garant, cocreators of Reno 911! and The State and writers behind the Night at the Museum series; it’ll detail a “community of semiprofessionals who spend their lives as test subjects for drug companies, hospitals and universities.” The concept is based on Carl Elliott’s 5,000-word New Yorker piece from 2008. The Hollywood Reporter says the spin will be “a sophisticated comedy” that’ll deal with the “unusual side effects” of all that piggin’. (THR also remarks that Hurwitz signed for “a hefty seven-figure deal,” which, congrats, sir!)

While we’re congratulating Hurwitz for expanding to film after more than two decades in the TV world, we of course have to bring it back to Arrested. Will Hurwitz cast one of his show’s stars? Portia de Rossi, Will Arnett, Tony Hale — basically any of the freeloading, growth-stunted Bluths could work in one of the lead roles based on what we’ve heard here. Or maybe we throw to an Arrested cameo artist, a Judy Greer, a John Slattery? OR, probably more likely, Hurwitz does what Mad Men’s Matt Weiner did for his first film, You Are Here: cast a bunch of familiar faces (Weiner went with Owen Wilson, Amy Poehler, Zach Galifianakis, and Jenna Fischer) and trick people into forgetting where they knew you from in the first place. We’ll see. All that’s certain is that this’ll make great practice for the Arrested Development movie.

Afternoon Links: Whatever Happened to the Great Romances of Love Actually?