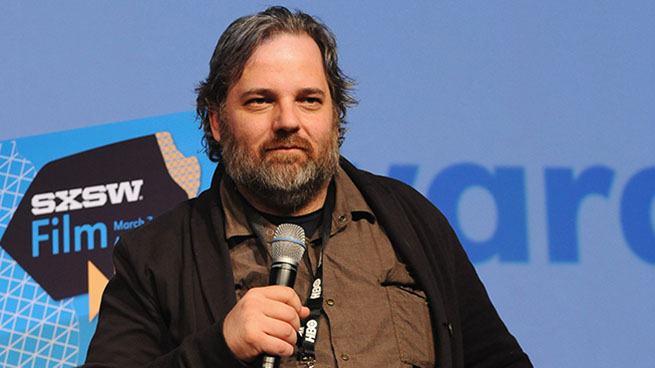 Did you catch Arrested Development creator Mitch Hurwitz on Community last week and go into a comedy nerd coma? Please come better prepared next time, because there will be a next time. Harmon, who cast Hurwitz to get “what I really want from him, which is friendship, hanging out, talking about how dumb people are when they tell you what to do,” is putting together a hush-hush new project with the man who gave us Gob Bluth. “It would embrace the emerging mediascape, and use us both in a way that we weren’t compromising each other, but are still collaborating, and giving the audience a lot to digest,” Harmon tells Rolling Stone. Huh? “That’s all I’ll say.”

If there’s something you can get amped up about this close to True Detective’s seismic wake, it’s a new Game of Thrones trailer.

Elisabeth Moss keeps it super-real in her New York magazine cover story. “Nobody, unless you’re an asshole, should sit around thinking, I want to be more famous and win more awards. That’s a horrible person.”

The Frank Ocean/Diplo/Clash song is (1) a whole lot of good and (2) available as a free download.

Gabourey Sidibe will have a recurring role on Precious director Lee Daniels’s Empire, a hip-hop series coming to Fox. (It’s the one that just signed Timbaland to do the music.) Terrence Howard and Taraji P. Henson are set to star.

Gawker is looking to have Quentin Tarantino’s Hateful Eight script-leak lawsuit thrown out.

A headline I quite enjoy: “Does a Cereal Tie-In to Amazing Spider-Man 2 Spoil the Plot?”

Speaking of which: Paul Giamatti’s Rhino is only in that cereal-spoiled movie for four minutes. Bummer.

And now there’s a Jay Z/Daft Punk collaboration conspiracy, complete with song. A couple leads that “Computerized” might be something from a secret, old vault: BlackBerry references, “iTouch” references. The thing Jay does toward the end is really unusual, though.