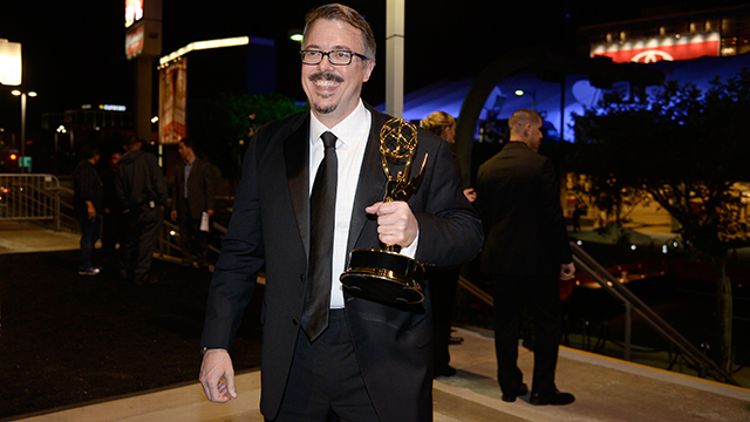 Just get it out of the way and admit that Breaking Bad hasn’t given you a single second to breathe, much less to consider showrunner Vince Gilligan’s next move after the show concludes this Sunday. A long vacation probably would’ve been nice for the guy — anywhere but New Hampshire — but he’s actually heading straight to CBS to resurrect an 11-year-old script called Battle Creek. “The project, which was first developed at CBS in 2002, centers on two detectives with very different world views,” writes THR. “Together, they must answer the question: Are cynicism, guile and deception enough to clean up the semi-mean streets of Battle Creek, Michigan, in the face of a complete lack of resources, or is the exact opposite true — it takes naïveté, trust and a boatload of resources?” Semi. Mean. Streets.

Battle Creek has a series production order and should appear next fall; sources tell both THR and Deadline that CBS has already given a 13-episode commitment. While an AMC legend moving to network TV is cause for alarm (yes, we’re looking at you, Hank/Big Jim — directly at you), Gilligan doesn’t seem like the type of person to jump from a majestic, meticulously assembled yacht into a leaky rowboat built with cliches for oars and terrible dialogue for seats and crappy acting for life vests. Plus, he’ll have House M.D. creator David Shore by his side; Shore’s the showrunner, while both Shore and Gilligan will write and executive produce. Mark Johnson, an executive producer on Breaking Bad, will assume the same role on Battle Creek. Gilligan may do some directing, if we’re lucky and he’s generous. It all seems fairly promising, even if Shore’s not going to update the pilot script Gilligan penned more than a decade ago. The man’s crowning achievement just won a long-delayed Emmy; who’s to say he wasn’t writing underappreciated gems as far back as 2002?

Afternoon Links: If Bill Hader and Michael Cera Did Behind the Music