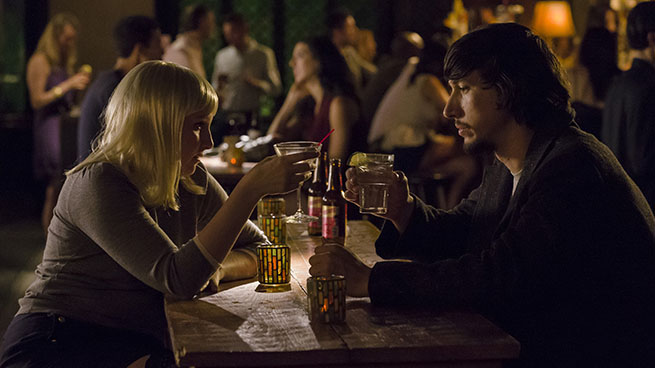 Weird episode. But, per usual, by the end I was into it. Before going into the specifics and then taking a left turn to hopefully talk about Bob’s Burgers, give me five adjectives that sum up your feelings about Girls at this point in the season, with only two episodes remaining. And a verb. And a preposition.

This episode is probably what Girls is in its best form though, right? Weird sex stuff, a polite nod to the lives of the non-Hannah girls, some bad “druggy” acting, and a really good Adam scene? What more could a Girls girl ask for?

I feel like I’m shouting into a bottomless chasm every time I complain that this show retcons virtually every major plot development (Adam’s been sexually negligent of Hannah? Since when? Oh, since the beginning of this episode?), so I’ll keep it to this one sentence.

Did you watch Lena’s SNL episode? I think the hedge fund manager’s wife was the only actual “character” she did in her two TV appearances this weekend. It was interesting watching her portray something other than “upspeaking millennial,” even if it was in the context of a goofy role-play character. It made me realize how little acting is actually involved in her portrayal of Hannah, which isn’t shady or meant to be another “Lena is Hannah” argument — it’s just a fact.

Browne: Keeping on with Adam, I initially went back and forth as to how I liked the switched from “interesting Adam” to “career-driven Adam.” Even though there was a multi-episode buildup to this moment, the ultimate transformation happened almost instantly. The scene where he’s reading the book could have been so bad, his sudden shift into his “not now, I’m busy” self. But he pulled it off. He’s pulling everything off this season. Except his pants that one time, because he put them on, because Hannah wouldn’t call him the football player and instead went with ‘school weirdo’ or something like that, sorry, I was distracted by the strawberries, amirite?

Regarding SNL, no, I didn’t see it because it’s not on HBO Go. But I understand what you’re getting at, and I’m sure you’re spot-on.

I’ve been thinking about Lena throwing up a lot today. That image of Gerber baby food slowly leaving her mouth and plopping on the floor won’t get out of my head. Got any ideas?

What I’m most interested in now is the impending Adam/Ray roommate situation. Just a couple of wild stags out roaming in B-town. (You guys call it B-town sometimes, right?) If we’re going to have a semi-out-of-nowhere upheaval of living situations, at least we should get a good montage or three out of it. There hasn’t been enough Ray this season, either. Once he got serious about being a grown-up with a career, the show lost interest in him. I hope the same thing doesn’t happen to Adam. Wild stags!

What else? Do we want Marnie to get with the motorcyclist-songwriter-actor (talk about your hyphenates!)? Is that her best life, or just the life she deserves? Are those the same thing? Should Marnie quit with the beanies? I kind of can’t deal with BeanieMarnie.

Browne: First off, thinking about Girls and the idea of a montage or three immediately brought this to my mind.

Imagine Adam and the four girls in this scene. Adam playing the piano, with cornrows and his new jacket, and a very purposeful collar. Marnie is the first to sing aloud, Shoshanna and Jessa do ballet with their guns toted, Hannah’s naked. I can’t believe this hasn’t been done yet. Did I just give away my best idea? I think I did.

That digression aside, I like BeanieMarnie. But I like to call her MEANIE because that’s just much more fun. I’m into MEANIE right now. MEANIE’s definitely going to get with this dude, and he’s definitely going to steal her lyric book and become famous, and MEANIE’s going to be left with nothing but her new assistantship under Soojin. Poor MEANIE. Poor, unfortunate MEANIE.

And just to conclude my thoughts, I don’t care about Jessa in the slightest. And Shoshanna is my jam. She’s speaking her mind, with reckless abandon. She’s like a living, breathing Nicki Minaj verse.

Yoshida: I think Shoshanna is sharing a hairstylist with all of the Orphan Blacks. Remember when Zosia Mamet was a fun-loving butch photo editor on Mad Men? Oh right, probably not, that’s not on HBO Go either. 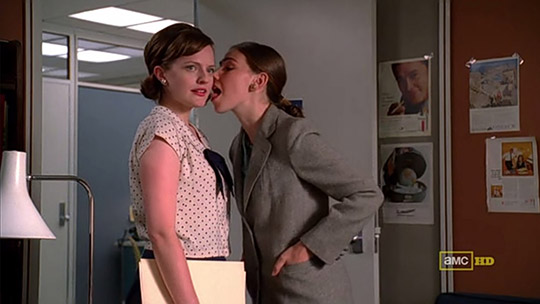