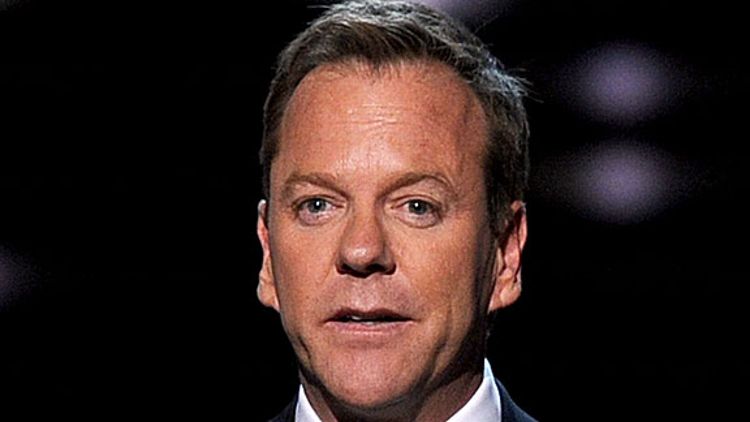 Kiefer Sutherland will make a dramatic return to television with Touch, which was just given a 13-episode order from Fox. Created by Heroes’ Tim Kring, it stars Sutherland as the father of a mute 11 year old who communicates through numbers. Along with his social worker pal Gugu Mbatha-Raw and gifted-children expert Danny Glover, Kiefer attempts to figure out the meaning of his son’s coded messages. Presumably, those messages are more insightful than your standard 11-year old’s “I want Burger King”? Grade: B+ [HR]

Alex Proyas’s adaptation of Milton’s Paradise Lost is adding a few names: Casey Affleck, who’ll star as Gabriel, the six-winged angel who teams up with the angel Michael (Ben Walker) to fight Lucifer (Bradley Cooper); and Camilla Belle, who’ll star as Eve, of Adam and Eve fame. Hopefully this movie is a massive success, if only to see easily swayed Hollywood execs attempt other poetry adaptations. Grade: B+ [HR, Deadline]

Richard Jenkins has joined One Shot, the Tom Cruise thriller about an ex-Army cop investigating a sniper attack, as a district attorney pursuing the sniper. The movie hasn’t started shooting yet, but critics already agree that all of Jenkins scenes are the best. Grade: A [HR]

Doug Ellin has filled out the primary cast of 40, his Entourage follow-up for HBO, a single-camera comedy about four guys dealing with life at the title age. Teaming up with Ed Burns (as an unemployed financial something or other) and Michael Rapaport (as a “neurotic everyman”) will be Michael Imperioli (a single guy who is a shameless self-promoter) and Adrian Pasdar (a Wall Street millionaire). Considering the creator and the subject matter, feel free to refer to this in your head as Douchebags of a Certain Age. Grade: B- [Deadline]

Tyler Perry is adapting his 2008 play The Marriage Counselor for the screen. The plot revolves around an accountant and his marriage-counselor wife who — wait for it — can’t address the issues in her own relationship. God damn you, Tyler Perry, you did it again! Grade: C [Showblitz]

Will & Grace creators David Kohan and Max Mutchnick have landed a CBS comedy about two best friends — one gay, one straight — that somewhat mirrors their own relationship. Apparently, they’ve tried this exact same concept out twice before, in 2007 at CBS with Jay Mohr and Brian Austin Green, and in 2008 at ABC with Alan Tudyk, Josh Cooke and Ty Burrell. Adorable or obsessively creepy? You decide! Grade: B- [Deadline]

Filed Under: Doug Ellin, Grading the Trades, How I Met Your Mother, Katie Holmes, One Shot, Richard Jenkins, Tyler Perry