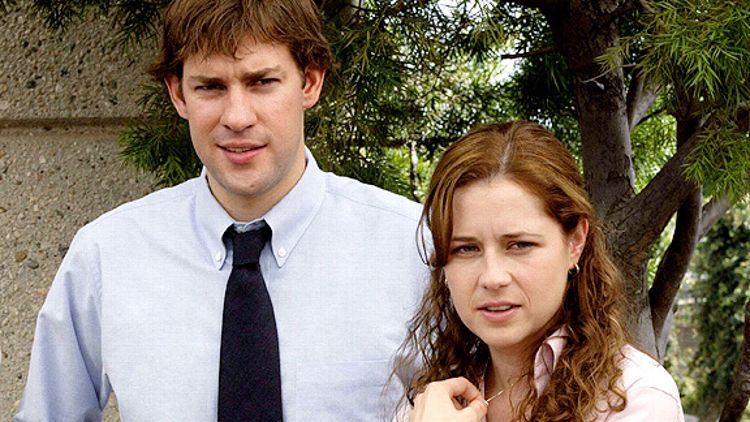 Tonight, The Office returns for its eighth season — and first without Steve Carell. To make sure it stays appointment television, here are a few suggested plotlines for the show’s other characters.

Jim and Pam
It’s a time-honored television problem: build up romantic tension over several seasons by teasing the audience with almost-kisses, other love interests, and comical misunderstandings to keep the would-be soulmates apart. But then something weird happens: When they finally do get together, all the dramatic excitement fizzes out. The U.K. version of The Office solved this problem, as UK series tend to smartly do, by ending the series just as its Jim and Pam (Tim and Dawn) got together.

The worst part? Somewhere after the consummation but before the baby arrived Jim and Pam morphed into total assholes. The shared jokes and mockery of coworkers that seemed cute as it drew them together now feels mean-spirited, like two bullies teaming up against those they believe they are smarter and better than. Jim and Pam are now just a couple of insecure jerks bonded together by spite, a mortgage, and the increasing sense that they might not actually be superior to the people they spend their days making fun of for being pathetic.

Once Jim Halpert and Pam Beasley’s relationship actually started, we were tortured with its banality: Pam’s abandonment of her art school dreams, Jim’s purchase of his parents’ shitty little house in Scranton. Slowly realizing that locked in by their growing responsibilities, Jim and Pam are both going to work at Dunder-Mifflin until they die. But what if there was another way? The Office has always mined the comedy in uncomfortable situations, and what is more uncomfortable to observe than two people who have fallen out of love tolerating one another for public show? There could be some difficult laughs there, plus the novelty of a TV divorce.

At the very least it would open up lots of plot possibilities: Jim and Pam moving on romantically (what about Pam’s thwarted New York art school romance with Harry Crane from Mad Men?), toying with getting back together, making terrible rebound decisions that impact coworkers (Jim gets so drunk he has sex with Kelly? Erin? Both and it causes a serious rift in their pop group, Subtle Sexuality?) The Office has always balanced out its humor and absurdity with insight into the bleakest depths of human nature (remember “Scott’s Tots”?). If anyone could pull it off, they could.

Phyllis
The Office needs to go deeper into Phyllis Lapin Vance’s home life. What is it like living with Bob Vance, of Vance Refrigeration? Did he really cheat on her with his secretary, as suggested in “Cafe Disco”? Or are they actually just swingers, as alluded to in “Happy Hour”? And is running the party-planning committee as glamorous as it seems?

Toby
Now that Michael is gone Toby Flenderson will have to develop new coworker rivalries (perhaps with Andy or Kevin?) to keep the crushing tedium of working at Dunder-Mifflin at bay. Maybe Toby could come into his own a little bit more.