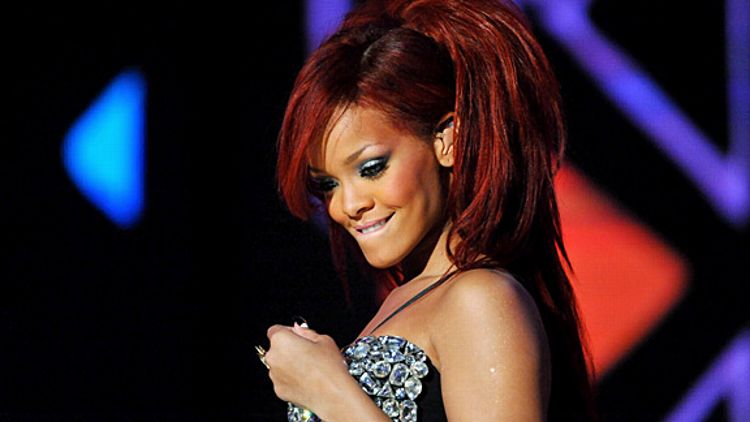 There are two notable things about Rihanna’s new single, “We Found Love.” First: this is not the umpteenth single off Loud, her current blockbuster album. (That’d be “Cheers (Drink to That),” which was released just last month along with a thrown-together tour-footage-montage video that is practically mandatory practice for the last single in an album cycle). Brace yourself: “Love” is actually the first single off Rihanna’s next album, scheduled for a November release. That is a remarkably quick turnaround! That’s the kind of grueling schedule that would wipe out us mere mortals, so we salute you, Rihanna. Oh, and the second notable thing: “We Found Love,” produced by indie disco king Calvin Harris, is a straight-up techno-as-all-hell Euro-pop song. Rihanna coos and purrs (“We found love in a hopeless place,”etc.) effectively, but her vocals are a complete afterthought. The spotlight is on the bleeps and bloops, the beat buildup and breakdowns, those dramatic whoosh noises. People who regularly attend the Electric Zoo festival: Rihanna wants your money!