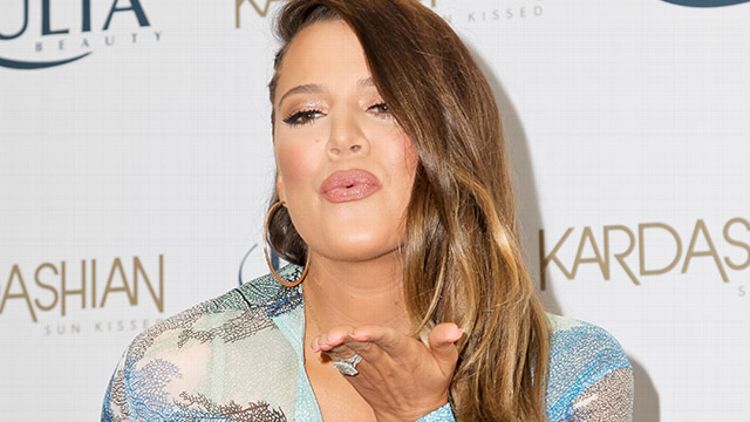 Khloe Kardashian & Lamar Odom: “She once picked him up at a downtown L.A. crack den. In June, she busted down a door at the Hollywood Roosevelt Hotel to find him with another woman. Two months later, he assured her he was sober — and then promptly got a DUI.” Then she found Lamar’s drug paraphernalia in her room. “She said, ‘That’s it.’ She didn’t feel comfortable in a place where Lamar had abused drugs.” Khloe is no longer speaking to Lamar. “There’s no hope for reconciliation. She feels like she never knew the real Lamar.” Really? “This is her Lammy, the love of her life. But he lied to her. There are only so many things you can do for love.”

Liam Hemsworth & January Jones & Miley Cyrus: Liam may have gone back to the woman he cheated on Miley with. Hemsworth “fired off a graphic, sexual text message that read in part ‘I want to [expletive] you.’ The recipient: Mad Men’s January Jones, the single mom he made out with in February at an L.A. house party.” WHAT EXPLETIVE THOUGH? Miley is still wearing Liam’s engagement ring, “but it’s over.” Miley knows the relationship is over, but “doesn’t want to believe there could be anyone else.” Especially Betty Draper.

Alison Pill on Her Topless Selfie: “It’s a fascinating story involving not knowing that my new BlackBerry had a touch screen and responding to somebody on Twitter.” That is such a Newsroom plotline!

Gisele’s Suburban Book Club: “Gisele Bundchen found a novel way to make friends in the Boston burbs, home for her and husband Tom Brady of the New England Patriots.” She joined a book club. “She meets with moms from her kid’s school. They sip wine and talk while the children play.”

Blake Lively: “Work is important, but my greatest passion is my personal life.” OK.

Misc/Etc: “Real-Life Bondage Partners” “Make room on the tour bus!” “They weren’t trying — it just happened.” “They wake up and start punching each other!” “Close, But No Handcuffs” “I’m reading a book on the economy” “I bring my own Spanx and panties” “some jive concert” “My pigtail game was really legit” “Justin Bieber ordered his first-ever Fatburger” “He’ll have a harem of princesses!” “he wraps his legs around me like an orangutan!” “He’s heaven on toast!” “She wanted a real man” “(Racial jokes will do that)” “I’m on horseback in every scene!”

Miley & Mike Will Made It “Everyone knows they’re hooking up. Mike is very protective of Miley. It’s just understood that she’s off limits.” The two have been posting a lot of pictures of each other on Instagram. “Miley and Mike vibe off each other.” But is it just a rebound? “Miley was left heartbroken and couldn’t forgive Liam [Hemsworth], so getting together with Mike is her way of revenge.”

Kim Kardashian Loves Eating Placenta: “Kim Kardashian has taken her vanity to new levels, eating her own afterbirth in a bid to lose baby weight and stay beautiful! Kim is convinced that the placenta will keep her skin young, her hair thick, and most importantly, help her lose the baby weight!” Just drink some infant blood, Kimmy.

Zach Braff’s Girlfriend Threatens to Dump Him: “Zach Braff just got served. After being given an ultimatum by his girlfriend of four years, model Taylor Bagley, to commit to marriage and children or she will leave, the Scrubs actor is struggling to make the decision. He loves Taylor. But he’s freaked out by long-term committment.” Maybe he should just be alone! “The blonde bombshell, 25, isn’t giving 38-year-old Zach much time to drag his feet. She’s fed up. She feels like she’s waited long enough. It’s a baby and a ring, or she’s gone. First comes love, then comes threats!” I mean, she did waste her youth on dating Zach Braff.

Jessica Simpson Sick of Supporting Ashlee Simpson: “Jessica pays Ashlee’s rent every month, plus expenses for Bronx. She paid all Ashlee’s legal bills when she was divorcing Pete Wentz, gave her a job at her company and picked Ashlee to model her new clothing collection. Meanwhile, Ashlee spends all her time partying and spending Jessica’s money. Jess reminds her that she’s be waitressing at Denny’s if it weren’t for her.” TIME FOR A NEW ASHLEE SIMPSON ALBUM?

Is Robin Thicke Worried His Son Will Be Embarrassed by Him? “We’re not teachers and lawyers. Mommy has shown her naked body for roles and Daddy has been around naked bodies, it’s just what we do. I’m sure he’ll get a little ribbing at school, but at least Mommy looks great naked and Daddy’s song was a hit.” LOL.

Misc/Etc: “You know twerking is officially uncool when a 42-year-old mom is doing it.” “fueled engagement buzz as they’ve canoodled their way around the world.” “an old-looking blond man” “Baby Baller” “She was fighting with her boyfriend when she arrived, and she took it out on everyone she came into contact with” “Hey, she’s not a toddler!” “showed off her rocking bikini body” “A dolla makes her holla, but 100 keeps her dry!” “a 2-year-old basketball prodigy” “his busy schedule of making movies and dating models” “Late-night snack attack?” “He knows he can be a diva” “the couple’s solid marriage began to shift” “All she does is smoke all day.”

Catherine Zeta-Jones Depressed About Divorce From Michael Douglas: “Catherine Zeta-Jones, one of the most beautiful women in the world, just didn’t look like herself. With her hair pulled back to reveal a thinning patch and her all-black ensemble hanging from her gaunt frame, the star ran errands in Greenwich, Conn. on Sept. 4 — puffing on a cigarette as she walked to church, shipping some documents at FedEx and browsing for bargains at one of her favorite stores, T.J. Maxx.” CZJ is a Maxxinista? “She looked so skinny and a lot older. She seemed upset, like she didn’t want to be noticed.” She probably didn’t? “Catherine is in a dark place, struggling to cope with the separation.” She was still wearing her wedding ring on the Greenwich errand run. “Everyone’s really worried about her. Catherine’s mother, Pat, has been begging her to eat, and even moved into her daughter’s Bedford, N.Y. home to cook for her and help with her and Michael’s children, Dylan, 13, and Carys, 10.” Man, this is making me feel terrible. “Catherine has no appetite. The actress has been chain-smoking two packs of cigarettes a day” and has lost 15 pounds from stress. “She doesn’t look healthy.” She probably doesn’t feel healthy. Having recently been treated for bipolar II disorder in a treatment facility for the second time, Catherine might not have been in a good place to begin with. Meanwhile, Michael Douglas promoted Behind the Candelabra and looked the best he has since bouncing back from cancer. Douglas “was spotted moving luggage out of their NYC apartment. But there may be hope yet for the couple. She has suggested intense therapy sessions. She told him she doesn’t want it to end in divorce.” Sadly, it might ultimately not be her choice.

J. Lo Knows She’s Not the Best Singer: “Even though I had sold 70 million records, there was this feeling like, I’m not good at this.” Girl, you should act more.

Scarlett Johansson Changes Her Mind About Marriage: After divorcing Ryan Reynolds, Johansson said, “marriage has no relevance to me right now.” So what changed? She met Romain Dauriac, the French journalist who just locked ScarJo down for life with an Art Deco engagement ring. Whatever works!

How Many Texts Did Hoda Get After Revealing Her Number Accidentally on the Air? 1,012.

Claire Danes Was Hired for My So-Called Life Because She Was Uglier Than Alicia Silverstone: “Way harsh! Producers of My So-Called Life have admitted that Claire Danes, 34, got her break in the ’90s teen drama partly because she wasn’t as pretty as fellow contender Alicia Silverstone, 36!” As if? “Alicia’s so beautiful,” said MSCL executive prodcuer Marshall Herskovitz during casting. “You can’t put that face in what’s been written for this girl.” Yeah … but Danes’s Angela Chase was still hot enough to bag Jordan Catalano, ever so briefly. “Claire nailed the part of awkward, angsty Angela, while Alicia went on to star as popular Cher in Clueless.”

Misc/Etc: “CELEBRITY BOOB BLUNDERS” “SHE LOVES BEING PREGNANT” “Yes, Emma: Ugly sneakers were just what this paisley-print Isabel Marant was missing. Not!” “the cool illusion bodice” “share the same dark secret: Neither is a natural blonde!” “TOO GROSS FOR VOGUE” “Snack time for mom?!” “and feeds ‘The Zesty Guy'” “hugs it out with a fake kid” “America’s Next Top Mustache” “FUN DIRECTION” “gonna get my tan on in the desert” “Could A New Baby Possibly Be as Cute as Their Other Kids?” “Kim, who sported a gold grill and lips smeared with jam.” “a really nice guy and a really cute daddy” “CHOCOLATE SNAILS” “She has too big of a butt. It’s too wide.” “lopsided lady lumps” “taken a toll on her ta-tas”

Hayden Panettiere: “The Nashville star is undergoing removal of her tattoo — the Italian translation of “live without regrets” — because a word was misspelled.” WHAT ABOUT NO REGRETS THOUGH?

Would OK! Readers Trust John Mayer With Their Heart? 83 percent say no.

Robin Thicke on His Wife Paula Patton: “She could make a marriage work with a chair.” LOLOLOLOL SHE MIGHT BE BETTER OFF WITH A CHAIR.

Harry Styles’s Dating Advice: “Don’t be late. Nobody likes tardy people. And don’t spit. That’s gross.” What does he do at home? “Every time I go home, I just fall asleep on the sofa. It’s nice to fall asleep when you don’t have an alarm.”

Misc/Etc: “While it won’t be the biggest or the most lavish one that Hollywood has ever seen, it is guaranteed to be one of the most romantic and heartfelt” “The girl’s got legs!” “She wants to sit there on the porch with her eventual granddaughters on her lap and tell them stories of their grandpa playing football or of her singing the national anthem or performing all over the world” “It’s so weird.” “What’s the move where you ass becomes its own entity?” “It’s fashion. It’s advertising.” “There’s a huge number of their oldest friends who don’t believe this separation is permanent.”