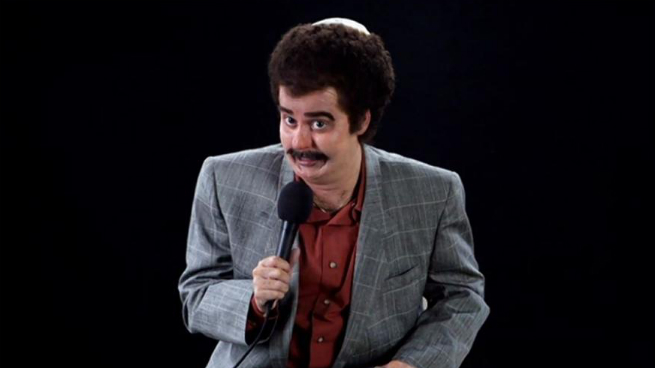 Being sexy all the time seems exhausting, so it’s understandable that Katy Perry might want to chill out on it occasionally. Since her breakup with John Mayer, she has seemed, I don’t know, bummed? She makes jokes about it in radio interviews and still plasters on a spectacular beauty-queen smile for public events and meet-and-greets. I feel like Katy Perry — unlike Lana Del Rey, who sings in a pitch only sad girls can hear — is a fundamentally upbeat person who hates being depressed. That’s why she decided not to make the dark album she promised fans after her divorce from Russell Brand, opting to “let the light in” by doing a positive record called Prism instead. But a lot of Prism’s songs were just about how blissfully happy Perry was with her then-newish boyfriend Mayer. Perry and Mayer seemed to be genuinely in love, and they even made a music video together for their duet “Who You Love” from Mayer’s album Paradise Valley. When the couple broke up recently, the tabloid narrative that had been pushing an engagement story shifted into “what happened?” mode. Perry has been on a world tour in support of her album, and after putting out a funny but still alluring video for “Dark Horse,” she has gone for full-blown comedy with the “Birthday” video, playing several original characters.

The important thing: None of these characters are in any way sexy. Even the princess, Mandee, is purposely off-putting. Perry has played with making herself off-putting before; she donned headgear in the “Last Friday Night” video and did old-woman facial prosthetics for the video for “The One That Got Away.” Where the song is a bubbly confection, the “Birthday” video is purposely grotesque. The lyric video, which featured the words scrolled across pastries and candy jars, featured Perry only at the very end, and was more on-message with the actual lyrics. I think we expected that the final video would be in the same frosting-filled vein. The song itself is a double entendre–laced ode to sex, so it’s only natural to imagine a cute birthday party–themed video with Katy popping out of a cake. But instead, she put out an eight-minute prank show with extended improv-comedy interludes.

Maybe Katy Perry didn’t want to bring out the big balloons on this particular day. Maybe she is finding adult birthdays kind of depressing, and is going to start adhering to Patton Oswalt’s philosophy on them. Maybe to Katy, growing up means alienating your tweenage fans with alt comedy. Maybe she watched a lot of Kroll Show (she guested on the finale) and Ja’mie: Private School Girl (she’s a fan) and thought playing characters seemed fun. Maybe she just didn’t feel like being “Katy Perry” the pop star or Katy Perry the human being and decided to be a bunch of other people instead temporarily. She puts on so many costumes and wigs and paints on her face to play “Katy Perry,” it probably seems hard to take it much further than that.

Katy’s choice of alter egos is revealing: Goldie the dancer is an aging burlesque showgirl from the Rat Pack era performing at an old folks’ home. Perhaps she is Perry’s nightmare of what she could become if she never takes off the spangly leotard. Bar mitzvah MC Yosef Shulem is a misguided tribute to Katy’s love of vaudeville comedy, and possibly of Jewish culture? Like her AMAs geisha performance, it makes her seem ignorant about the problems of cultural appropriation, which you would hope someone who cares about her would have educated her on by now. I mean, Perry grew up as a fundamentalist Christian, so it just seems like obvious Bad Idea Jeans for her to play a swarthy man with an obviously Jewish name who beatboxes and eats challah. Also, John Mayer is half Jewish, so c’mon, girl, just don’t do that.

Ace the animal trainer has long gray hair and is sadistically mean to children, a demo who make up a large part of Perry’s core fan base. Vocal-fried bubblehead Princess Mandee is a fun-house reflection of Perry’s public image as a beautiful and sweet IRL Disney princess. Kriss the clown is a scary degenerate who frightens kids. Man, I don’t know. Katy Perry is on her Tim and Eric. She’s obviously going through some shit. This video made me feel so awkward, but “Birthday” is still one of the best songs on Prism and I kind of loved that she made such a weird video for it instead of the obvious sexy-summer-pop-star footage we all expected. Her sexy whisper of “Happy birthday …” during the song’s breakdown now accompanies Goldie getting defibrillated and tonguing an old man. I like that she went to a creepy antisexual place when the obvious choice was cute and pretty. Maybe there’s something to Katy Perry’s cringe comedy?

Poison Candy: ‘The Other Woman’ and the Disastrous State of Female Comedies