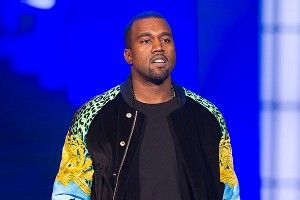 As promised, Kanye’s Cruel Summer — a short film he shot and delivered in an “immersive seven-screen experience” to promote the upcoming G.O.O.D. Music crew album of the same name — had its premiere in Cannes Wednesday night. Well, technically it didn’t premiere as part of the official festival; Kanye just kind of decided to rent some space in the vicinity while the festival was going on. Hey, don’t ever let anyone tell you what you can and can’t do! Anyway, what are we dealing with here?

According to the Twitter feed of old friend GQ‘s Logan Hill, “Cruel Summer is the story of a Lamborghini car thief who falls for a beautiful blind Arabic girl who’s [sic] father will let them marry if he can help her see. So he (Kid Cudi) does using strings that lead her around palace to play music … Kanye West says it’s a work in progress but it’s wildly stylish, huge booming soundtrack, Vanessa Beecroft production design. Immersive fun … Kanye says he had to get script approval in Qatar. He needed 20 camels, 100 extras, and around 20 Lambos.” Adds New York‘s Jada Yuan, the movie “features a mummified Kid Cudi, a throne made into a stringed instruments, and hawks and horses … Movie was shown in pyramid arena on beach, on 7 screens, 3 on front wall, 2 on side walls, 1 on ceiling, 1 on floor.” (Also: “Jay-Z explained to me that @kanyewest’s movie is about love. And then he rubbed my back. Life can end now.”)

And the man himself had some things to add about his revolutionary technology, telling the audience that “We were literally shooting in Qatar less than a month ago. It was the most impossible feat, all odds were against us having this moment, showing this at Cannes. The reason why I went so hard is that this is my goal. What I want to do post-Grammys is I want to change entertainment experiences. Like if [late fashion designer Alexander] McQueen or [director] Tarsem [Singh] was to meet the entertainment value of Cirque du Soleil or Walt Disney. We’re going to bring it to New York to Qatar and re-edit it … so you guys are seeing the rough draft of this concept.” McQueen. Tarsem. Cirque du Soleil. Disney. Kanye West. Get into it.

The big takeaway here for the average Kanye fan is that there’s new music involved, although it’s unclear if that new music is off the G.O.O.D. Music album, was put together just for the flick, or will be released in some as-yet-undecided (but definitely revolutionary) form. But as a vocal, unashamed fan of ‘Ye’s “Runaway” movie, I actually can’t wait to see this, Kid Cudi-leading-blind-girl-around-by-strings and everything. Will it be released online? In movie theaters? Or will there be a traveling seven-screen beach pyramid that you and I can one day immerse ourselves in? Dare to dream. Dare to dream.