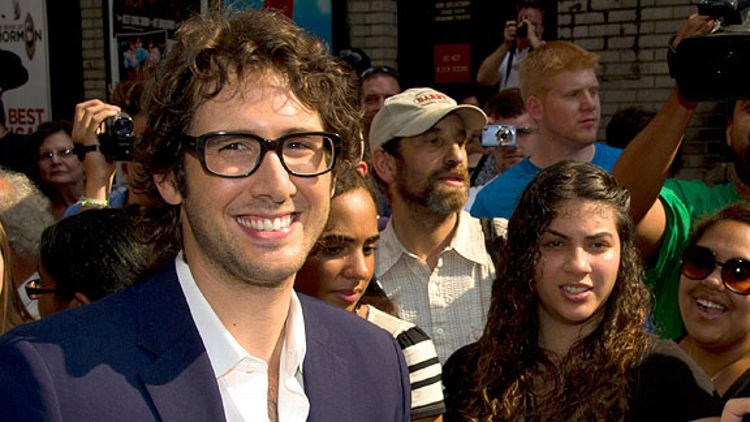 Josh Groban‘s reign of terror continues: after respectable, self-deprecating turns on Glee and in Crazy, Stupid, Love, he’ll take on the role of Andy Bernard’s (Ed Helms) brother on The Office for an undisclosed number of episodes. (Stephen Collins and Dee Wallace were previously been cast as the Nard Dog’s parents). Grobanites, unite and take over! Grade: B [Deadline]

Shawn Levy may vacate the director’s chair on Fantastic Voyage, a remake of the 1966 sci-fi adventure about scientists who shrink themselves and travel, in a tiny submarine, inside their fellow scientist’s body to save his life. Levy is at odds with Fox over whether to cast an A-list star (he wants to, they don’t), although he’s currently trying to court Will Smith as a last ditch effort. And somewhere, Coolio’s all like “And nobody thought to call me …” Grade: C [HR]

Tony Scott is in talks to direct a remake of classic Western The Wild Bunch, about a gang of aging outlaws who are ambushed on a job and take off to Mexico. Well, as far as superfluous remakes go, this one at least sounds relatively, moderately less superfluous. Grade: C+ [Variety]

Brian de Palma will direct The Key Man, a seventies-style thriller about a single father being chased down by the US government because “his body contains answers to important national secrets.” This may well turn out to be great, but right now all we can think about are FBI agents taking off some guy’s shirt and then accidentally tickling him. Grade: C+ [Deadline]

Lynn Shelton — director of such mumblecore fare as Humpday and the
upcoming My Sister’s Sister — will take on Laggies, an indie flick about a 28-year-old adolescently-minded female who responds to her boyfriend’s marriage proposal by hanging out with a set of new, high-school age friends for a week. Grade: A- [Variety]

The Joneses, a 2009 movie starring David Duchovny and Demi Moore as the heads of a family that moves from town to town and acts like normal suburban people in order to shill products, will be adapted for TV by ABC Studios. They’re rebooting 2009 Duchovny/Moore movies we didn’t even know existed now?! Okay, go ahead, shut it down. Grade: C [HR]