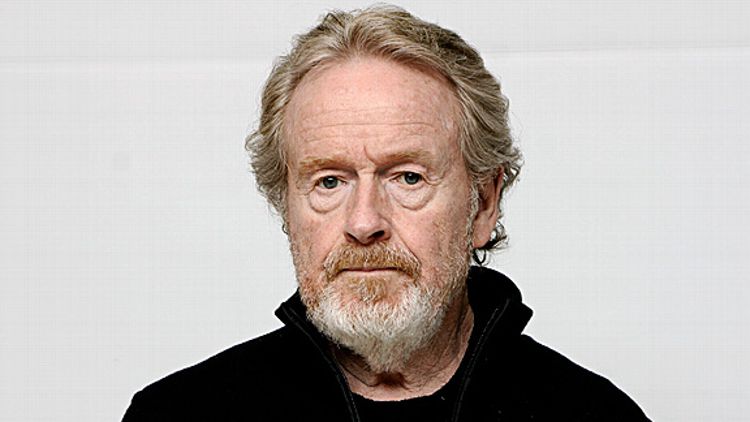 “Art is never finished.” So spoke Leonardo Da Vinci and, while he probably meant it as a cover for the outrageous expense reports he was sending to the de’Medicis on the regular, it still holds true today. Hollywood, ever desperate for sure things — or at least, reasonably certain things, has gone reboot crazy, pillaging its vaults for properties or screenplays to modernize and re-monetize. Recently, a particularly fruitful crop of idea harvesting has come from the eighties, resulting in a lousy reimagining of Arthur, a potentially OK redo of Fright Night (opening this week with the always-worthwhile Colin Farrell behind the fangs), a probably terrible remake of Conan the Barbarian, and newer, no-doubt Twitter-ier versions of Footloose and even Short Circuit on the unoriginal horizon. (Of course not every remake requires a long-term memory: Sony let five whole Earth years elapse before restarting the Spider-Man franchise from scratch.)

The last — but certainly not the least — segment of the creative class to hop aboard this gravy train has been directors, those schlubby, stubbly perfectionists who demand all the credit when a film is a hit and get stuck with all of the blame when it isn’t. There was a time when filmmakers considered their pictures definitively done the first time around — letting newer versions succeed or, more likely, fail on their own ill-considered merits. It’s why Robert Stevenson had nothing to do with Lindsay Lohan’s bespoiling of his classic Herbie the Love Bug in 2005. (Another possible reason: Stevenson died in 1986.) A few years back, David Cronenberg toyed with the idea of revisiting his body-horror flick The Fly for “technological” reasons before wisely thinking better of it. (No technology yet invented can possibly be weirder than Jeff Goldblum — even in 2D.) Even the most neckless of the reckless movie moneygrubbers, the dread George Lucas, has resisted the urge to remake his classic Star Wars trilogy outright, choosing instead to tinker with the originals ad infinitum in search of better morality or more lucrative lunchboxes.

And then there’s Ridley Scott. Luckily for us and his dependants, the cranky Brit has no such qualms and has embraced Hollywood’s nostalgia craze with bank accounts arms wide open. The sly septuagenarian had been developing a prequel to his classic Alien for years with the stated goal of handing the reigns to his protégé, Carl Erik Rinsch. Yet when it came down to brass tacks — and even harder cash — Scott elbowed aside his eager padawan and decided to reboot the damn thing himself. Now, with Prometheus riding good, if complicated buzz on its way to theaters, Scott has decided to give himself completely over to his past by remaking his most fiercely loved film, 1983’s Blade Runner. Rightly considered a classic for its creepy, cybernetic vision of the future as well as its brilliant deployment of actual robots Daryl Hannah and Rutger Hauer, Blade Runner is just the sort of perfectly realized picture that should be left alone, not remade into a plasticky, $200 million pale replicant version of itself.

But perhaps we presume too much. It’s possible that Scott is a latter-day Da Vinci, that his films are, in actuality, mere canvases for the macho maestro to revisit, again and again. Yet for Hollywood, this is uncharted territory. The studios pepertually keep one eye on the rear-view mirror and other on the bottom line. But is that the best approach for a filmmaker? More specifically, can an acclaimed director successfully Benjamin Button his own career? And, more important, should he? Will the next few years see Taylor Lautner toplining a new Gladiator (“Death, like the photographers from Tiger Beat, smiles at us all. All a man can do is smile back“), or Natalie Portman shaving her head (again!) for a crack at G.I. Jane? Perhaps Thelma & Louise will ride again, this time wisely Google-mapping their way around national landmarks, in the more easy-going visages of Kristen Wiig and Melissa McCarthy. Or Scott could do us all a favor and remake the putrid A Good Year by not making it at all?

It’s exciting, when you think about it, the ouroboros of output we have to look forward to from Scott as he systematically reboots his entire ouvre — eventually culminating in a half-billion dollar 4D reimagining of his very first short, 1965’s Boy and Bicycle, only this time the boy is Russell Crowe and the bicycle is a metaphor for a rampaging horde of bow-and-arrow wielding cyborg assassins. Turn your back to the future, filmmakers! Move forward into the glorious past!