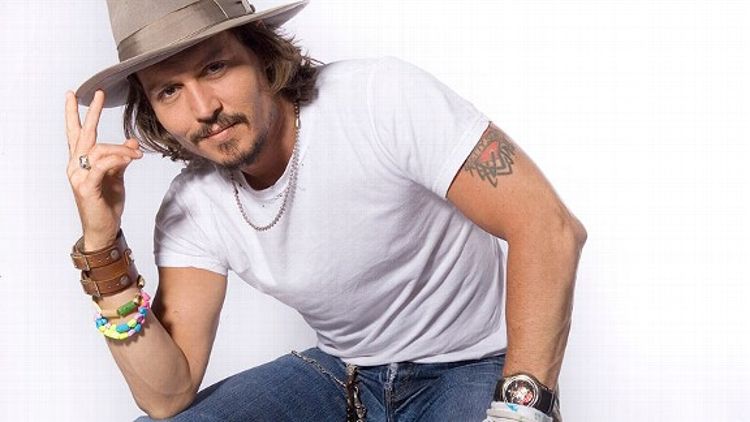 Johnny Depp will produce and possibly star in a Dr. Seuss biopic being written by In Treatment’s Keith Bunin. Seuss, a.k.a. Theodor Geisel, grew up in Springfield, Massachusetts, went to school at Dartmouth, died in 1991, and in between wrote books that have sold over 200 million copies. The movie will chart the events that led to the publications of his children’s classics, while also getting at the dark secret at the heart of his life: Dr. Seuss never actually graduated medical school. Grade: A- [HR]

Ryan Murphy’s new show American Horror Story just premiered, but the Glee creator is already whipping up another one. Along with his Glee co-executive producer Alison Adler, Murphy is pitching a half-hour comedy to all networks starting Friday. There are no details about the plot available, so let’s just assume it’s about, um, a gardener who befriends a baby mouse? Grade: B [HR]

Robert Zemeckis has booked the project Charles Fort, an adaptation of the Dark Horse Comics Fort: Prophet of the Unexplained. The comic series turned the real Charles Fort, an author who worked to debunk supernatural phenomena in the early 20th century, into an adventurer mixing it up with aliens and murderers. Zemeckis, who has the Denzel Washington drama Flight scheduled to shoot for the fall, continues moving away from his motion capture projects like A Christmas Carol and Mars Needs Moms. Sorry, mo cap: Even your great pal Robert Zemeckis now thinks you’re creepy. Grade: B+ [HR]

NTSF:SD:SUV, the procedural parody created by and starring Paul Scheer, will get a second season from Adult Swim. In a statement, Scheer said he was excited “to continue to punch, shoot, stab, and run people over with lawnmowers and get paid for it.” “Also, entertaining stoned people has always been a dream of mine,” he did not add. Grade: A- [Vulture]

Speaking of weirdo cult comedy: Reno 911! might break out new episodes that would air exclusively on Netflix. The discussions between the interested parties have just begun, so it’s not clear what the chances are, but this does point to a larger trend toward streaming sites making their own content. The show’s former executive producer John Landgraf, though, isn’t so sure this is the future of viewing: “Media commentators and young hipsters aside, I believe the vast majority of people don’t want to curate their experience when it comes to television.” Old hipsters! Make your voice heard! Grade: B+ [Vulture]

Hope Davis has joined the cast of Disconnect, the ensemble indie drama about people negatively affected by the Internet. Davis’s character is coping with her son’s suicide while trying to find her own identity. Until we hear otherwise, this movie will continue to seem like the worst. Grade: C [Deadline]

CW is canceling the Mario Lopez-hosted reality show H8R, in which celebrities were paired up with their vocal detractors to try and change their minds. Finally, something bad happens to Mario Lopez. Grade: A [Deadline]