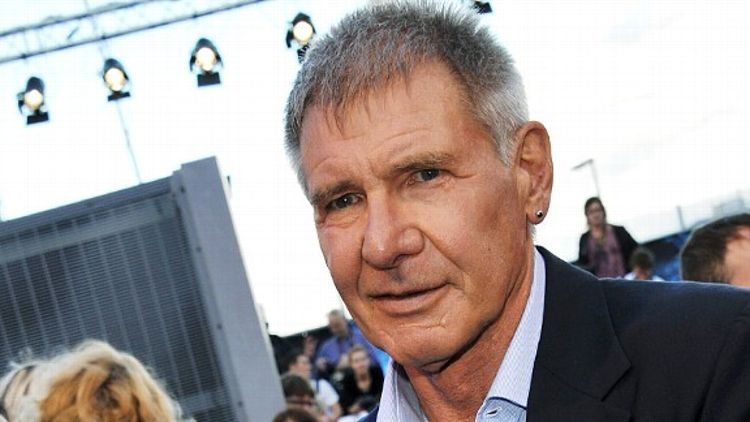 A Jackie Robinson movie is in development at Legendary Pictures, with Chadwick Boseman playing the man himself; Harrison Ford playing Branch Rickey, the Dodgers exec that signed Robinson; and Brian Helgeland, who wrote L.A. Confidential and Mystic River, writing and directing. This is a big break for Boseman, who was previously best known for a bunch of TV cameos and the football movie The Express. It also should do wonders for Ford, who is still, sadly, best known, of course, for marrying Ally McBeal. Grade: A- [Deadline]

George Clooney‘s Smokehouse Pictures will adapt David Bianculli‘s Dangerously Funny: The Uncensored Story of the Smothers Brothers Comedy Hour, although it’s unclear as of yet if Clooney himself will star or direct. The book charts the evolution of the Smothers Brothers from conventional comics to “counterculture troublemakers” that were fired from CBS and landed on Richard Nixon’s enemies list. In fact, the only pair of brothers Nixon despised more? The Righteous Brothers, for some reason. Grade: B+ [Deadline]

Sacha Baron Cohen is in talks to join Russell Crowe, Hugh Jackman, and Anne Hathaway in the high-profile Les Misérables adaptation that Tom Hooper is directing. He’d play the villain Monsieur Thenardier. And while we’re on the subject of big-time adaptations of cultural entities that also exist as long-running Broadway shows — where is our Cats movie?! Grade: B [Deadline]

Dominic Cooper will star in Summer in February, a love-triangle drama set in the early 20th century. He’ll play Alfred Munnings, an artist that was a member of the Lamorna Group, which was based in Cornwall, England. This doesn’t sound like the most innovative plotline so far, so hopefully the movie’s title alludes to a crazed subplot in which Cooper’s character wins over his lady’s love when he attempts to take over the world by building a contraption that controls the weather? Grade: C [Variety]

Lifetime’s recent attempt at branching out into scripted series with the procedural Against the Wall has stalled out, with the show not garnering enough viewers to get a second season. To be perfectly honest, this is the first time I’m hearing about this show, but apparently it featured one cop character that was also extremely pregnant? That is almost crazy enough to make me sad a show I’ve never seen has been canceled. Grade: C [HR]

Another cancellation: The Nate Berkus Show, an Oprah spinoff, will end after its current second season owing to low ratings. In a statement, Berkus said, “I’m incredibly proud of my hard working and talented staff, and proud of the show we were able to produce every day.” “Except for Shelly in wardrobe, whom I’ve decided to blame entirely for us not getting picked up. Screw you, Shelly!” Berkus did not add. Grade: A [HR]