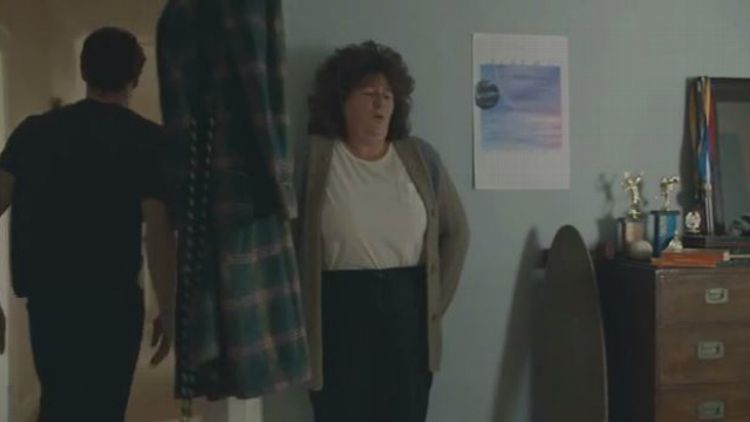 Whatever your rooting interest over the NFL’s wild-card weekend, there is no debate about its ultimate winner: a certain purveyor of mass-market body-odor neutralizers with a penchant for the absurd. And for the disturbing. And for the … hold on a minute, we’re thinking about it again, and the metallic taste of bile is rising in our clinching throats, the hairs on our arms standing at attention, as if gathering in formation to march off to the certain doom of battle. Because anything is better than what the enemy’s marching band is playing.

You know what we’re talking about. And if you don’t, well, things are about to get dark in here.

Now it’s in your head. The sinister tinkling of a piano. The mournful lilt of a mother bereft about a son’s heartbreaking evolution from boy to man, a transformation chemically locked in by a few fateful pumps from a body-spray can. A transformation that does not go unnoticed by the greedy, son-despoiling women who catch a tragic whiff of the artificially engineered pheromone trail their little Mikeys and Bobbys and Billys leave behind them. No, it’s not the orgy-beckoning stud-musk slung by down-market competitors, but it still gets the job done. It’s still enough to wilt the pages of the baby book they’re casually flipping through, no reason, just missing you today, Teddy Bear.

And then the Oedipal nightmare really begins.

Moms behind doors. Moms clinging to bumpers, kneeling in the basket of still-warm laundry they just did for you. Moms rising up from beneath cafeteria tables to interrupt a tender moment. Moms posing as serial-killer custodians, ready to bludgeon all comers with a mop handle, an entire bucket, if need be. Momsharks hunting through the sands, washing up on shores like deranged flotsam. Moms in the curtains. Moms in the shrubs. Slamming down uneaten dinners, pounding cakes, sobbing in windows. Falling from the sky with violins, for some reason you dare not contemplate. And, worst of all, the thing you’ll never forget, the thing that will haunt you for the remainder of your now-wretched days: moms emerging prone from beneath the sofa cushions mid-makeout and carried across the room by an invisible phalanx of devil-ants, where she resumes knitting your death shroud. She’ll be back with the needles any minute. They will be the last thing you ever see.

This is how they want to sell you a deodorant mist.

Maybe you shouldn’t have switched from the orgy-juice. Things were simpler then.

Filed Under: The Most Important Youtube of The Day

See all The Most Important Youtube of The Day