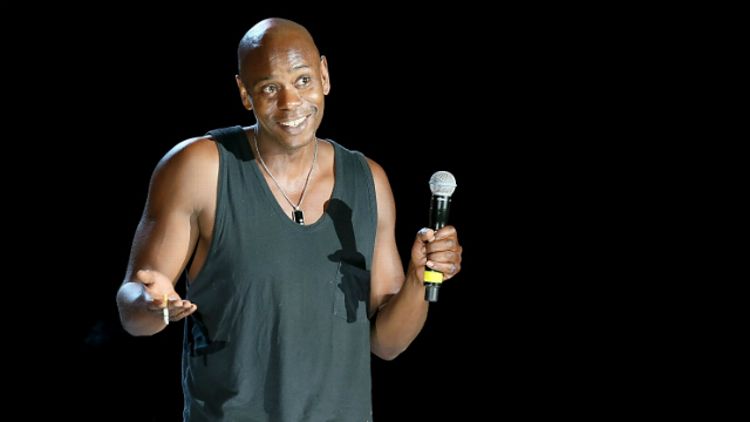 Dave Chappelle’s last visit to Austin was — depending on your tolerance for hecklers, crowd/performer jousting, and comedians with close to no prepared material — a complete disaster. A hastily planned show that was booked and announced roughly 24 hours before the former Comedy Central star took the stage, the June 2012 performance saw Chappelle roll into town on his motorcycle and go ahead with a two-hour set marred by half-formed jokes, bouts of prolonged silence, and audience members repeatedly yelling requests and inane attaboys to the comedian who has spent most of the last decade in his own creative wilderness.

That mess of a visit apparently forgiven or ignored, roughly 14,000 fans turned out at the Austin360 Amphitheater on Friday to see the first night of the Chappelle-headlined Oddball Comedy & Curiosity Festival, which is his first formal return to show business since hitting the eject button on his Chappelle’s Show sketch series and the $50 million contract he’d signed for its third season in 2005. After warm-up sets from the likes of Jeff Ross, Demetri Martin, Hannibal Buress, and co-headliners Flight of the Conchords, Chappelle’s most public return came with a standing ovation after the white scrim in front of him disappeared to reveal a buff and intense but still perplexed stage master who was just a few hours away from his 40th birthday.

He started small by ribbing a 12-year-old seated close to the stage — “Thanks for taking a break from jerking off and joining the rest of us” — before acknowledging his ill-fated Austin visit the summer before and playing on the audience’s apprehension by telling them, “I don’t have any material.” That wasn’t true, of course. Another comedic air ball would’ve resulted in something close to a riot, especially with tickets retailing for up to $93, but saying so was a blunt move to sweep the legs out from under the audience and its lofty expectations.

What followed was a mixed bag of clearly prepared and honed comedy interspersed with Chappelle sharing and talking out the low points of his self-imposed exile and how the public’s unwillingness to let him escape his fame had pushed him over the edge several times. Closing off a story about how his advice to his son that it was OK to quit a school activity had rubbed off on one of the child’s friends and earned Chappelle enmity from the kid’s Catholic parents, he punctuated the bit with his amusement at Pope Benedict XVI’s resignation soon after. “It’s easier to resign as the Pope than it is to quit a cable show,” he said. “No one said the Pope was smoking rocks in Africa.”

Those reflective passages came between bits of bawdy and topical observation that felt like the Chappelle of old: how we all secretly think that the Mona Lisa’s mysterious smile is really “a tranny smile”; what prompted Lil Wayne to romanticize a lover’s “pussy juice” fouling up his Jacuzzi; and how he perfectly mistimed his departure from Hollywood so he missed capitalizing on the country’s first black president. And while those riffs got some of the biggest laughs on the night, they felt like spare grace notes, or fleeting moments, in which Chappelle was briefly able to escape his self-doubt and demons and get back to being the guy who could make an entire nation laugh and who had the chops to lure an athletic arena–size crowd outdoors in near 100 degree heat on a Texas summer night.

Thankfully, Chappelle’s easygoing manner and charisma — and only a single, brief run-in with a heckler — made it so the long stretches surveying the aftermath of his flight from fame had their own subtle humor, wrung from a casual aside or accusatory look at the crowd as he pulled from a string of American Spirit cigarettes and toweled off sweat that was cascading down his forehead by show’s end. Much of what made those exchanges work was sheer stagecraft and veteran savvy and showed that even though Chappelle doesn’t trust the machine that made him famous, he can still pilot the thing like few others.

Whether that 1:3 mix of cannon-blast laughs vs. chuckling pathos was enough after eight years away depended on how mindful you are of how sudden fame can completely engulf and change a person, and how much slack you’re willing to cut a performer who clearly relishes being on a huge stage but doesn’t have much discipline when it comes to crafting the jokes needed to justify his being there. Chappelle acknowledged that imbalance right before the set abruptly ended somewhere short of the hour mark, saying his overblown “biblical” return had seen him perform “11 minutes of material in 45 minutes,” thereby kicking the crowd in the shins one last time before they turned for the exits.

It’ll be easier and perhaps fairer to judge Chappelle’s return to the limelight by the midpoint of the festival’s run, when he’s had more chances to find his rhythm with such huge crowds — though with a volatile and temperamental personality like him as its linchpin, you can bet promoter and tour organizer Funny Or Die will be popping champagne if the full slate makes it all the way through the three-week run. What we take from the tour’s initial bow is that its main draw seems to want to get back to being a comedic force of nature. But to do that, he’ll have to give up his penchant for self-sabotage and figure out how to stop getting in his own way.