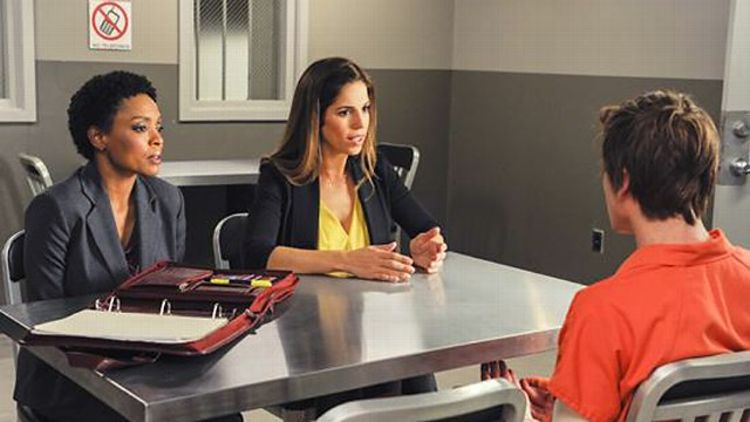 I was playing basketball once a couple of years ago. Someone shot a 3 and missed it and two guys on opposing teams went for the rebound and both knocked it away from the other. It squirted out into the open and so I dove after it, because I am a man of action. Somebody fell (from the rafters, I think) and landed right on my left knee. The inside of it exploded. I felt it all fall apart and I knew immediately.

I got up and tried to walk around and my knee felt like how a bag of tools feels when you shake it. It was death in there; loose, disconnected death. I went home and went to sleep because I am also a man without insurance. The next morning I woke up and it was so discombobulated and swollen that it had caused my foot to fall off (at least I think so — it was hard to see through all the tears).

I went to the hospital and they put me in a gigantic machine and then laid me on my back and yanked me around by my leg and asked if it hurt. It did. It hurt more than anything. It hurt with the kind of hurt that made me mad that I’d been born with legs. In that moment, I’d have preferred to have just lived my life with half a body and accept all of the awfulness that comes with that so I wouldn’t have to lie there while a doctor tried to make me throw up from pain. That’s how Devious Maids makes me feel now. It just makes me mad that I was born with a head. Fuck you, head.

Marisol pretended to be Flora while talking to her senile grandmother, Rosie got caught making out with the Rich White Man she works for, Carmen was the worst, Zoila was mean, and Valentina offered to sell an old man a bit of her uterus.

The Rich White D came home from rehab, saw Valentina, then walked up to her, said she saved his life by sending him to rehab, then he kissed her and hugged her. So, to be clear, the list now goes:

Let us drink the finest wines and let it be served to us by the most maid-ly Mexicans.

Marisol: Marisol found out that her son (still in jail for Flora’s murder) was dealing drugs while working as a caterer, which led to her arranging a dinner party for the Rich White Woman she works for so she could meet her son’s drug dealing partner Brad (also a caterer), which led to Brad telling her that … wait … wait for it … hold on … not yet … almost there … almost … aaaaaand … BAM: THE RICH WHITE D THAT VALENTINA HAS BEEN AFTER ALL SEASON VERY WELL MIGHT BE THE ONE THAT GOT FLORA PREGNANT AND MAYBE EVEN KILLED HER OMGOMGOMGOMGOMG.

She would have been able to see out this new lead through a bit more thoroughly, but right after she found out, an old white woman hung herself from a tree right outside the dining room with a tieback from a curtain. For real. I don’t even know anymore.

Carmen is such a chore.

Zoila: Zoila showed up, but she showed up the same way Kobe did in that one elimination game against the Suns a few years back when he just refused to shoot the ball for the entire second half. She was there, but not really there. I wish Scrubs was still on. :(

My mom refused to get on the phone with me when I called (“Is he going to ask me about Devious Maids? He is? OK, tell him I’m busy.”), so instead here’s a GIF of a baby from the show crying and trying to escape from the set:

That’s exactly how I watch the show, BTW. My wife sets up a playpen and then she puts me inside and turns the TV to Lifetime and I just spend the whole hour crying and trying to climb out.

And here’s a GIF of Valentina taking a cyanide pill because she just found out that Devious Maids has been renewed for another season:

And lastly here’s the Rich White D from the show after being asked by a reporter if working with five Latinas has made him feel in any way whatsoever like maybe they’re equal to whites:

After the Rich White Woman that Rosie was working for temporarily stole the baby Rosie was looking after, Rosie quit. The Rich White Man was none too pleased, in part because he had designs on luring Rosie into his prostitution ring, but also because he was forced to hire Olga, a former bronze medalist for Bulgaria’s shot put team (FOR REAL). His barb after she intimates in Bulgarian that it’s time for her break: “It must be time for [your] feeding. … You keep cleaning. I’ll get you some meat.”