It’s a Slow Star Wars News Week, So Thank the Maker for Those Florence Rumors 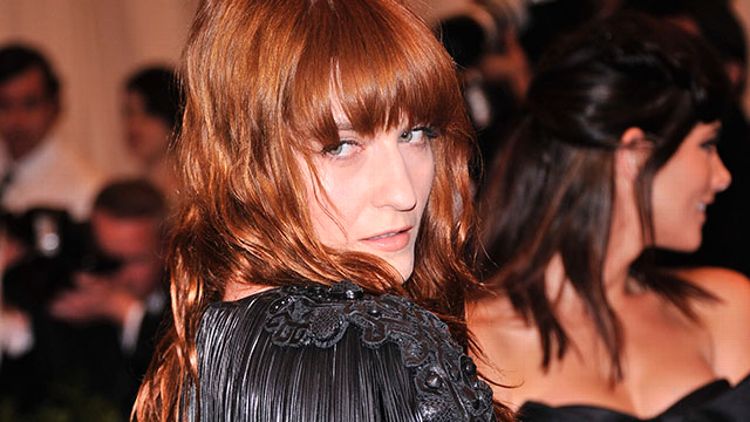 These days, much to the dismay of my Google Alerts, the automatic interview question to ask every actor is, “Hey, wouldn’t it be cool if you were in the new Star Wars?” But seriously, wouldn’t it? Let’s find out, from some of our leading thespians, whether it would indeed be cool or not:

Daniel Radcliffe: “Yeah, that’d be awesome. That’d be crazy cool.” [Time Out London]
Leonard Nimoy: “Oooh. Ooooh, wouldn’t that be fun. I would love to … I think it would work just great. I think it would be a great idea, and somebody ought to tell [J.J. Abrams] that.” [StarTrek.com]
Jason Statham: “[I’d have to see] what that silly role may be. I would guess it’s probably something stupid.” [io9]

What can we say? It’s been a slow couple of weeks on the Force front. So slow that J.J. Abrams had time to pick up another high-profile genre property. So slow, in fact, that we, along with the rest of the Internet, have resorted to regurgitating a highly questionable rumor from The Sun that Florence Welch, a.k.a. Florence sans the Machine, is being eyed for VII. “She has done some acting but it was her singing on stage that initially caught the eye,” an unnamed “Star Wars insider” tells The Sun. (Does being a former subscriber to Star Wars Insider make one a “Star Wars insider”?) “Florence is being considered for a major part that would turn her into an A-list actress overnight.” Just like Hayden Christensen! So, these quotes sound totally fake, and the article’s legitimacy isn’t helped by the uncited kicker that Paris and Prince Jackson have been “pushing for auditions.” OK.

I don’t want to waste too much time speculating what Welch would do in the film, because I’m 99 percent positive that this is not a real tip (obviously this was just a big tease to all the Mara Jade fanboys out there), so let’s move on to some other frustrating news. According to Comic Book Therapy, this past weekend Billy Dee Williams was being squeezed for scoops at the Fanboy Expo in Knoxville, Tennesee, when Derek Maki, president of the management company that Harrison Ford, Mark Hammill, and Carrie Fisher have all been clients of, stepped in and said that none of the original cast have signed contracts for the sequels and everything we’ve heard is pure speculation. So is that why half of George Lucas’s announcement that yes, indeed, Mark, Carrie, and Harrison will all be back for VII was weird, paranoid-sounding backpedaling? Maki says we should pester Abrams on social media if we want any of the original cast to come back. Yeah, I’ll leave that to you guys. Though it’s a nice thought, I don’t need a Star Wars reunion movie in my life. The Arrested Development reunion was kind of depressing, and that’s been off the air for only seven years. I mean, have you been keeping tabs on Mark Hamill lately? Do You Like Prince Movies? Podcast: After Earth and the Career of Steven Soderbergh, With Special Guest Film Crit Hulk