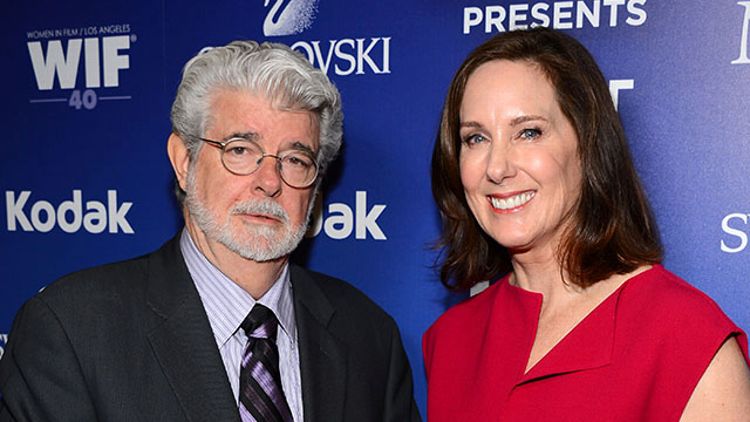 You already should know that me casually filing this update on a sleepy Tuesday afternoon instead of busting through the doors of Grantland HQ on Monday morning with a handful of disheveled faxes means one thing: There was not, as many (including myself) had speculated, any earth-shattering Episode VII news out of this weekend’s Star Wars Celebration: Europe. Title? Nope. Casting updates? If only. Did J.J. Abrams even show his face at this großgeek? No, which I will address in a bit and which the conspiracy theorists among you can read as you may.

But that doesn’t mean the four-day festival was without any meaningful news — first, there was a confirmation of the earlier report that John Williams will be composing the score for Episode VII, and in additional news, VIII and IX. Great — Star Wars will continue to be soundtracked by the same triumphant brass and sweeping, unironic strings; safe to assume that none of these will be allowed in the recording studio.

But more importantly, and encouragingly, the convention ended with a panel discussion with producer Kathleen Kennedy, moderated by Warwick Davis (sure, OK). This is the first substantial, extended update on Episode VII pre-production we’ve gotten, and I have to say it’s hard not to be encouraged by it, even if it is all exceedingly vague. Kennedy basically emphasized that effects talk hasn’t even begun in earnest for the film yet; the team is still primarily focused on the script and characters. “We have an amazing team at ILM, who can create fantastic effects,” Kennedy said, “but if we don’t have a great story and characters, the effects mean nothing … if you don’t spend the time you need on developing characters, and finding stories, complicated stories, the audience gets tired because they think they’re seeing the same thing again and again.”

She also mentioned that the effects discussions they are having right now revolve around integrating practical techniques as much as possible. “Looking at all the Star Wars movies and getting a feel for what even some of the early films did, combining real locations and special effects — that’s something we’re looking very seriously at,” she said. “So we’re going to find some very cool locations that we’re going to use in support of Episode VII. And I think we’re probably going to end up using every single tool in the toolbox to create the look of these movies.” She then went on to talk about “model makers,” “real droids,” and other words that make any adult Star Wars fan’s heart melt.

Location shoots, practical effects, writing halfway-thoughtful scripts? Like a particularly smooth PUA at a cosplay after-party in Messe Eisen, Kennedy is saying all the right words. It’s enough for me to bump up the ForceMeter by a full point. The only point of concern was the aforementioned complete absence of Abrams, whom most fans fully expected to see there. Devin Faraci, who leaked last week’s quitting rumors out of Comic-Con, seemed to think that we should be genuinely worried if he didn’t show up, and most prognosticators echoed that sentiment. I don’t know what Faraci knows, but I do know that by all appearances the actual content delivery at the SWC seemed to have been way dialed back from what was promised as recently as this spring. Is there trouble in the Episode VII works, and was the by-all-appearances-extremely-well-intentioned Kennedy sent to placate the masses? Maybe. Should we probably all just calm down and cool it with the blogging and let them make the damn movie whatever way they like, and try to put our emotional investment in Star Wars into some kind of rational adult perspective?

ForceMeter: 7 (Destroying an AT-ST walker with THE FOREST) Freak Show & Tell: Birth Control? What Does That Mean?