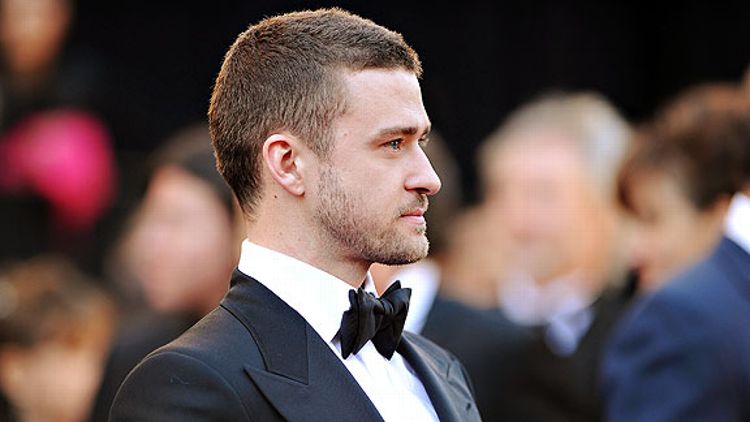 The public’s official stance on Justin Timberlake’s acting career is “please please please go back to making music.” Sure, he was fine in The Social Network, and the movie was a monster, but JT’s performance wasn’t its lynchpin. (Really, anybody could have played that part — Chris Messina? Armie Hammer in a curly wig? — and the movie would have ticked right along.) Timberlake’s actorly rep was actually helped more by July’s Friends With Benefits. It made money, got good reviews, and beat No Strings Attached in the Great Fuckbuddies Rom-Com War of 2011. And more importantly, it featured Justin (and/or his butt) in nearly every scene, and most moviegoers found him winning and non-replaceable. Things were on an upswing. Then, In Time happened.

It not only bombed, racking up only $12 million at the box office, but got torn apart by critics: Its Rotten Tomatoes page (37 percent!) features such memorable blurbs as “You begin to wonder if the whole thing might be a psychological experiment of some kind.” (Nicely done, Dana Stevens). For regular non-multi-hyphenate actors, this would be a moment of temporary embarrassment; you just gotta pick yourself up, dust yourself off, and sign up for a movie that (with all due respect to Amanda Seyfried’s plot-hole-fixing cleavage) makes at least a little sense. With JT, though, this is where the public asks (again): Why are you making big, terrible movies when you could be doing something else? Get back to the recording studio and make some boundary-pushing electro-pop already, you overly talented jerk!

Making things worse is Timberlake’s recent appearance on “Role Model,” a rap-rock track by FreeSol, a band signed to his label. It also would have been bad if he’d made a good song (people: “Okay, now do that eleven more times”). That he decided to rap, though, is almost insulting. You want me to make music? You sure? Okay, here you go! Just try to enjoy this crap.

There’s also the news that the Coen Brothers have offered Timberlake a role in their next movie, Inside Llewyn Davis. Some are scandalized that the dude would be allowed to sully the sterling filmography of the Coens; others would have been angry no matter what his next acting project was. Over here, we’re focusing on the fact that Timberlake would be playing a sixties folk singer and that, according to /Film, “the film may be shot with something of a Robert Altman-esque approach, with live music played by the performers on set and overlapping, naturalistic dialogue.” Let’s think positive, people: That means he’s practically back to making music!