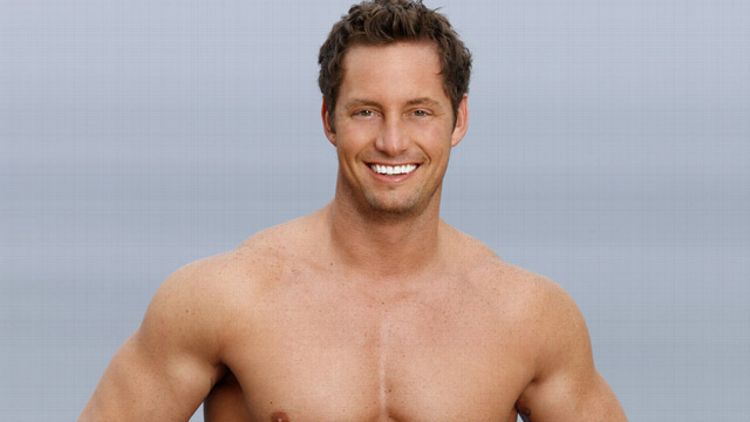 As the great philosopher Connor MacLeod taught us, “There can be only one.”

And so, endless promotional clips teasing us with the “most shocking/disturbing/shame-erection-inducing Bachelor Pad finale in history!” aside (note: Bachelor Pad debuted in 2010), our contestants were always fighting against the irrefutable math of the situation, and we should not be so surprised that our newest Padlander, Smiley Nick the Harmless Nonfactor, finished the season holding aloft the head of the vanquished before an arena of supporters squealing their bloodthirsty approval.

We mean, yeah, he didn’t have to be such a colossal dick about it, and technically the “rules,” such as they were, provided for an outcome in which each happy-enough finalist might be holding aloft half a head and half an oversize novelty check, but still. This is how it had to end. This is how we needed it to end. Your tepidly resolved Prisoner’s Dilemma is cordially invited to blow Nick, the answer to the question, “What has two thumbs, a duffel bag stuffed with $250,000, and the awed respect of anyone who’s ever uttered the words ‘I’m not here to make friends’ to an omnipresent TV camera?”

In the tradition of the great, solitary winners who came before him (the sniper, the ninja, the drunk bro triumphantly lawn-surfing atop the rival fraternity’s front door, which he eased off its hinges while his girlfriend faked a tequila-seizure in the backyard), Nick repeatedly bellowed the champion’s refrain of “I did this all by myself!” with enough force to spontaneously screen-print himself onto a million Mitt Romney campaign posters. And we bellowed along, because even though that poor girl next to him with the twice-shattered heart was bawling with genuine hurt and it was super-bumming us out, game has to recognize game. And this game ended with one person holding a SHARE sign, and the other, struggling to the point of imminent aneurysm to suppress the banana-size grin trying to bust through his pursed lips, dramatically unsheathing a victory-engorged KEEP. Winner, winner, quarter-million-dollar chicken dinner.

To be sure, there was a price to pay for winning. Nick was forced to sit three feet away from the woman he betrayed outplayed — the same, vulnerable woman who had just excruciatingly recounted the breakup sex she’d thought was I’m-open-to-a-long-term-long-distance-relationship sex — and endure the shooting-gallery scorn of a vocal minority of vanquished Paddies while the audience alternately whooped and gasped at the contestants’ outraged appraisals. But that seemed not to upset Nick, who, bolstered both by the dramatic increase in his net worth and the grudging admiration of his bested buddies (an approving Kalon even handed him a premium business card from his new Gentleman’s Sociopath Collection), strode to the center of the set and took his case directly to America. No one believed in me. No one wanted to be my partner. Nick Who, Quiet Nick, Loner Nick. Suck on this fat stack of Ben Franklins, runner-up bitches, I’m gonna buy, like, a thousand SoloFlexes tomorrow. It was hard to argue with that particular presentation of the facts, especially after the end-credit montage revealing how Background Nick had Keyser Soze’d himself to sole possession of the grand prize. You know, if Keyser Soze were a dumb guy who stumbled upon a razed Hungarian village, grabbed an extinguished torch, and told the first survivor he encountered to go forth into the world and tell apocryphal horror stories about his boundless wrath.

Perhaps our last-ever glimpse of the embattled champion will be of him making his closing argument to the camera in the back of that limo, having slipped out the rear door of the studio as Rachel tried to get in a final barrage of televised manhood-disparaging, which, truth be told, was her hard-won right as double-crossed partner. But where was that car taking him? Back to his Tampa home? No, that’s not a winner move. Within the hour, Nick was already past the velvet rope at the In It To Win It Lounge and nodding to Richard Hatch at the bar, then escorted to a private table where the prize-check girl discreetly relieves him of his loot. And right then his phone blows up. It’s Kalon, trying to meet. CHAINSAWS 2NITE?

Nick waves across the room to Paradise Hotel‘s Charla. She doesn’t look up from her iPhone.

He hits Kalon back.