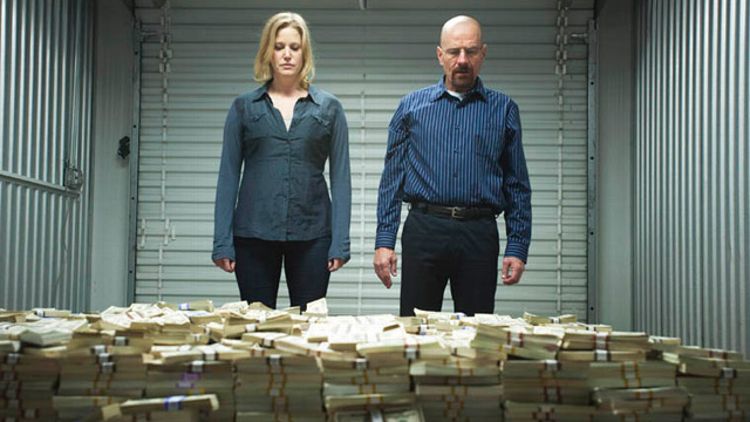 Well, this is a new one: As Albuquerque’s KOAT 7 local news breathlessly reports, someone broke into Bryan Cranston’s car in December and lifted a script from the upcoming final season of Breaking Bad. And while there is now a suspect in custody, the highly desired script is, dangerously, still on the loose.

Aptly, the sordid tale has a TV vibe to it, albeit more a low-rent procedural than the sparkling drama of Vince Gilligan. Reports KOAT 7:

Xavier McAfee, 29 … is accused of breaking into Cranston’s Audi and taking among other things, a script to the popular and secretive show.

“Did you steal his iPad and a script from the car?” Zakalik said.

Also very important: “Court documents reveal one of Cranston’s employees, Taryn Feingold, was contacted by a confidential informant. That informant detailed a local bar conversation, where a man was bragging about how he broke into a vehicle at the Sandia Crest, and had an iPad and script from the Breaking Bad series.”

By the way, the Sandia Crest is the highest point in the Sandia Mountains. So we now know TV star Bryan Cranston drives a certainly nice but not flashy Audi and likes nature. Dreaaaaaamboooooaaat.

Anyway, back to the script: It’s still missing! Now if you’d like to live out some sort of vigilante-justice fantasy journey, please, come on down to Albuquerque, and follow the trail of Xavier McAfee.