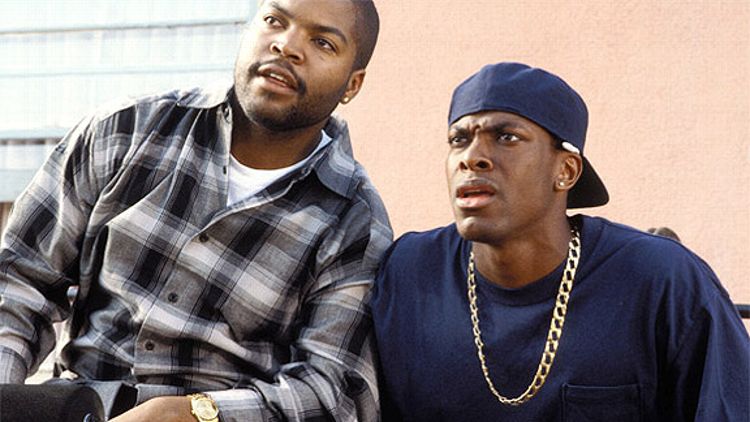 Ice Cube is in talks for a fourth Friday movie with New Line, which he would write, produce, star, and possibly direct. And Tiny Lister, a.k.a. Debo from the first Friday, told TMZ that he recently had a conversation with Chris Tucker on the dude’s private jet, and he’s possibly interested in coming back to play Smokey. If that fails, though, they should seriously consider Kal Penn, as Kumar, for Cube’s sidekick. Anyway, this sounds fantastic. Grade: A [Deadline]

Ricky Gervais will return to host the Golden Globes for a third time this year. The Hollywood Foreign Press Association confirmed it in a statement then explained, in a blog post on their site: “While many welcome Gervais’s return, not everyone is happy with the decision because last year his blunt one-liners targeting big-name celebrities caused anger and resentment in some quarters.” “But when Brett Ratner pushed us to hire Ricky again, we knew we had to do it,” they did not add. Grade: A- [HR]

Amy Adams has been offered a role as Clint Eastwood’s daughter in The Trouble With the Curve, the movie Eastwood unretired from acting for. Clint’s not directing (that would be Robert Lorenz), but only starring, as a baseball scout taking one last work trip with his estranged daughter. And Adams continues a blessed career across some of film history’s greatest leading men, including Clint Eastwood, Kermit the Frog and, um, whoever was in Cruel Intentions 2. Grade: B+ [Showblitz]

Universal’s animation firm Illumination Entertainment is working on a Woody Woodpecker feature, with Blades of Glory’s John Altschuler and Dave Krinsky in talks to develop the script. At this early stage there’s no word on what direction the final movie will take — so, dark origin story?! Grade: C [HR]

Considering they’ve already announced a release date for Catching Fire, the sequel to The Hunger Games, it’s a good thing Lionsgate is actively working on it. Currently, they’re attempting to hire Simon Beaufoy, who won an Oscar for Slumdog Millionaire, to come on board. (The first movie was written by director Gary Ross along with Suzanne Collins, the author of the books). When reached for comment on the project, Beaufoy could only manage to shriek in childlike excitement, then yell “Katniss!” over and over while pulling make-believe arrows from a pretend quiver and fake shoot them. Grade: A [Deadline]

Bradley Cooper Is Your Sexiest Man Alive, and Other Stories From This Week's Gossip Magazines