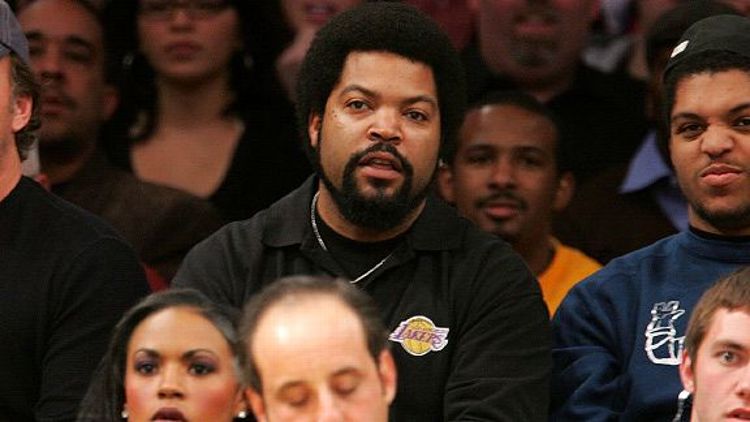 Ice Cube is developing his first television starring vehicle, a vigilante drama called Eye For an Eye, for FX. Cube would play a veteran paramedic who, after seeing years of bloodied victims, decides to go rogue as he lays down justice on perpetrators. If this show isn’t soundtracked exclusively by a continuous loop of NWA’s “Gangsta Gangsta,” well, then, I’ll have lost all faith in FX’s clearance department. Grade: B+ [Deadline]

Dwayne “The Rock” Johnson is up for Michael Bay’s Pain and Gain, an atypically modest production for Bay based on a 1999 Miami New-Times article about two Florida bodybuilders who get involved in a botched extortion and kidnapping operation. Mark Wahlberg was being targeted for the other role, but he has already turned it down. The actual details of Mark’s reasoning aren’t clear, but it probably went something like “Look, if I’m gonna do a Michael Bay movie, I damn well better be blowing some major shit up.” Grade: C [Showblitz]

The Hallmark Channel is shooting yet another version of A Christmas Carol, this one called Caroling, for 2012. It stars Emmanuelle Vaugier as a successful book publisher whose staff hates her, Carson Kressley as an employer plotting a mutiny, and Carrie Fisher as the late founder of Vaugier’s company, who takes her through the mystical journey. And the rest of the Queer Eye for the Straight Guy’s cast continue to be shamed and disgraced by Carson Kressley’s sweeping latter day success. Grade: D [HR]

Amanda Knox has signed a deal with high-powered agent Robert Barnett for a possible book deal, as well as to “evaluate … other opportunities,” which might mean her first television interview or a movie deal. And, somewhere, Hayden Panettiere is all like, “um, hello, I already made the definitive Amanda Knox movie.” Grade: A [HR]

Zoe Kravitz and Sophie Okonedo are in talks for M. Night Shymalan’s 1000 A.E., as Will Smith’s daughter and wife, respectively. In the flick, humans have left the now inhospitable earth; when Smith, playing a hero fighter guy, and his (real plus fictional) son Jaden crash land there, it’s up to the kid to save his father. Willow and Jada are probably so pissed right now. Grade: B [HR]

A Rope and a Prayer, the book New York Times journalist David Rohde wrote with his wife Kristen Mulvihill about his kidnapping by the Taliban in 2008, will be made into a movie by HBO. Rohde was held captive for seven months before busting out by climbing a wall in the compound he was being kept in. That means this movie should be, but probably won’t be, called David Rohde Is a Beast. Grade: A [Deadline]