How Bad Were This Weekend’s Box Office Numbers? The No. 1 Movie Starred Matisyahu 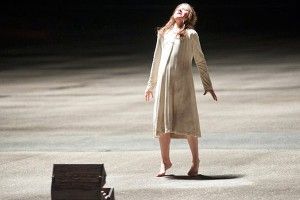 As The Hollywood Reporter explains, the first weekend after Labor Day is always pretty lame (maybe because everyone’s running around pretending like summer’s not over yet?), but this one was particularly bad: It’s the “first time since the same weekend in 2008 that no film grossed $10 million or more. That weekend, revenues reached $68 million; this weekend, they are expected to top out between $65 million and $67 million … If so, that would mark the worst weekend since immediately after the 9/11 terrorist attacks.” So, yes, pretty awful!

Who else contributed to the embarrassingly low performance? Shame on you, Shia LaBeouf — your Lawless, in at no. 2, only managed another $6 million. How could you do this, Bradley Cooper and Zoe Saldana? Your movie The Words only nabbed $5 million, and it opened this week. (Mitigating circumstance: Coop plays a novelist in that one so, yeah, understandable that audiences wouldn’t come a-running.) Most troubling: In the Cold Light of Day, a kidnapping drama with Taken-y sleeper hit potential, totally tanked, only managing $1.8 million for a 13th-place finish. And that one stars Henry Cavill, a.k.a. our next Superman! We know you’re not infallible like Clark Kent, Henry, but please don’t go around so brazenly reminding us of this?

OK, pep-talk time — shake it off, Hollywood box office. Bounce back next week. You got Channing Tatum coming up in 10 Years, and he’s bringing a weird goatee with him! You got Finding Nemo getting re-released, in 3-D this time! Plus a 50 Cent movie and a Nicolas Cage movie in the same week!!! You’re probably not going to be as historically terrible, Hollywood box office!