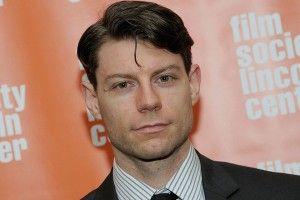 Almost Famous was a treasure trove of feel-good triumphalism, but it’s got a sad little footnote attached to it: For some reason, Cameron Crowe has never quite been able to bring the hot sauce since. I mean, I’ll go to bat for Vanilla Sky any day of the week (that crazy twist ending?! With the thing?!), but critical consensus isn’t quite as warm, and after that we’re talking Elizabethtown and, gah, We Bought a Zoo. And then there’s the post-AF career of Patrick Fugit, who you know better as Rolling Stone’s most adorable cub reporter, William Miller. While he’s been popping up in stuff steadily since — Saved!, Wristcutters: A Love Story, this MadTV Almost Famous parody that I’m just finding out about now and is totally incredible — without ever getting another juicy leading role. It wasn’t the most surprising thing that his career didn’t shoot off into the stratosphere: A large part of Fugit’s charm in Almost Famous was his blankness, and blankness is probably not the most desired tool in the actor’s arsenal. But, considering how hard he slayed in Almost Famous, it was still a bit of a drag. Anyway, you can dry your tears now. The kid from Almost Famous just got a TV show.

When his wife Sarah Harrison (Eloise Mumford) is unjustly imprisoned during a political uprising overseas, resourceful problem solver David Ritter (Fugit) desperately pursues every legal option to secure her release. But when he’s stymied by the U.S. government in the name of diplomacy, David is forced to consider less-than-legal options — entering a world of political intrigue, dangerous alliances and high emotional stakes.

David is described as good-looking, pleasant, kind and a bit guarded. His methodical and meticulous manner serves him well as an engineer at a high-end manufacturing facility that turns out precision components for aircraft engines.

Kind of sounds like a super-slow version of Taken, with Fugit as a super mild-mannered Liam Neeson? I’m in! Also, Ernie Hudson Jr.’s in this thing too, so the good omens roll on. Now we just need Crowe to churn out another solid bit of happy-cry-inducing cinema (up next: an untitled project with Emma Stone and Bradley Cooper attached) and The Curse of Almost Famous is snapped for good.